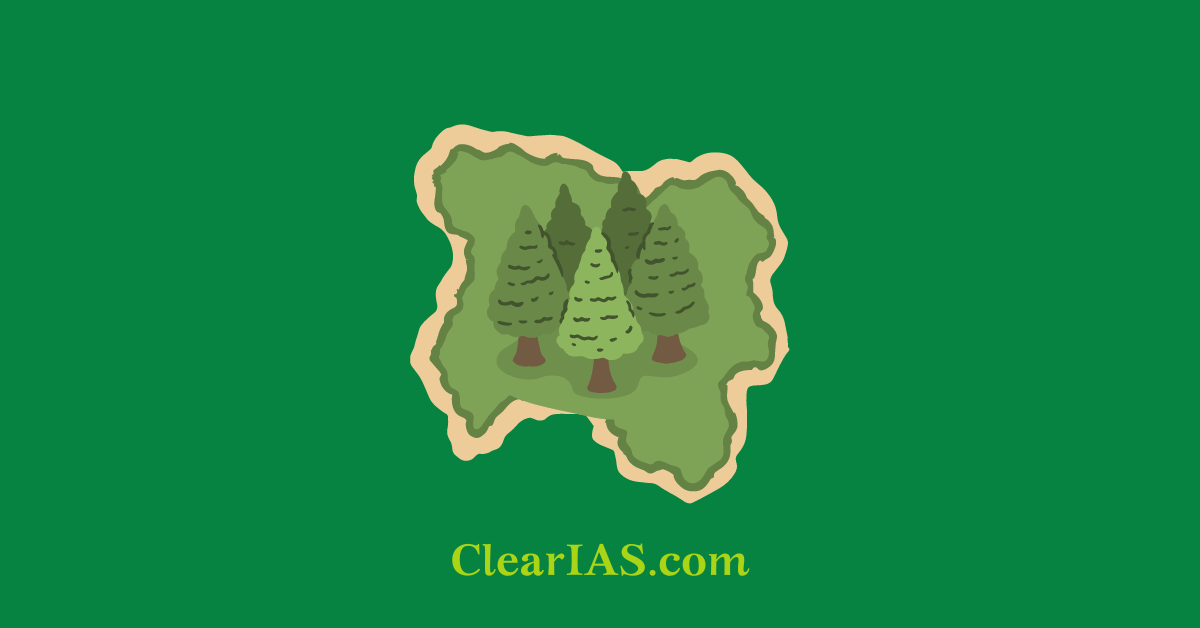 Eco-Sensitive Zones (ESZs) or Ecologically Fragile Areas (EFAs) are areas around Protected Areas, National Parks, and Wildlife Sanctuaries. The purpose of declaring ESZs is to create a shock absorbers space in the protected areas by regulating and managing the activities around such areas. Read here to know more about ESZ.

The Supreme Court ordered in June 2022 that an eco-sensitive zone (ESZ) be required to extend for at least one mile from all national parks, wildlife sanctuaries, and protected forests across the nation.

Over the years there have numerous protests against eco-sensitive zones arguing that enforcement of the Environmental Protection Act of 1986 and the Wildlife Protection Act of 1972 has caused government officials to violate the rights of forest communities and adversely damage their way of life and livelihood.

It seeks to lessen ecological imbalances and the conflict between humans and the natural world.

Declaring ESZs aims to create protected areas by regulating and limiting specific activities, particularly in the vicinity of natural parks and wildlife sanctuaries.

It covers regions that are deemed eco-fragile zones and are subject to regulations within 10 kilometers of the borders of national parks and wildlife sanctuaries.

Ecologically Sensitive Zones are notified by the Central Government through the Ministry of Environment Forests and Climate Change under the Environment Protection Act 1986.

Although the 10-km rule is applied as a general guideline, its exact scope can vary. If areas exceeding 10 km contain bigger ecologically significant “sensitive corridors,” the Union government may additionally declare those areas to be ESZs.

The establishment of industries, the use of commercial timber, mining, and tourism are prohibited in these Zones.

The establishment of ecologically sensitive zones aims to preserve biodiversity and ecological balance in various parts of the nation where the rapid expansion of various development projects, such as the establishment of industry, mining, the construction of dams, and the building of roads, pose a threat to the natural environment and animal habitat.

Due to rising pollution, these development efforts have resulted in the depletion of forest lands and hampered their natural expansion.

The regions designated for the survival and development of native plants and animals must be shielded from human interference by erecting a barrier around them.

The Eco-sensitive Zones regulations outline the 10 km perimeter around protected areas that, in many jurisdictions, fall inside habitat zones and have an impact on development activities.

Tourism is being encouraged in ESZ which if not regulated will tend to environmental degradation and displacement of the local population from the area.

To deal with these challenges, the government proposed that the boundary of ESZs had to be determined based on region-specific requirements.

By preserving biodiversity and the organic development of flora and fauna, natural parks and wildlife refuges provide a substantial contribution to the ecological balance.

Therefore, it is essential to safeguard these places from the negative effects of human involvement and to maintain the ideal ecological equilibrium.

Also, it is pertinent that the livelihood of local people dependent on the eco-sensitive zines should be protected and alternate options should be made available to them.