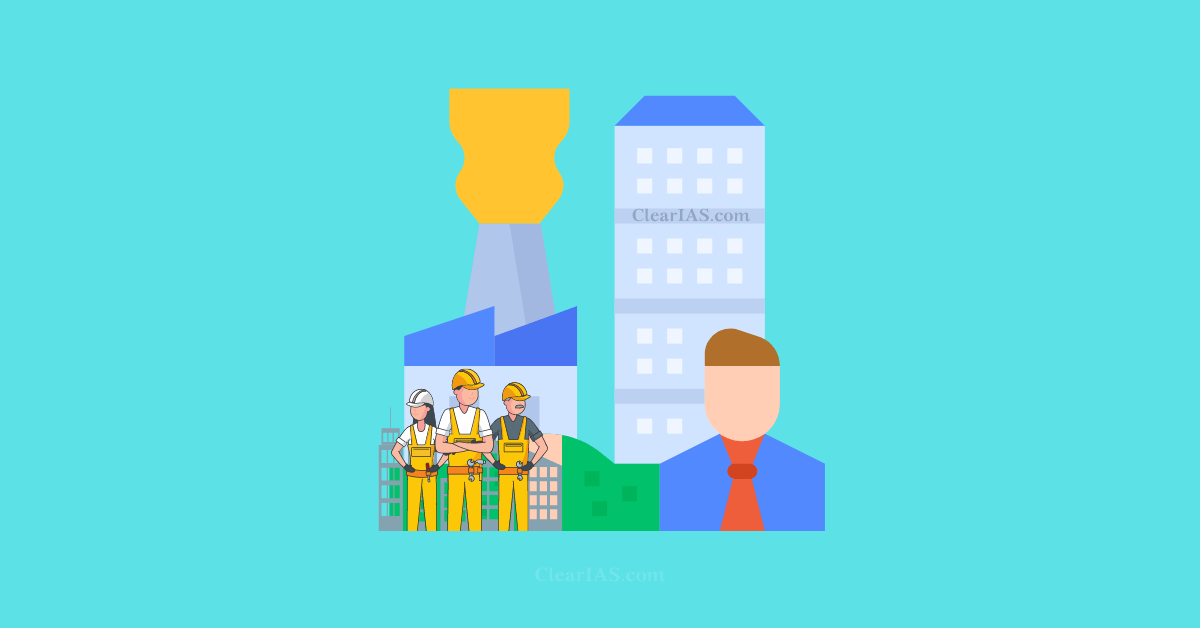 What are the Factors of Production? What do you mean by factor income and non-factor income? Read this article to know more.

The objective of any economy is to produce goods and services.

The more goods and services a country produces, the more income the country generates.

What are the factors of production?

Factors of production are those inputs used in the production process to produce the outputs (finished goods and services).

Factors of production are the resources used by people to produce goods and services.

There are mainly four factors of production. They are (1) Land (2) Labour (3) Physical Capital and (4) Human Capital.

Every production is organised by combining land, labour, physical capital and human capital, which are known as factors of production.

The first factor of production is land.

However, in economics, by land, we mean all that is given to us free by nature.

This includes not just land, but anything that comes from the land.

Most of the natural resources like soil, water, forests, minerals, petroleum, sunlight, wind etc come under the category of land – the first factor of production.

Note: The income that the owners of the land earn in return for land resources is called rent.

The second factor of production  – Labour – includes all efforts of human beings used for the production of goods and services. Labour include physical and mental labour.

Note: The income earned by labour resources is called wages.

Capital denotes all tools humans use to produce goods and services. For example, a stethoscope is the capital of a doctor.

Tools, machines, buildings etc that can be used in production over many years are called fixed capital.

Raw materials and money in hand are called working capital. Unlike tools, machines and buildings, these are used up in production.

You should note here that some economists do not consider money in hand as capital. This is because money merely facilitates trade, but it is not in itself a productive resource. Only if it is a productive resource, it can be considered as capital (fixed capital). It is not money but the capital goods such as machinery and tools bought by the money that are used to produce goods and services.

Note: The income earned by owners of capital resources is interest.

Only those with knowledge and entrepreneurial skills will be able to put together land, labour and physical capital and produce an output.

Unless somebody takes an initiative, no business can be started. The one who takes this initiative is termed an entrepreneur.

An entrepreneur is a person who combines the other factors of production – land, labour, and capital – to earn a profit.

Think of the entrepreneurship of Bill Gates, Elon Musk, or Jeff Bezos.

Note: The income accruing to the entrepreneur is termed as profit.

What is the meaning of income?

What are the types of income?

We have so far seen that people receive different types of incomes – rent, wages, interest, and profit.

We also receive gifts and donations from others without giving anything in return.

A factor income is an income accruing to a factor of production in return for the services rendered to the production unit.

There are certain money receipts that do not involve any sacrifice on the part of their recipients. They are not earned by playing a role as a factor of production – hence this income has no connection with the production of any goods and services. Such incomes are known as non-factor income.

No production activity is involved in getting these incomes.

These incomes are also called transfer incomes because such income merely represents the transfer of money without any good or service being provided in return for the receipts.

These incomes are not included in national income.

Why is it not easy to produce more goods and services?

Let’s try to find the answer to the question we raised at the beginning.

We have now learned that if we produce more goods and services we earn more income. It can be either as rent, wages, interest, or profit.

The more income a country generates, the richer it will become.

Then, why nations are not able to increase production? Why is it not easy to increase Gross Domestic Product (GDP)?

It is not easy to produce more goods are services because factors of production are limited in nature.

Yes, goods and services are scarce because the four factors of production (land, labour, capital, and entrepreneurship) are scarce.

Once we realise this concept, it is easy to understand most of the economic principles.

Economics is the study of how society allocates these scarce resources (land, labour, capital, and entrepreneurship) to produce output (goods and services).

The scarce resources – four factors of production – land, labour, capital, and entrepreneurship – form the building blocks of any economy.