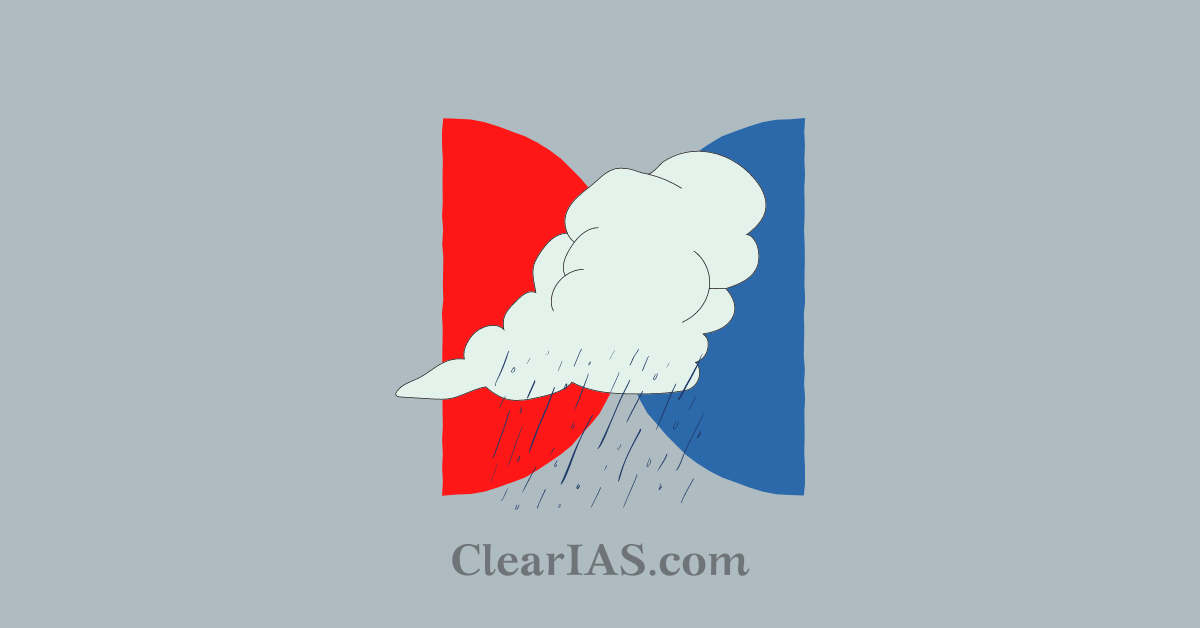 What are Fronts and their types? How are they formed? What is their significance concerning global climate? Know more here.

What is a front?

It is an inclined zone along which two opposing air masses having contrasting characteristics in terms of air temperature humidity density pressure converged together.

An extensive transitional zone between two converging air masses is called a frontal zone. The frontal zone is inclined at a low angle to the Earth’s surface.

They are characterized through common characteristics such as large differences in air temperature across the convergence zone and bending isobars.

It is also a zone of intensification of low pressure, cooling of rising hot and humid air, condensation, cloud formation, and precipitation

Based on the nature of convergence, relative acceleration of air masses, and stages of front formation, four types are identified- 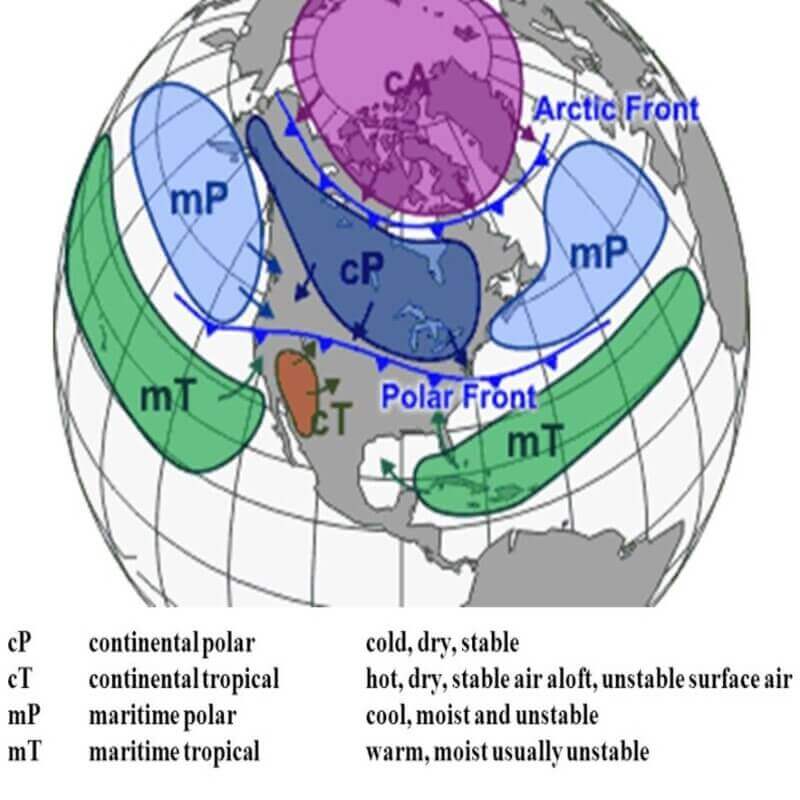 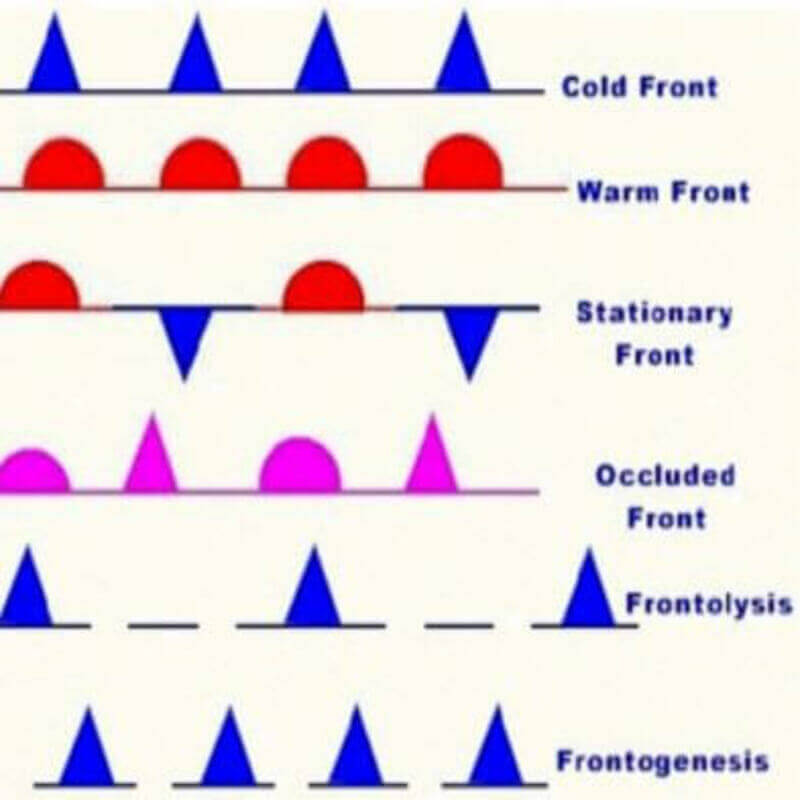 Instead of causing clouds and storms, some frontogenesis just causes a temperature change but some front formations can start Earth’s largest storms. Tropical waves are a front that develops in the tropical Atlantic Ocean off the coast of Africa. These can also develop into tropical storms or hurricanes if conditions allow.

They move across the Earth’s surface over multiple days and the direction of movement is often guided by high winds, such as Jet Streams.  Landforms like mountains can also change the path of convergence.