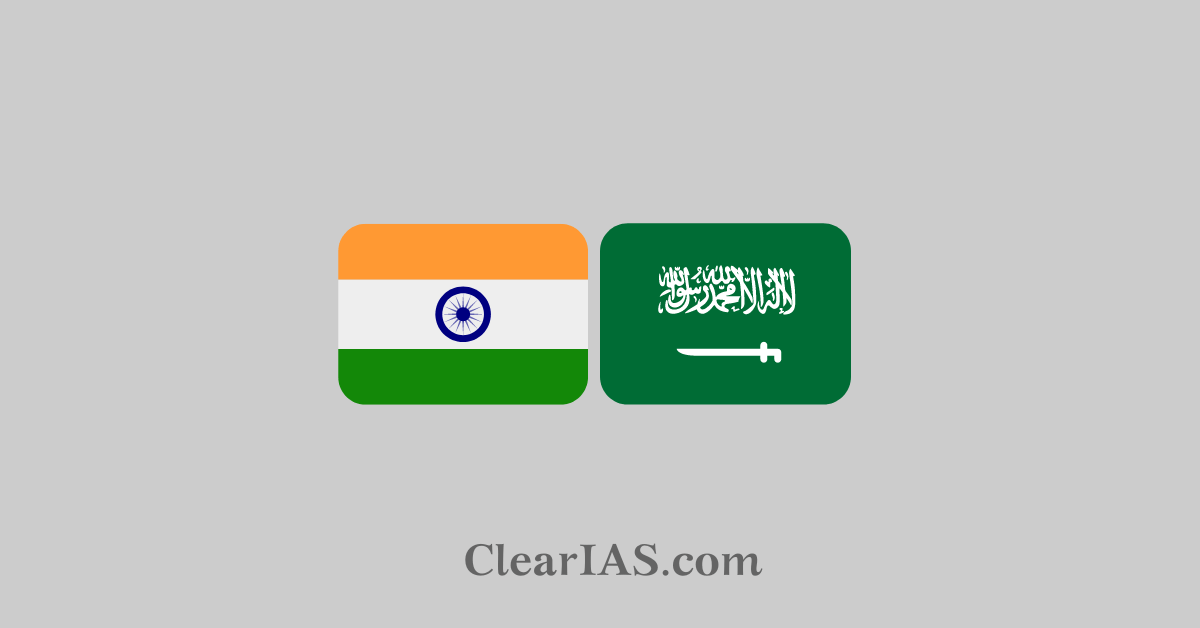 In September 2022, the Union Minister of Commerce and Industry, Consumer Affairs, Food, and Public Distribution and Textiles visited Saudi Arabia to attend the Ministerial meeting of the India-Saudi Arabia Strategic Partnership Council.

The Strategic Partnership Council was instituted in October 2019 during the visit of the Prime Minister of India to the Kingdom of Saudi Arabia and has two main pillars:

Outcomes of the meeting: 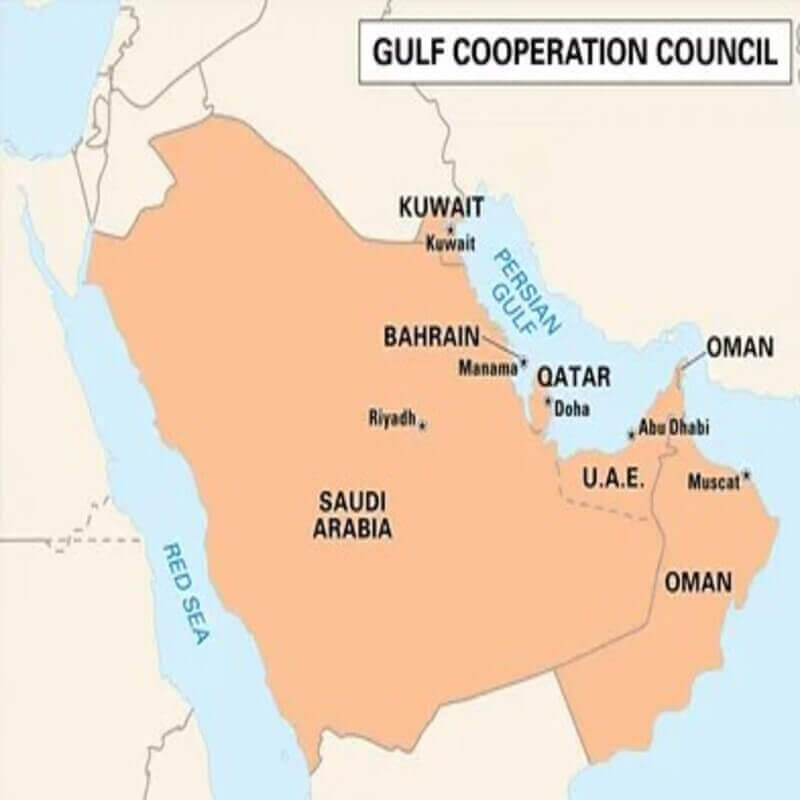 The third millennium BC marks the beginning of trade and cultural ties between ancient India and Arabia.

By the year 1000 AD, commercial ties between Arabia and southern India were thriving and served as the foundation of the Arabian economy.

Before the development of European imperialist powers, Arab traders had a monopoly on the spice trade between India and Europe.

One of the first countries to forge ties with the Third Saudi State was India.

The establishment of diplomatic relations in 1947 was followed by high-level visits from both sides. King Saud visited India in 1955 and Prime Minister Jawaharlal Nehru visited the Kingdom in 1956.

The year 2021-22 commemorates 75 years of India’s independence as ‘Azadi ka Amrit Mahotsav’. This celebration also coincides with 75 years of establishment of diplomatic relations between India and Saudi Arabia.

In 2006, the ‘Delhi Declaration’ was signed during the visit of King Abdullah to India, imparting fresh momentum to the bilateral relationship.

The reciprocal visit by Prime Minister Dr. Manmohan Singh to Saudi Arabia in 2010 and the ‘Riyadh Declaration’ signed during the visit raised the level of bilateral engagement to a ‘Strategic Partnership’.

Saudi Arabia is India’s fourth largest trade partner (after China, the USA, and Japan) and a major source of energy as India imports around 18% of its crude oil requirement from the Kingdom.

Saudi Arabia is also a major source of LPG for India.

Major imports from Saudi to India:

Other proposed major investments include:

In 2021, an MoU on Yoga Cooperation was signed between the Saudi Ministry of Sports and India’s Ministry of AYUSH, which paved the way for the establishment of formal Yoga standards and courses in the Kingdom, marking the first time such standards were being implemented by any country in the Gulf region.

Approximately 2.2 million strong Indian community is the largest expatriate community in the Kingdom.

The annual Hajj pilgrimage is another important component of Indo-Saudi bilateral relations.

Both countries used the G20 platform to discuss strategies to combat the Covid-19 pandemic.

In February and March 2021, in two separate consignments, India provided 4.5 million COVISHIELD vaccines to the Kingdom, whereas, during the second wave, the latter provided India with COVID-relief material, particularly liquid oxygen.

Saudi Arabia is an important country to strengthen India’s ‘Look west policy’. It also plays an important role in encouraging India’s long-term plans of economic cooperation with the GCC.

India should promote its exports in various sectors to Saudi to balance the trade deficit currently in place.

Good relations between India-Saudi Arabia will also help India to engage with Pakistan in terms of controlling terrorism, and the issue of Afghanistan.

The joint efforts of India-Saudi Arabia have the power to empower and transform southwest Asian geopolitics, trade, and commerce.