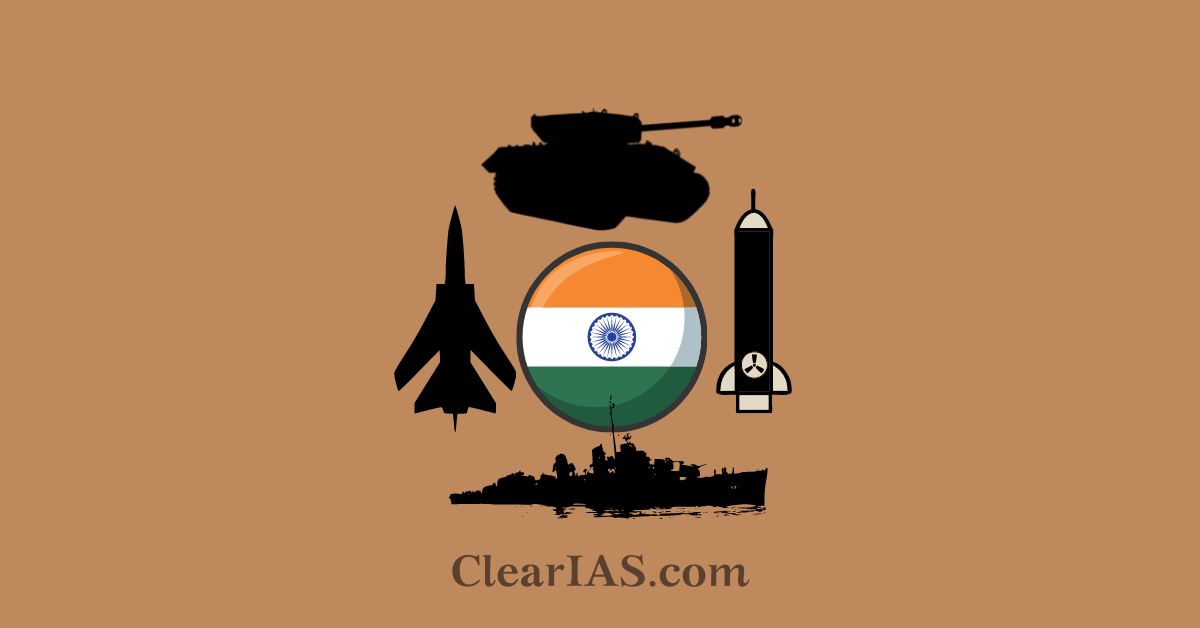 Self-reliance in defence is of vital importance for both strategic and economic reasons, hence building an indigenous defence potential is essential. The presence of robust security architecture is primary for India’s geopolitical ambitions and against hostile neighbours’ actions.

What is meant by the indigenisation of Indian defence?

Indigenisation is the capability of developing and producing any defence equipment within the country to achieve self-reliance and reduce the burden of imports. It involves creating an ecosystem to design, develop and manufacture different types of equipment indigenously.

A country like India with its immense potential and strategic location requires to be self-reliant, hence it is important to pursue the idea of indigenisation for:

History of the Indian defence sector

The conflict with China in 1962 alerted India of her under-preparedness for war which led to increasing the defence expenditure to 2.3% of GDP.

In the Indo-Pak war of 1965, the US imposed an embargo on the export of arms led to the defence ties with the soviet union intensifying.

But over the years, the overdependence on the Soviet Union for defence equipment had forced a change in India’s approach to defence industrialization from license-based production to indigenous design-based production.

In the mid-1980s, the government started pumping resources into research and development to help DRDO to undertake high-profile projects.

The most relevant development in defence indigenization was made in 1983 when the government-sanctioned the Integrated Guided Missile Development Programme (IGMDP)to develop five missile systems:

In 1990 Self Reliance Review Committee(SRRV) under A.P.J. Abdul Kalam, formulated a 10-year self-reliance plan which proposed a self-reliance index (SRI) (defined as the percentage share of indigenous content in total procurement expenditure), to be increased from 30% in 1992-1993 to 70 % by 2005. This target has not been achieved till today.

The efforts in indigenisation were not enough to meet the requirements of the armed forces, which caused a shift of focus towards co-development and co-production in partnership with foreign companies.

India has also partnered with other countries such as Israel and France for several projects.

The current legal framework and regulators to support defence policies in India include:

Current developments in indigenisation of the defence sector:

Tejas aircraft: DRDO is trying to develop an indigenous Kaveri engine for the aircraft.

The Pinaka multi-barrel rocket launcher was developed by RDE, Pune.

Supersonic cruise missile Brahmos was developed by a joint venture with Russia.

The above-mentioned challenges faced by the indigenisation of the Indian defence plan need to be addressed by emphasizing the ‘Make in India’ plan.