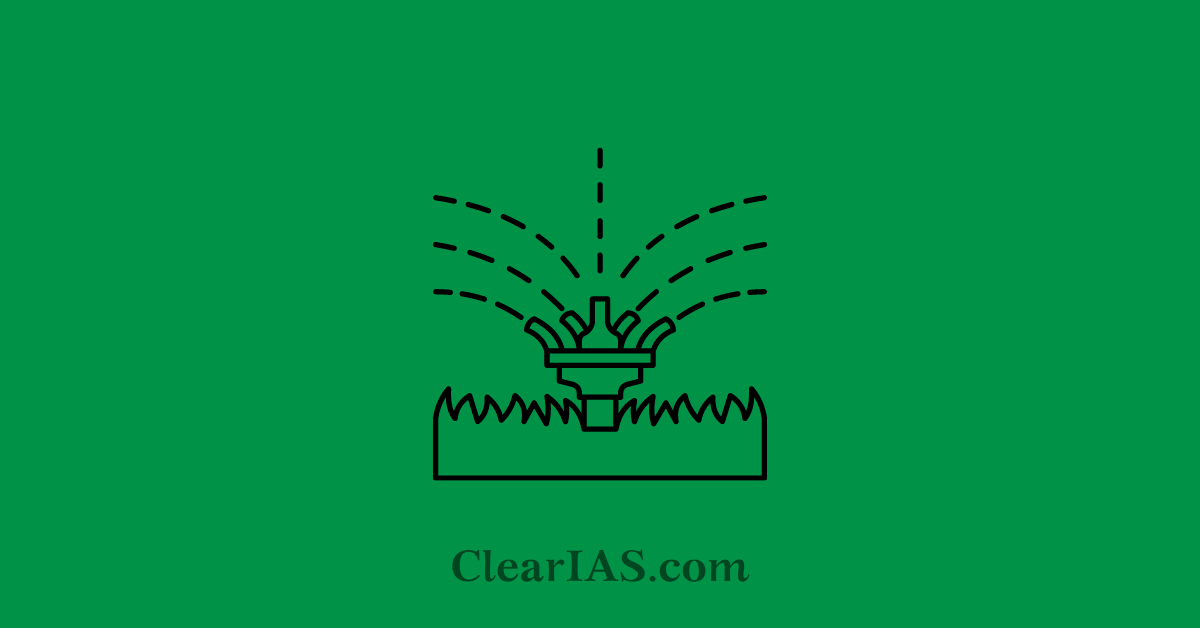 Agriculture is the key to the development of human civilization and the nerve of the economic well-being of any country. Irrigation systems are a major process aiding agriculture for centuries.

Ancient civilizations in many parts of the world practiced irrigation. Civilization would probably not be possible without some form of irrigation.

The earliest form of irrigation probably involved people carrying buckets of water from wells or rivers to pour on their crops. As better techniques developed, societies in Egypt and China built irrigation canals, dams, dikes, and water storage facilities.

Ancient Rome built structures called aqueducts to carry water from snowmelt in the Alps to cities and towns in the valleys below. This water was used for drinking, washing, and irrigation.

Irrigation is the artificial application of water to the soil or agricultural field. It is like supplementing rainwater with another source of water. It is mostly used in dry areas and during periods of insufficient rainfall.

The main idea behind these systems is to assist in the growth of crops and plants by maintaining the minimum amount of water required, suppressing weed growth in fields, and preventing soil consolidation.

It is considered a basic infrastructure and vital input required for agricultural production. The major aim is to maintain the agricultural output with a minimum amount of water, maintenance of landscapes, and re-vegetation of disturbed soils.

These systems are also used for dust repression, removal of sewage, and mining. Irrigation is often studied together with drainage, which is the natural or artificial removal of surface and sub-surface water from a given region.

It also has effects on crop production, which include:

The three basic and broad classifications of irrigation methods are:

In this technique, water flows and spreads over the surface of the land. Varied quantities of water are allowed on the fields at different times.

Agriculture is subject to variations in monsoon in the country. As per World Bank, only 35% of India’s agricultural land is irrigated. The remaining 65% of farming is rain-dependent, most of which takes place over just a few summer months.

The problem of land degradation in rain-fed or dry-land areas is expected to increase in the coming years.

The arable or cultivable land is being converted for non-agricultural purposes adding to the food crisis while the population keeps increasing.

Another major issue is the overexploitation of groundwater, which is a major concern in the states of Haryana, Delhi, Punjab, Tamil Nadu, Rajasthan, etc. Alarmingly, the groundwater level has been going down in almost all parts of the country.

The increasing desertification of India’s soil is a threat to every agricultural development in the country.

The lack of irrigated land for agriculture is a major issue that needs to be addressed more aggressively. The farmers should be made aware of the numerous options available to them when it comes to irrigation and be educated about it.