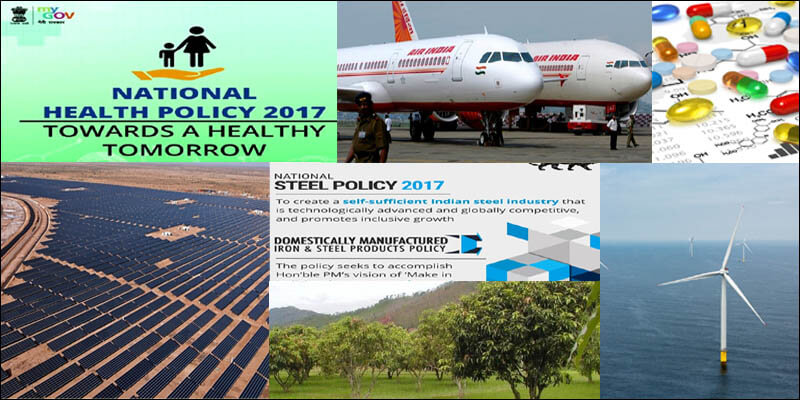 This post is a compilation of the major national policies of India. 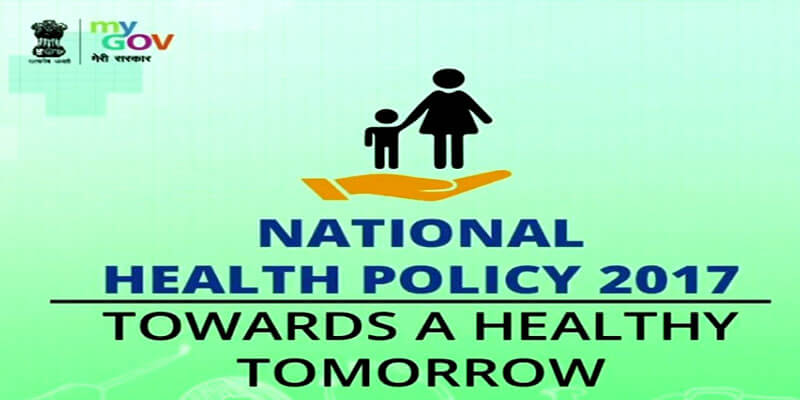 It has been 14 years since the last health policy and the priorities have been changing rapidly since then. The four major changes are:

Keeping in view of these changes and with the goal of attainment of a highest possible level of health and well being for all, National Health Policy 2017 has been formulated.

It is thus clear that the chief objective of the government is the provision of universal access to health care services. This can be achieved by sticking to the proposed deadlines and increase in the health expenditure. 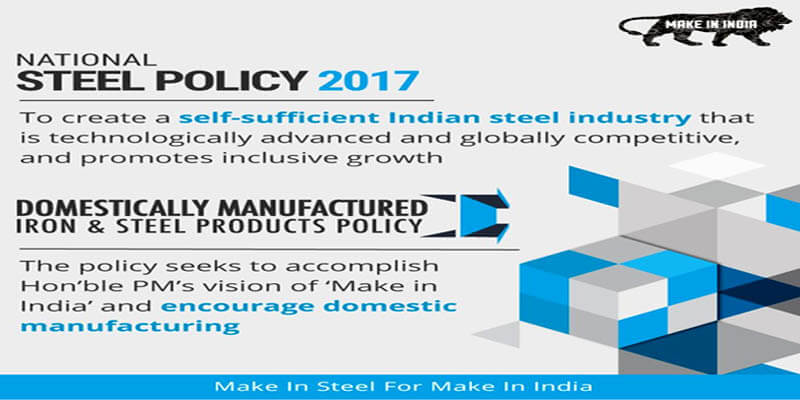 The industrial development of any nation depends upon the presence of a vibrant steel industry. Steel finds its use in a wide range of applications. In India, steel has an output multiplier effect of nearly 1.4X on GDP and employment multiplier factor of 6.8X.

The aim of National Steel Policy, 2017 is to steer the steel industry achieve its full potential as well as enhancing the steel production while being globally competitive.

Thus, the policy envisages achieving self-sufficiency in the steel sector and encourages the industry to be a world leader in steel production in a sustainable manner.

Empowerment is a process which helps women to realize their full potential through the access to opportunities and choices along with the freedom of decision making both within and outside home.

Nearly a decade and a half has passed since the National Policy for the Empowerment of Women (NPEW), 2001 was formulated. Since then, significant changes have taken place impacting the women in particular thereby necessitating a new policy.

No society can truly move forward by leaving more than half of its population behind and thus making women equal partners in every sphere is necessary. The policy envisages this goal. 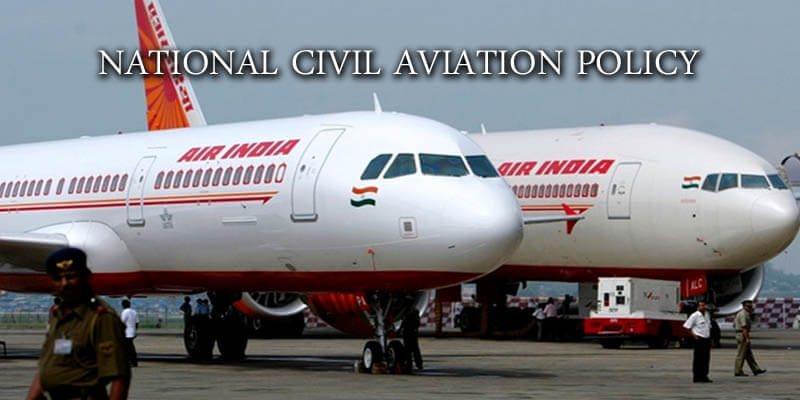 Despite having the advantages of an ideal geographical location between the eastern and western hemisphere, a strong middle class and a rapidly growing economy, the Indian aviation sector has not achieved the position it should have. A study of International Civil Aviation Organization (ICAO) says that the output multiplier and employment multiplier are 3.25 and 6.10 respectively and thus India wants to promote the growth of aviation sector.

The growth in aviation will create a large multiplier effect in terms of investments, tourism and employment generation and the National Civil Aviation Policy (NCAP 2016) is a step to achieve this growth.

Thus, the policy aims to provide safe, secure, affordable and sustainable air travel for passengers and air transportation of cargo with access to various parts of India and the world. 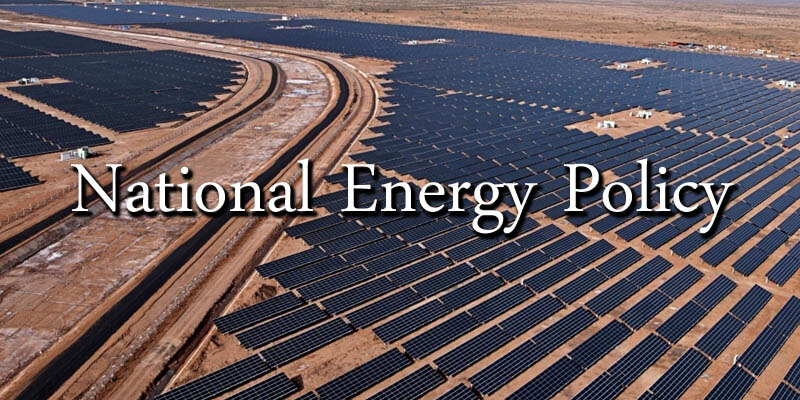 It is evident from the correlation between per capita electricity consumption and Human Development Index, energy is considered as a key input towards raising the standard of living of the citizens. The National Energy Policy (NEP) aims to build on the achievements of the previous energy policy- Integrated Energy Policy (IEP) and set a new agenda.

The energy demand of India is going to further increase in future. Thus, a policy which is able to meet the twin objectives of meeting the energy demand and India’s commitment to renewable energy is the need of the hour. 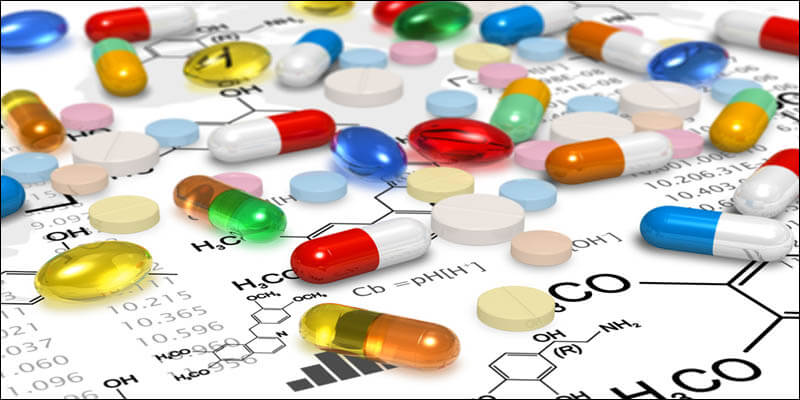 The Indian Pharmaceutical sector is robust and thriving. It is largely fuelled by exports and is the 3rd largest foreign exchange earner for India. For the reason of providing high-quality drugs at competitive prices, India is called as the ‘pharmacy of the world’.

However, in the recent times, there are few concerns regarding adherence to the quality standards, dependence on imports for key starting materials, lack of R&D and growing competition from other countries. To set right the deficiencies of the previous policies and considering the developments in the pharmaceutical sector, a new policy was framed.

The policy concerns itself with making essential drugs accessible at affordable prices to all and also for achieving self-reliance in the end to end indigenous drug manufacturing. 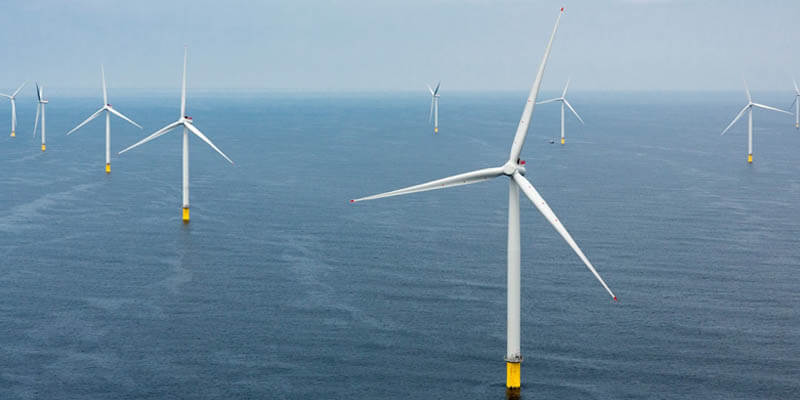 With this policy, the government is trying to replicate this success in offshore wind energy too.

The policy shows the commitment of India to achieve energy security in a sustainable manner by developing renewable energy sources. 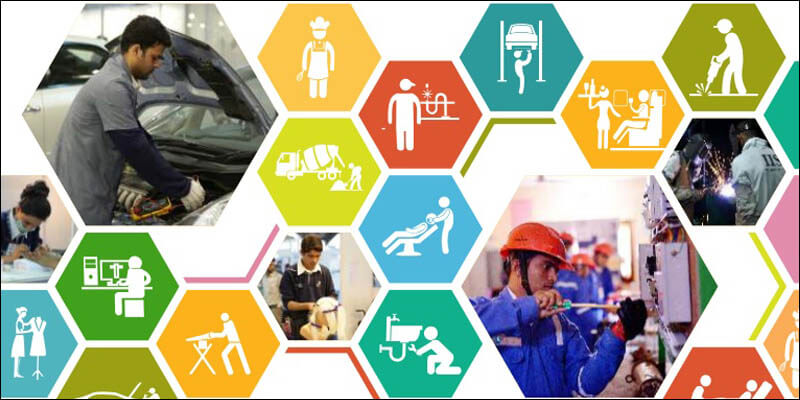 India is on the verge of a demographic opportunity. The country’s population pyramid is expected to bulge across the 15-59 age groups over the next decade. In the next 20 years, the labour force in the industrialized world is expected to decline by 4% whereas in India it will increase by 32%. This demographic dividend poses both a challenge and a threat. To reap its benefits, India needs to equip its workforce with employable skills. To meet the dual challenges of lack of skilled labour and non-employability of large sections of the workforce, skill development is to be accorded high priority.

Another key aspect which needs to be given priority is entrepreneurship which can be a source of employment generation and economic development. National Skill Development and Entrepreneurship policy of 2015 supersedes the previous policy of 2009 so as to make room for the changes taken place in the skilling ecosystem lately.

The policy aims to bridge the demand-supply gap of skilled workforce and increasing the participation of women and underrepresented groups in entrepreneurship. 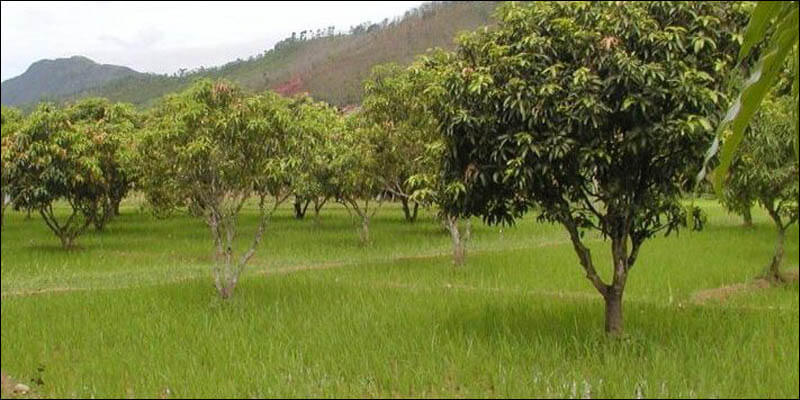 Agroforestry is defined as a land use system which integrates trees and shrubs on farmlands and rural landscapes to enhance productivity, profitability, diversity and ecosystem sustainability (as stated in the policy).  Agroforestry has a huge potential to provide employment opportunities and is widely practised in both irrigated and rainfed conditions. As envisaged in the National Forest Policy (1988), to meet the target of increasing forest or tree cover to 33 percent from the present level, agroforestry is perhaps the only alternative.

The mandate of agroforestry falls under various departments, ministries, agencies etc and thus a dedicated policy to pursue agroforestry in a systematic manner was necessary.

Agroforestry serves the dual purposes of increasing the farm income as well as reducing the climate risk. This policy thus aims to promote agroforestry. The previous National Urban Transport Policy was framed in 2006 with the motto of moving people rather than vehicles. Many years have passed since then and there was a need to control the growing pollution and to conserve energy. Thus, planning and management of urban transport services require immediate attention.

Thus, the government aims to plan for the people rather than the vehicles and promote the use of public transport by making it more reliable, user-friendly and safe. 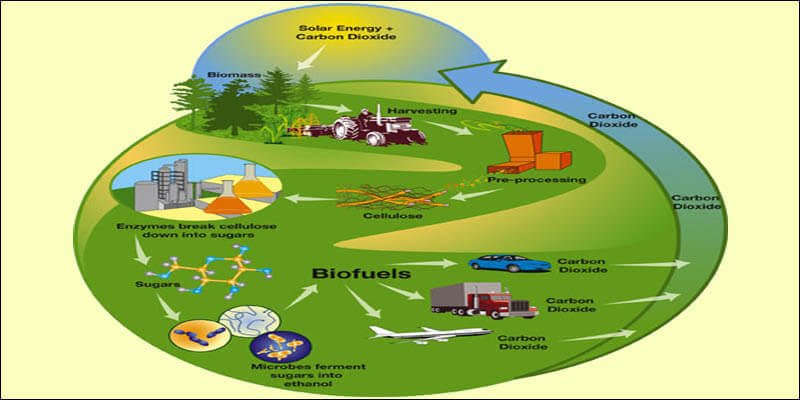 India is one of the fastest growing economies and the energy needs of the country are bound to increase in the future. Although fossil fuels would continue to play a dominant role in the energy scenario in the coming decades, the non-renewability and polluting nature of them must be considered. India is endowed with renewable energy resources and they must be used so as to mitigate the effects of climate change.

Biofuels are derived from renewable biomass resources and hence their use could be encouraged to promote sustainable development. The Indian approach to biofuels is based on non-food feedstocks thus avoiding a conflict of fuel vs. food security.

Thus the policy aims to ensure the availability of minimum levels of biofuel in the market to meet the demand at any given time.