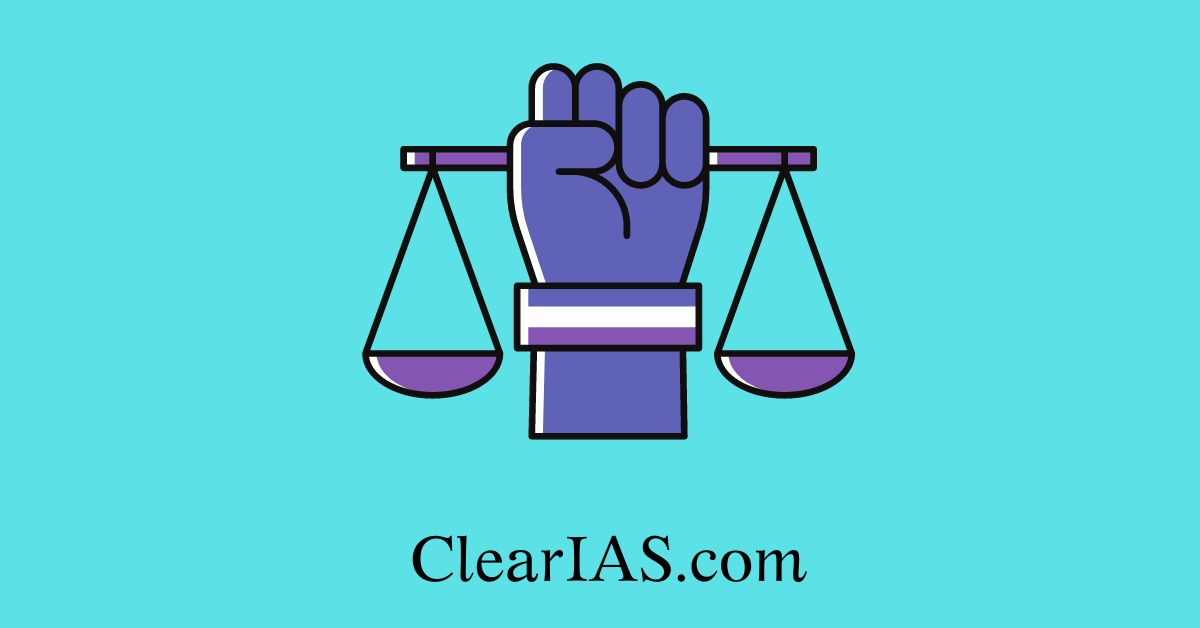 They constantly interact with each other and with their surrounding environment which keeps their lives woven together.

To enjoy life to its fullest, they must possess certain rights referred to as human rights.

What are human rights?

Human rights are the rights that humans are entitled to, by virtue of being human.

But with rights, come duties; to protect the rights of fellow humans. An effective balance between these rights and duties facilitates a healthy living space for all. Human rights as a concept are still evolving.

Internationally and nationally, Human Rights are the rights relating to life, liberty, equality, and dignity of the individual guaranteed by the Constitution or embodied in the International Covenants and enforceable by courts in India. The National and state Human rights commission is an embodiment of India’s concern for the promotion and protection of human rights.

It is in conformity with the Paris Principles, adopted at the first international workshop on national institutions for the promotion and protection of human rights held in Paris in October 1991. It was endorsed by the General Assembly of the United Nations by its Regulations 48/134 of 20 December 1993.

What is the composition of the NHRC and SHRC?

Both NHRC and SHRC are multi-member bodies consisting of a chairperson and five members and a chairman and three members respectively.

NHRC: They are appointed by the President on the recommendation of a six-member committee comprising the Prime minister, the Speaker of the Lok Sabha, the Deputy Chairman of the Rajya Sabha, the Leader of the opposition of both the houses and the central Home minister.

SHRC: They are appointed by the Governor of the state on the recommendation of a six-member committee comprising the Chief Minister, the Speaker of the Legislative Assembly, the Deputy Chairman of the Legislative council if present, the Leader of the opposition of both the houses and the State Home minister.

The chairperson and the members hold office for a period of 3 years or until they attain the age of 70, whichever is earlier.

Functions of the commission

The Commission shall perform all or any of the following functions, namely: –

Working of NHRC and SHRC

The commission is vested with the power to regulate its own affairs. It has all the powers of a civil court and its proceedings have a judicial character. It may call for information from any state government or any subordinate authority.

It cannot inquire into a case after the expiry of one year after the date on which the alleged human rights violence occurred.

It can take any of the following actions during or after an inquiry has been completed:

Problems faced by the NHRC

The National and state human rights commission has been functioning for nearly three decades now. They have taken several measures to promote a culture of human rights in the country. These include awareness programs by way of imparting training and bringing out publications, Seminars, and Workshops on human rights issues, reviewing various laws/ rules from a human rights perspective, and making recommendations to make them more human rights friendly.

They also assess the implementation of various programs/ schemes of Government which has a bearing upon the enforcement of human rights and make suggestions for better implementation/ enforcement.

However, there are certain issues associated with their functioning, as we already discussed. It is in the best interest of citizens, that these issues are resolved at the earliest. A wholehearted attempt from the legislature and the executive to ensure the autonomy of these institutions is necessary for this.