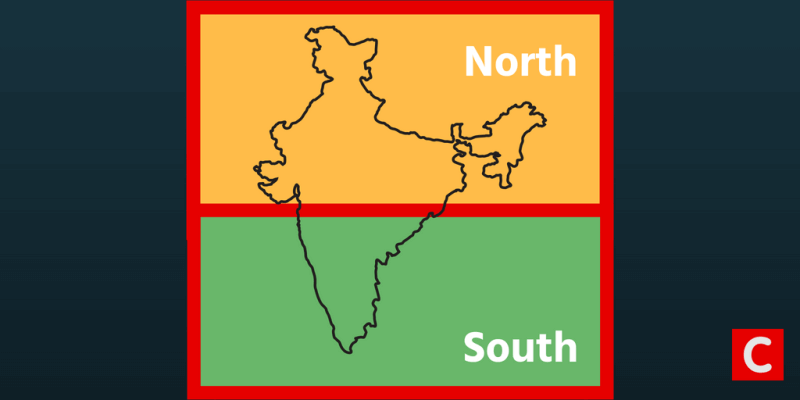 Is there a Growing Regional Divide in India? The North India-South India Divide became a topic of debate recently when former Chief Minister of Karnataka Siddaramaiah raised the issue of North developing at South’s expense.

This is what Siddaramaiah had said 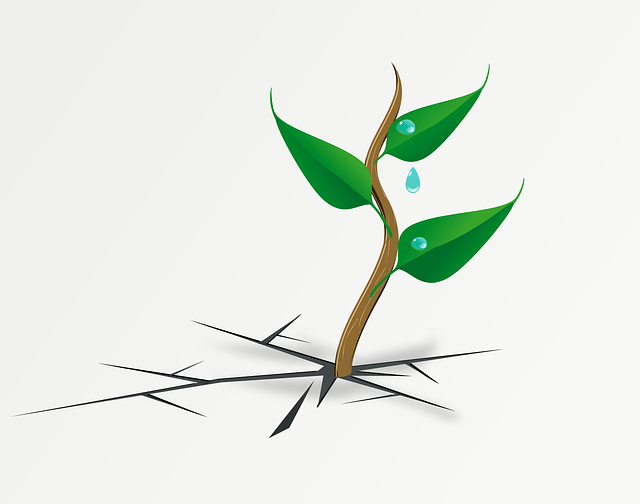 North-South India is generally represented by states to north and south of Vindhyas.

This imaginary distinction between north-south India has a history that goes back to the pre-independence era. From time to time, this fault line becomes active, leading to the polarisation of North-South India.

The Polarization of North-South India: What we will analyse in this article?

Politicisation of this fault line has lead to many consequences for India as a nation. Political parties of both North and South India have made this imaginary separation a plank for their political entrepreneurship.

This North-South divide is characterized by various fault lines like geography, economy, politics etc. Spatially and temporally, these fault lines had been activated at various times.

Currently, there is a resurgence of Dravida Nadu concept in South India. We will analyze the reason behind it. Fifteenth Finance Commission(FC) has been constituted by the Central government. But there is a lot of brouhaha regarding the Terms of Reference of this FC. We will examine the issue and how it relates to the question of the North-South divide.

Finally, we will see the implications of the North-South divide and consequences caused by the frequent politicization of the issue. We then conclude by emphasizing the need for unity of North and South, and more importantly for India and steps to be taken to ensure this unity.

History of the N-S divide: The Dravida Nadu Concept 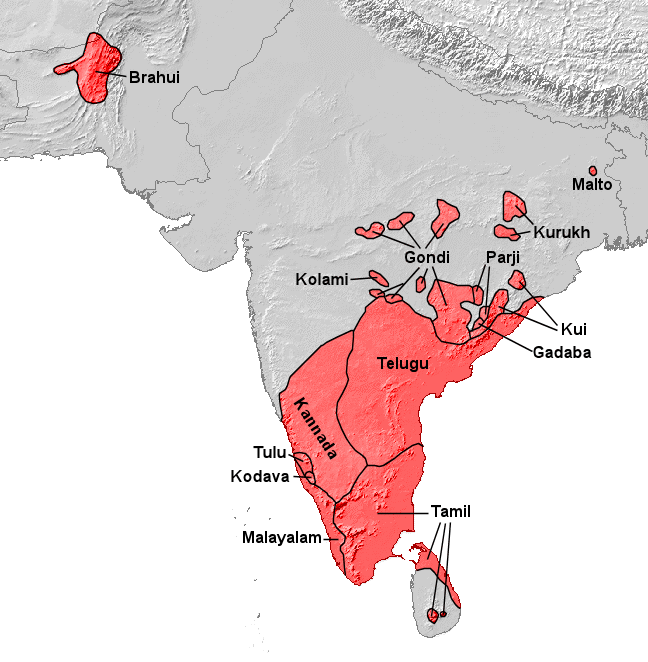 Dravida Nadu is the name of a hypothetical “sovereign state” demanded by Justice Party led by E. V. Ramasamy and the Dravida Munnetra Kazhagam (DMK) led by C. N. Annadurai for the speakers of the Dravidian languages in South Asia.

Post Independence, the demand for such a pan Dravidian state declined due to various reasons:

Though the demand for Dravida Nadu was faded away post-independence, the North-South fault line was not erased into oblivion. Even though it remained dormant, many issues were cropped up during the Post-Independent era which made these fault lines bleed. Also, from time to time, political parties rekindle various fractures along these fault lines to cater to their short-term political ambitions. 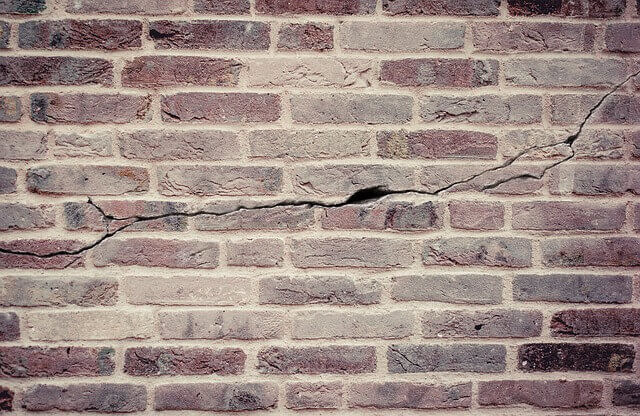 While South India was relatively immune from such invasions, the proximity of sea and trade through them had given South a distinct culture vis-a-vis North, which was influenced largely by trade through land routes, manifested in Silk Road.

Constitutional dimension of the North-South divide is largely subsumed in the larger issue of Centre-State relations and issues relating to federalism in India. These two fault lines, North-South divide and centralization of power in union government, have intertwined to make the matters more complex. Some of the provisions of the constitution that have created controversies on this front are:

State’s claim for autonomy is persistently increasing as the political-economic axis of development is shifting towards regional level. After successfully ‘holding together’ for 75 years due to the flexibility of constitutional provisions, a question raises for the need to re-balance distribution of power between centre and states based on evolving socio-political and economic climate. This claim is shared by both North and South, but more vigorously by Southern states.

While South is contributing economically to the nation, they don’t occupy centre stage politically and are marginalized culturally. If these issues are not confronted, the fault lines of Indian federalism could deepen.

Language – It was and is the main axis of the divide that is charged with a great emotional appeal. There was a lot of agitation and violence around the issue of national language during post-independence times like anti-Hindi agitation in Tamil Nadu 1960s.

The question on national language surfaced during constitutional assembly debates. Then a compromise based on Munshi–Ayyangar formula was adopted in which constitution did not specify any “National language” and only mentioned “Official languages” of the Union as Hindi in Devanagari script.

But there were many provisions related to official language in the constitution, in Part XVII that left open the fissures for future confrontation. Such provisions include:

Parliamentary standing committee on first language commission report in 1957 opined that Hindi should be made the primary official language with English as the subsidiary one. Rajaji convened an All India Language Conference to oppose the switch to Hindi and declared “Hindi is as much foreign to non-Hindi speaking people as English is to the protagonists of Hindi”. Amidst this, Nehru’s assured that English will remain as additional Official Language till non-Hindi speakers decide otherwise.

All over India, there was a vigorous promotion of Hindi as the deadline of Art343 came closer. Tamil Nadu started Anti Hindi agitation. There was counter agitation by angry pro-Hindi activists in North India. Members of Jan Sangh went about the streets of New Delhi, blackening out English signs with tar.

Thus the violence was temporarily controlled through Official Language Act and amendment act which guaranteed the “virtual indefinite policy of bilingualism” (English and Hindi) in official transactions.

But Article 351 re-energizes the issue periodically when centre tries to promote Hindi and South Indian states opposes such imposition. Eg: the opposition to Hindi signboard in Namma Metro stations in Bengaluru.

Thus below the Vindhyas, the mood is sullen. The South thinks the North is guilty of not only arrogance and ignorance but also cultural, economic and political colonialism. There is an increasing alienation between North and South in political discourse. Thus politically-articulated cultural rift between the North and South is growing.

Pratap Bhanu Mehta opines that there is a risk of a magnifying N-S divide in the current situation, as there is a national political formation that is inadequate to manage cultural difference, simultaneously party structures in states are becoming fragile.

As levers of political power are skewing towards the demographic might of north India, South is fearful of economic and cultural hegemony by North. The manifestation of this tug of war is seen in the resurgence of demand for Dravida Nadu. Some of the terms of reference of the commission:

The discontent of Southern states

Till now population data of 1971 census had been used in devolving taxes. Though 14 FC used population data of 2011 census along with 1971 census, the weight assigned to the same was lower. Reason for using 1971 census rather than 2011 census is to make sure States that have worked on population control do not lose out on benefits. As mentioned earlier, Southern states have a declining trend of population, so they will be at a disadvantage if 2011 census is used for devolving taxes. Southern state sees this as though they are subsidizing the growth of the north. They consider this Term of Reference as penalizing states done well on family planning.

Center asks 15th FC to use 2011 census data instead of 1971 census used so far to determine devolution of taxes. This will further affect the interests of the south:we need to resist. @CMOKerala @CMOTamilNadu @ncbn @TelanganaCMO @Dev_Fadnavis @CMPuducherry https://t.co/6EoDp0xClh

There are other discontents shared by States in common, irrespective of the North-South divide, but vociferously being put forward by Southern states. Some of them are:

Redistributive role of centre can’t be discounted so resources should be efficiently transferred from developed to developing regions for more balanced development. Also, the population is not the only criteria for determining devolution by FC. Good governance and other developmental matrix are also considered by FC. So no state will be at a disadvantage. However, it is to be ensured that the redistributed resources are properly utilized by all states. Also, a state’s voice should be incorporated while deciding the Terms of Reference to avoid unnecessary controversies.

The Resurgence of the concept of Dravida Nadu

In 2017, when the Indian Ministry of Environment, Forest, and Climate Change issued a notification banning the sale of cattle for slaughter, Twitter users from the Kerala state (where beef dishes are popular) protested by trending the hashtag #DravidaNadu.

South’s opposition to Terms of Reference of 15 FC should be seen in this backdrop.

Critical analysis of the Resurgent Aspiration of Dravida Nadu 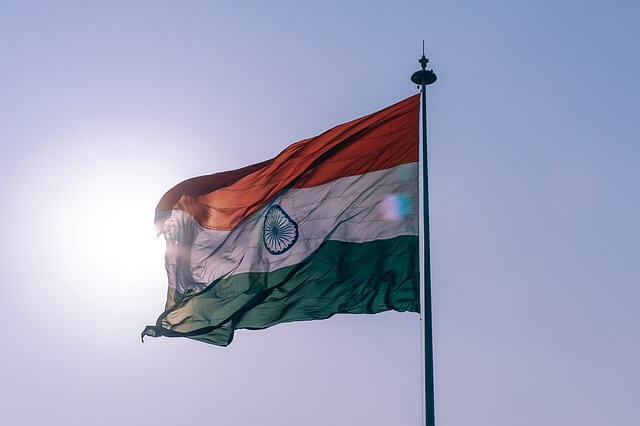 Please understand, Your Excellency that India is two countries: an India of Light, and an India of Darkness. The ocean brings light to my country. Every place on the map of India near the ocean is well-off. But the river brings darkness to India.

-“The White Tiger” by Aravind Adiga

Thus the unity of India depends on mutual trust and cooperation of all states, facilitated by the centre. Labour, resources, capital, geography, all the determinants of development is available within the borders of Indian territory. We need to leverage these through cooperative federalism, rather than mobilizing around divisive and arbitrary fault lines, through proper policy actions.