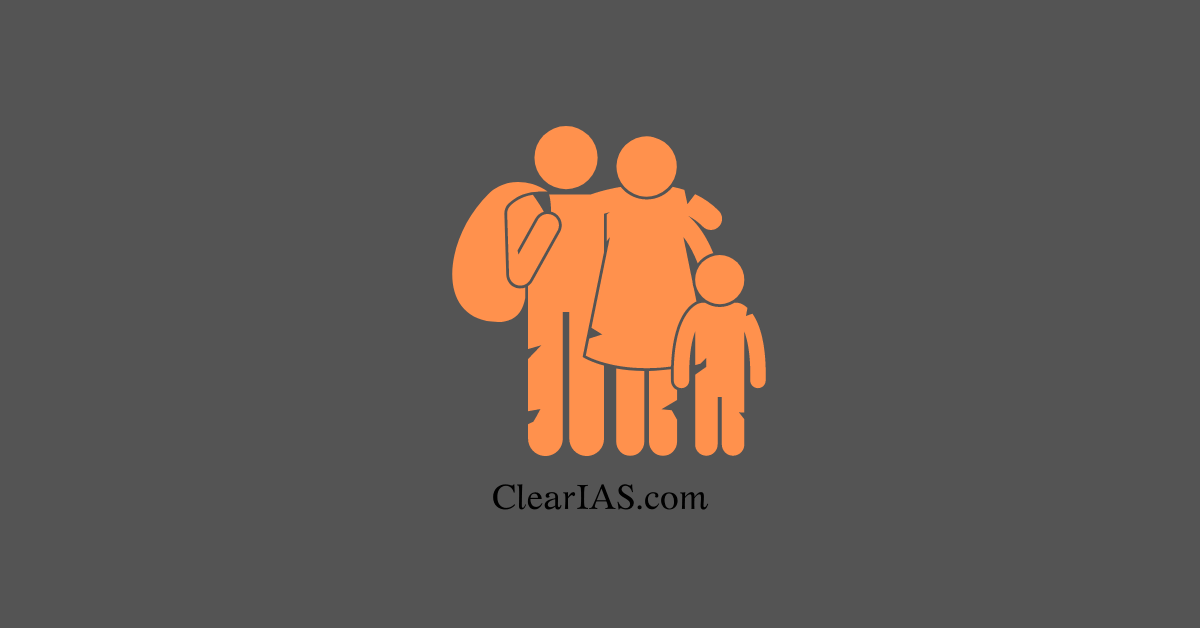 Poverty is a multidimensional concept.

Poverty is a state or condition in which a person lacks the resources for a minimum standard of living.

Traditionally, the term poverty refers to lacking enough resources to provide the basic necessities of life – food, clean water, shelter and clothing. But modern economists extend the term to include access to health care, education and even transportation.

Fundamentally, poverty is a denial of choices and opportunities, a violation of human dignity.

As per the United Nations Organisation (UN), poverty entails more than the lack of income and productive resources to ensure sustainable livelihoods. Its manifestations include hunger and malnutrition, limited access to education and other basic services, social discrimination and exclusion, as well as the lack of participation in decision-making.

Poverty Definition by the World Bank

In 1990, the World Bank introduced the concept of ‘poverty line’ to capture absolute poverty. Then, it was set at $1 per day.

As per the revised measures (2017), the World Bank defines extreme poverty as someone living on less than US$1.90 per day. This figure is known as the International Poverty Line (IPL).

In an attempt to be more precise with its classifications, the organization recently added new standards of poverty for people living in middle and high-income countries. Now, poverty lines are set at $3.20 a day for people in “lower-middle-income” countries, such as Egypt or India, and $5.50 a day for “upper-middle-income” countries, such as Jamaica or South Africa. The World Bank also released a third standard for high-income countries, like the US, at $21.70 a day.

In 2018, the World Bank introduced a Societal Poverty Line (SPL), to capture the relative aspect of poverty. The SPL is a hybrid line, combining the US$1.90-a-day absolute poverty line with a relative component that increases as median consumption or income in an economy rises.

But no single indicator can capture the multiple dimensions of poverty.

His capability approach to understanding poverty goes beyond income and stresses the whole range of means, available to achieve human capabilities such as literacy, longevity and access to income.

The basket of goods and services necessary to satisfy basic human needs is the Poverty Line Basket (PLB).

The proportion of the population below the poverty line is called the poverty ratio or headcount ratio (HCR).

The Global MPI is released at the High-Level Political Forum (HLPF) on Sustainable Development of the United Nations in July, every year.

Of these people, 1.3 billion people (22%) are identified by the global MPI as multidimensionally poor as per the Global Multidimensional Poverty Index 2020.

3 Dimensions and 10 Indicators in MPI 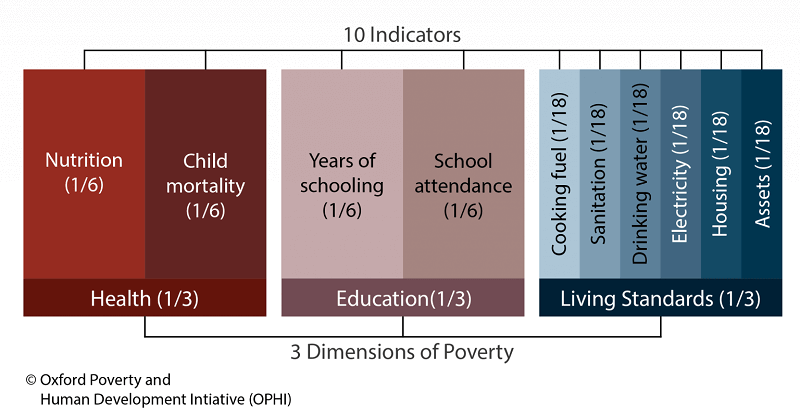 The MPI assesses poverty at the individual level.

If a person is deprived in a third or more of ten (weighted) indicators, the global MPI identifies them as ‘MPI poor’.

The extent – or intensity – of their poverty is also measured through the percentage of deprivations they are experiencing.

The need for understanding multiple connotations

In India, the first official rural and urban poverty lines at the national level were introduced in 1979 by Y. K. Alagh Committee and official poverty counts began for the first time.

Later, in 1993, D. T. Lakdawala Committee extended these poverty lines to states and over time allowing official poverty counts over time and in the states.

The World Health Organization has described poverty as the greatest cause of suffering on earth. Poverty eradication should not be the goal of the government but the goal of the government policies should be to create prosperity. Both monetary and non-monetary measures of poverty are needed to better inform the policies intended to address the needs and deprivations faced by poor populations.

Focusing on women and Scheduled Tribes

Together with mooting the discussion on the need to provide a universal basic income, infrastructural and skill development combined with effective implementation of welfare policies will go a long way in eradicating poverty in the country.

Pallavi Aggarwal is a graduate from a prestigious college in Delhi with a keen interest in Political Science and Current Issues. She had qualified for the UPSC CSE Interview in 2018. She was a gold medalist in school and a district topper.