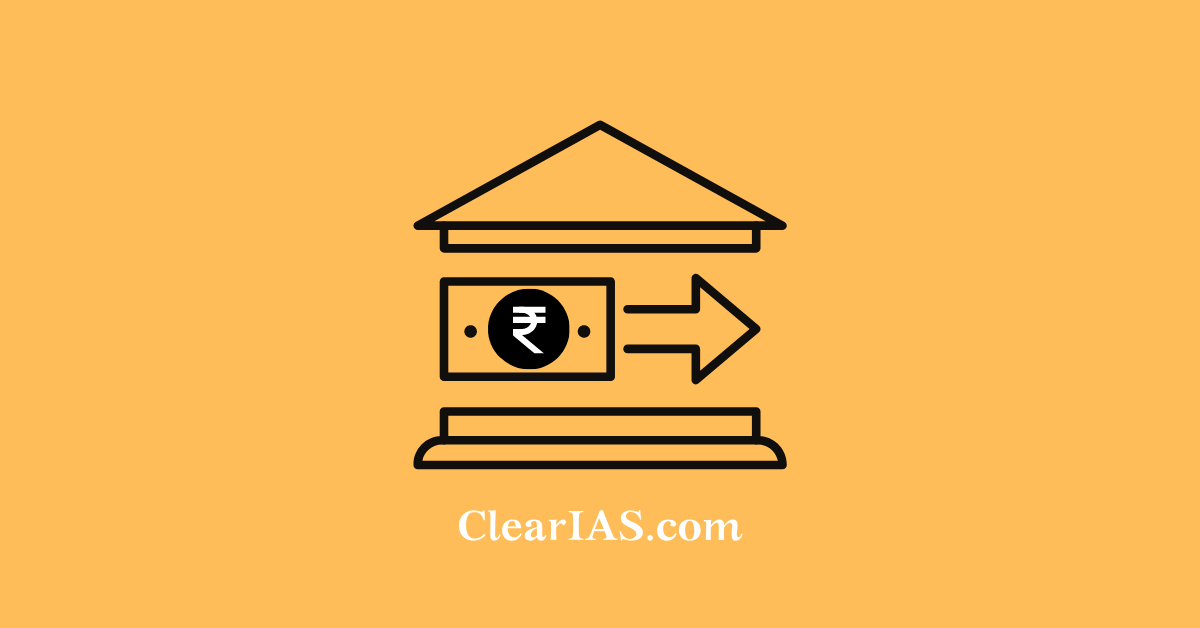 You might have heard of the term Monetary Policy in Economy class. This article covers almost everything you need to know about the RBI policies.

In this article, let’s learn and understand all major concepts associated with the monetary policy of India.

Monetary policy refers to the policy of the central bank – ie Reserve Bank of India – in matters of interest rates, money supply and availability of credit.

It is through the monetary policy, RBI controls inflation in the country.

RBI uses various monetary instruments like REPO rate, Reverse RERO rate, SLR, CRR etc to achieve its purpose. (This is explained well in one of our earlier articles – basics of economy concepts).

In short, Monetary policy refers to the use of monetary instruments under the control of the central bank to regulate magnitudes such as interest rates, money supply and availability of credit with a view to achieving the ultimate objective of economic policy.

We have already seen that monetary policy refers to the actions undertaken by a nation’s central bank to control the money supply. Control of money supply helps to manage inflation or deflation.

How does the Reserve Bank of India get its mandate to conduct monetary policy? 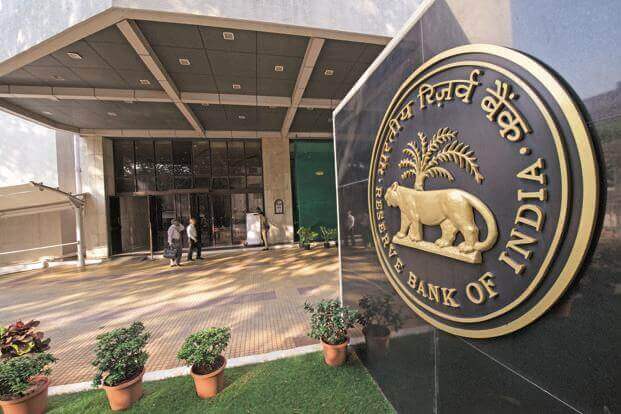 What is the main goal of Monetary Policy of India?

To maintain price stability, inflation needs to be controlled. The government of India sets an inflation target for every five years. RBI has an important role in the consultation process regarding inflation targeting. The current inflation-targeting framework in India is flexible in nature. 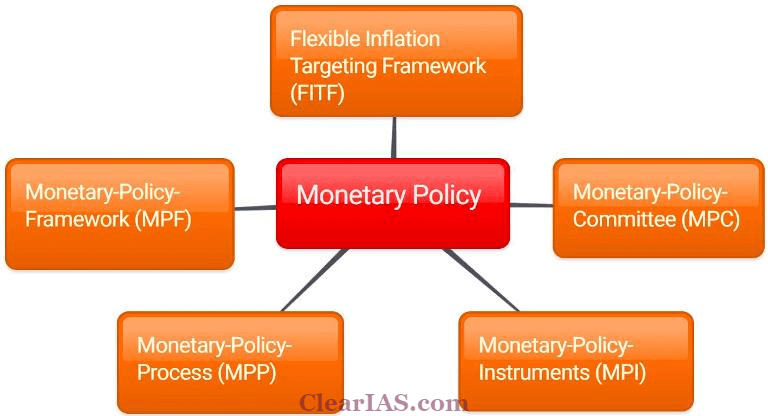 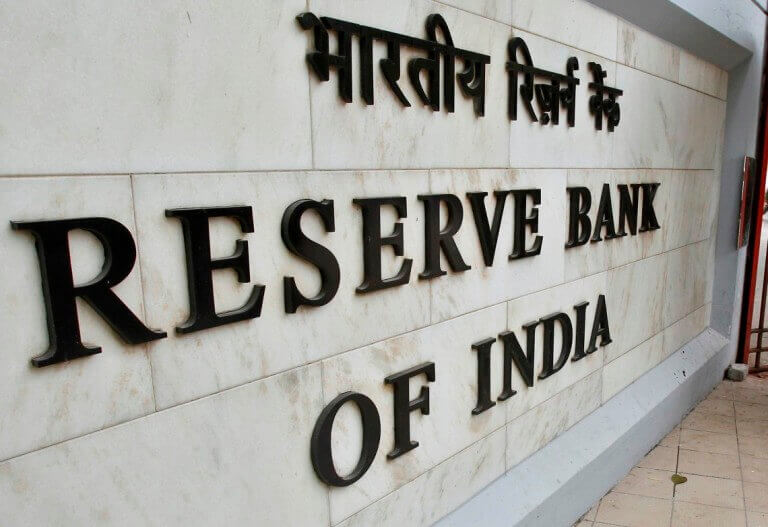 While the Government of India sets the Flexible Inflation Targeting Framework in India, it is the Reserve Bank of India (RBI) which operates the Monetary Policy Framework of the country.

Now in India, the policy interest rate required to achieve the inflation target is decided by the Monetary Policy Committee (MPC). MPC is a six-member committee constituted by the Central Government (Section 45ZB of the amended RBI Act, 1934).

The MPC is required to meet at least four times a year. The quorum for the meeting of the MPC is four members. Each member of the MPC has one vote, and in the event of an equality of votes, the Governor has a second or casting vote.

The resolution adopted by the MPC is published after the conclusion of every meeting of the MPC. Once in every six months, the Reserve Bank is required to publish a document called the Monetary Policy Report to explain: (1) the sources of inflation and(2) the forecast of inflation for 6-18 months ahead.

The Central Government constituted the present MPC as under:

Note: Members referred to at 4 to 6 above, will hold office for a period of four years or until further orders, whichever is earlier.

The Reserve Bank’s Monetary Policy Department (MPD) assists the MPC in formulating the monetary policy. Views of key stakeholders in the economy and analytical work of the Reserve Bank contribute to the process of arriving at the decision on the policy repo rate.

The Financial Market Committee (FMC) meets daily to review the liquidity conditions so as to ensure that the operating target of monetary policy (weighted average lending rate) is kept close to the policy repo rate. This parameter is also known as the weighted average call money rate (WACR). 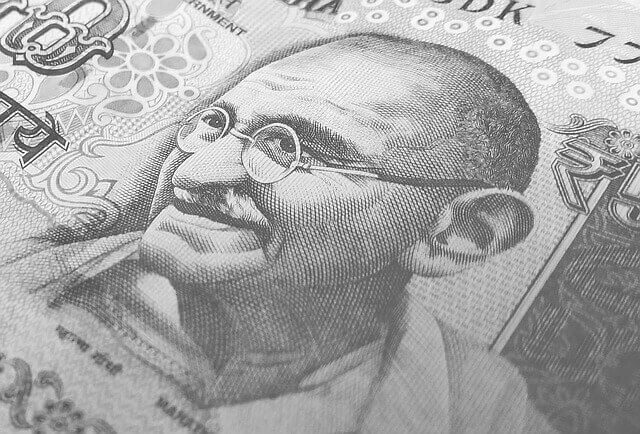 There are several direct and indirect instruments that are used for implementing monetary policy.

Monetary policy refers to the use of monetary instruments under the control of the central bank to regulate magnitudes such as interest rates, money supply and availability of credit with a view to achieving the ultimate objective of economic policy.