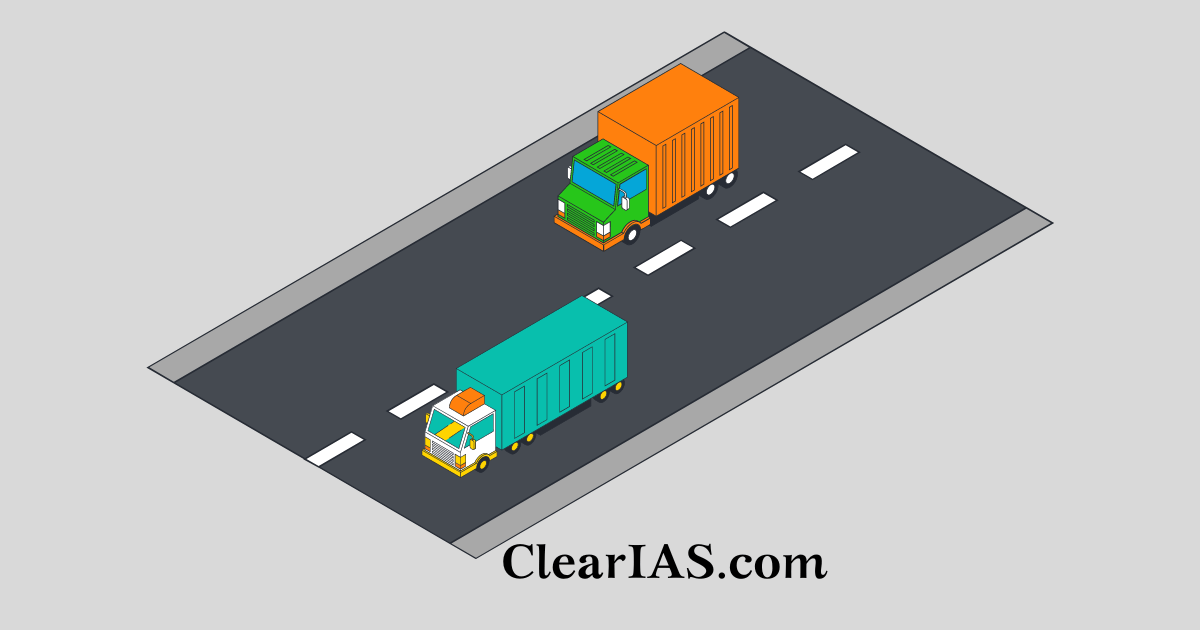 Why Road Infrastructure holds so much significance? What are the different categories of roads? And what are the challenges associated with it? Are there any Government Initiatives? To answer these questions, read further.

India has one of the world’s largest road networks. Every year, roads carry about 85% of all people and 70% of all freight. Roads are divided into four categories: National Highways (NH), State Highways (SH), Major District Roads, and Rural Roads.

The National Highways are the major roadways built and maintained by the central govt.

These roads are meant for interstate travel as well as the transportation of military personnel and equipment to key locations.

These routes are linked to the National Highways.

The District highways serve as a link between District Headquarters and the other significant roads in the district.

These roads are essential for connecting rural areas.

Because rural roads are influenced by regional factors, there is regional variations in their density.

The Bharat Mala Project is envisioned to span 5300 kilometers and 13 states. It has a strategic element that includes preventing the expansion of the Chinese network across the border and facilitating access to the border-hugging districts.

SARATHI (for licensing) and VAHAN (a car registration ICT solution) to stop fraud in the registration of vehicles and the issuance of licenses.

The National Infrastructure Pipeline (NIP) is a five-year plan that will invest in highways.

There is a need for utilizing resources effectively while pursuing a sustainable policy. To make sure that money flows from internal accruals, borrowings, state financing, and private funding.

Ensure proper compensation and rehabilitation to win the support of the community for the projects.

We need big Data Analytics and Trend Analysis to create predictive analysis, as well as the application of robotics in warehouse management and cargo aggregation.

Roads should be built properly, including space for pavement, transit stops, and smoother bends.

A sound road network will be one of the key building blocks of India’s quick economic revival. To meet the goals of SDG 9, the government’s budgetary commitment to improving road infrastructure should be supported by inviting private investment possibilities in the sector.