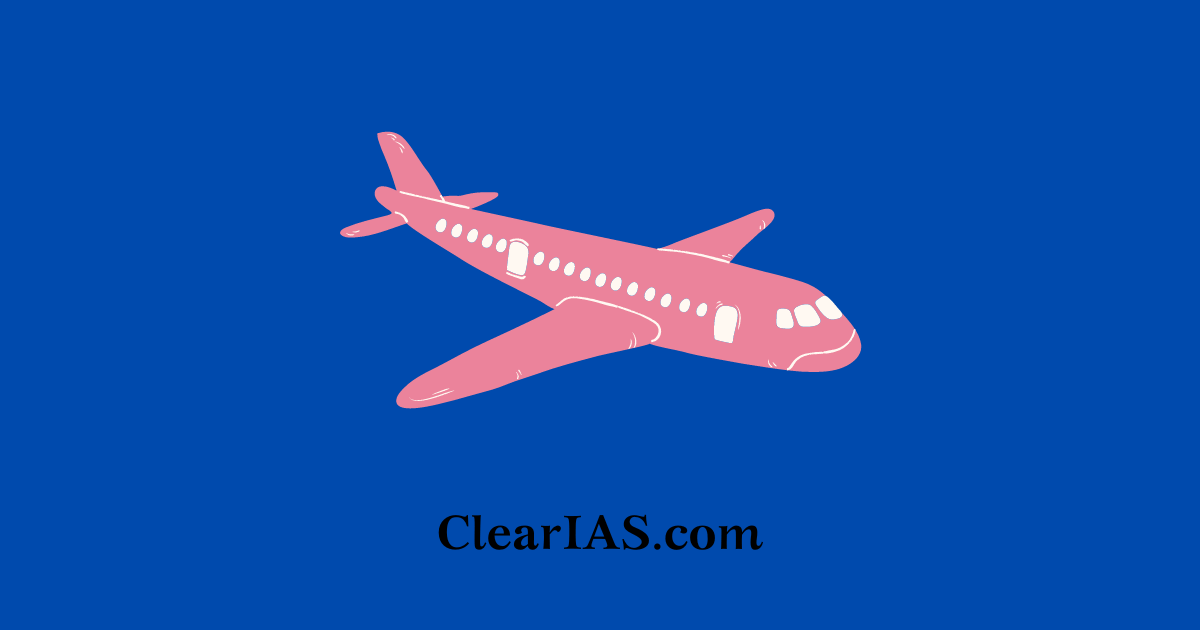 India’s civil aviation industry has the potential to become one of the largest in the world.

Airways play an important role as a modern means of transportation. They are vital for the country’s economic growth and to be globally competitive.

The Airways contribute to the trade and commerce of a nation and thus are critical for development.

Ude Desh ka Aam Nagrik (UDAN) Plan: To develop regional routes that are both inexpensive and profitable, so that even in small communities, the average person can afford to fly.

DigiSky: Online site that complies with the civil aviation rules for using drones for commercial purposes.

The 2016 National Civil Aviation Policy: The policy is covering 22 areas of the aviation sector. Airlines must deploy 20 aircraft or 20% of their total capacity for domestic operations, whichever is higher. This will expand the reach of Indian airline services abroad.

Complete the worldwide UDAN program. It will increase the current capacity of international airports while also completing the ongoing initiatives under the UDAN initiative in a timely manner.

Aircraft powered by solar energy and biofuels are the need of the hour.

Cities with multiple airports will help to reduce traffic.

Developing a manufacturing ecosystem in the nation through long-term initiatives to support advanced research in aviation technologies.

There is a need for cutting-edge technology for the effective operation of the air traffic control and navigation system.

The aviation industry has to think about the “Start-up India” project. Young entrepreneurs are the backbone of high-tech firms and are revolutionizing many traditional industries.

To stay up with modern aircraft technology, industry expansion, and passenger demand, it is important to amend India’s 1934 Aircraft Act and 1937 Aircraft Rules.

Vacant land around the Airports Authority of India (AAI) airports in all major cities should be monetized to boost non-aeronautical earnings and management techniques. It will lead to the effective utilization of AAI resources.

To address the skilled labor shortage, businesses and educational institutions should work together to integrate the latest technology.

Airlines that perform poorly may switch to cargo transport.

There is a significant untapped market for aviation in India. The government must continue to promote this industry with effective policy measures. This would boost the home economy and India’s aviation sector’s global presence in terms of both passenger and freight traffic.

The major part of countries GDP is mostly derived from the travel and aviation industries, hence it is essential to assure economic growth and development. For this sector to flourish at a good rate, the Central Government and the State Governments should work together.