Basic form of a Hindu temple

When you browse our earlier articles on Hindu Temple Architecture, you would realize one thing. It was a gradual evolution starting from the rock cut- cave temples to monolithic rathas which finally culminated in structural temples.The basic form of a Hindu structural temple consists of the following. 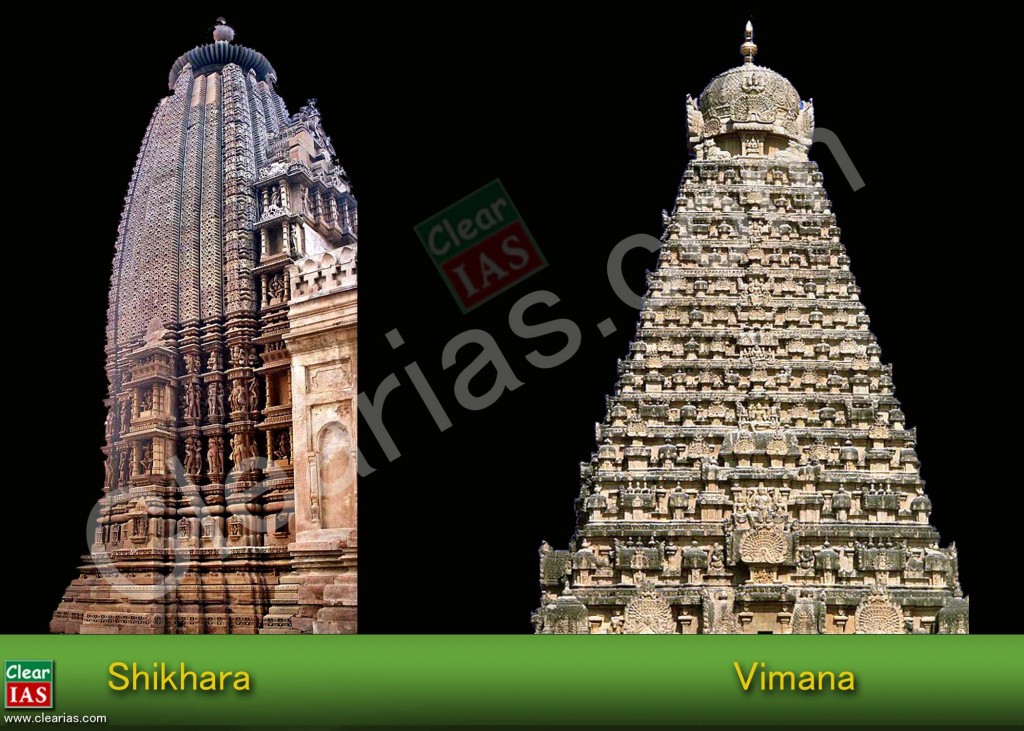 Indian temples can be classified into two broad orders as 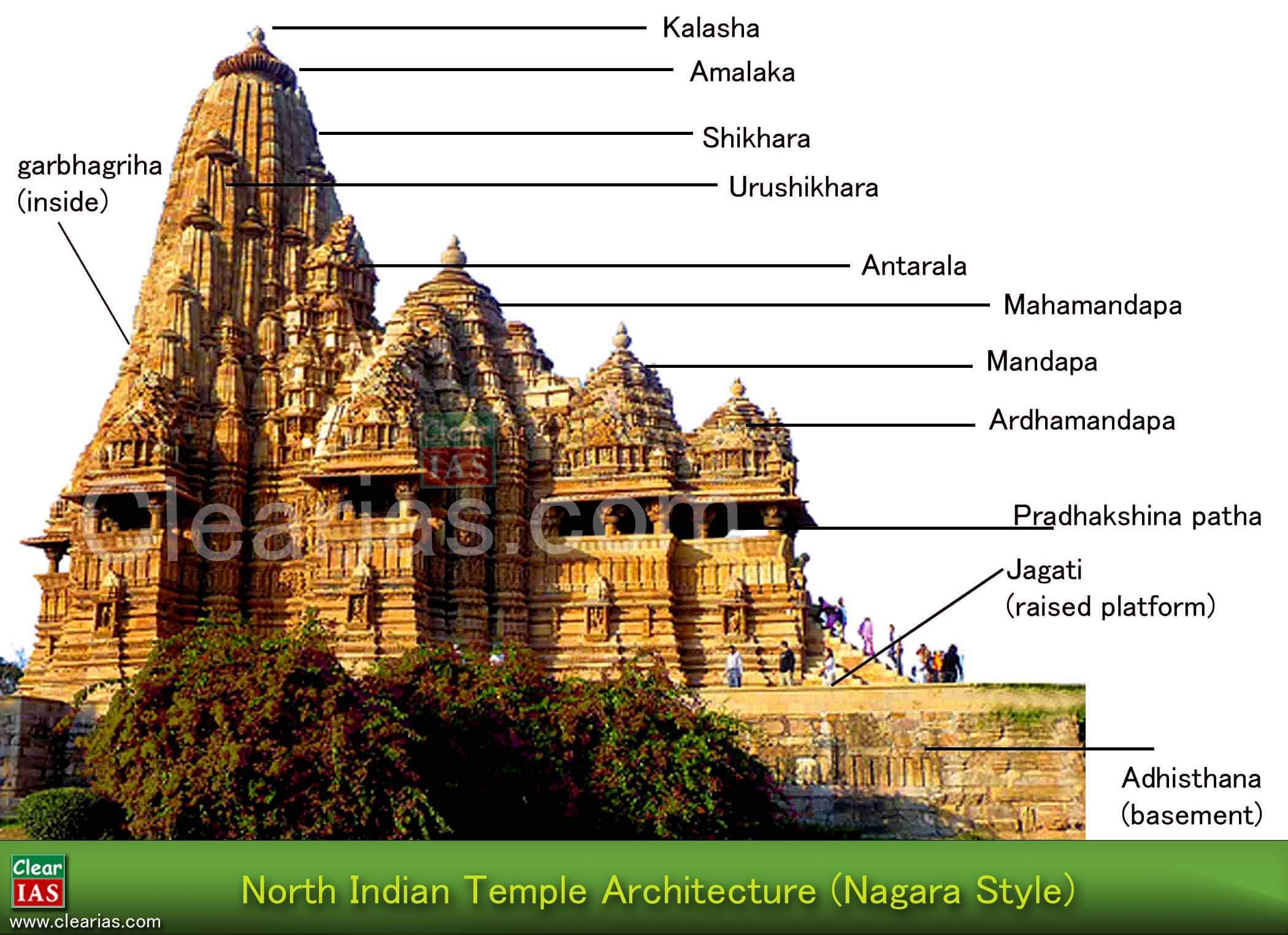 Nagara temples can be subdivided mainly into three – based on the shikhara type.

We can also classify the Nagara Temples on the basis of region as follows: 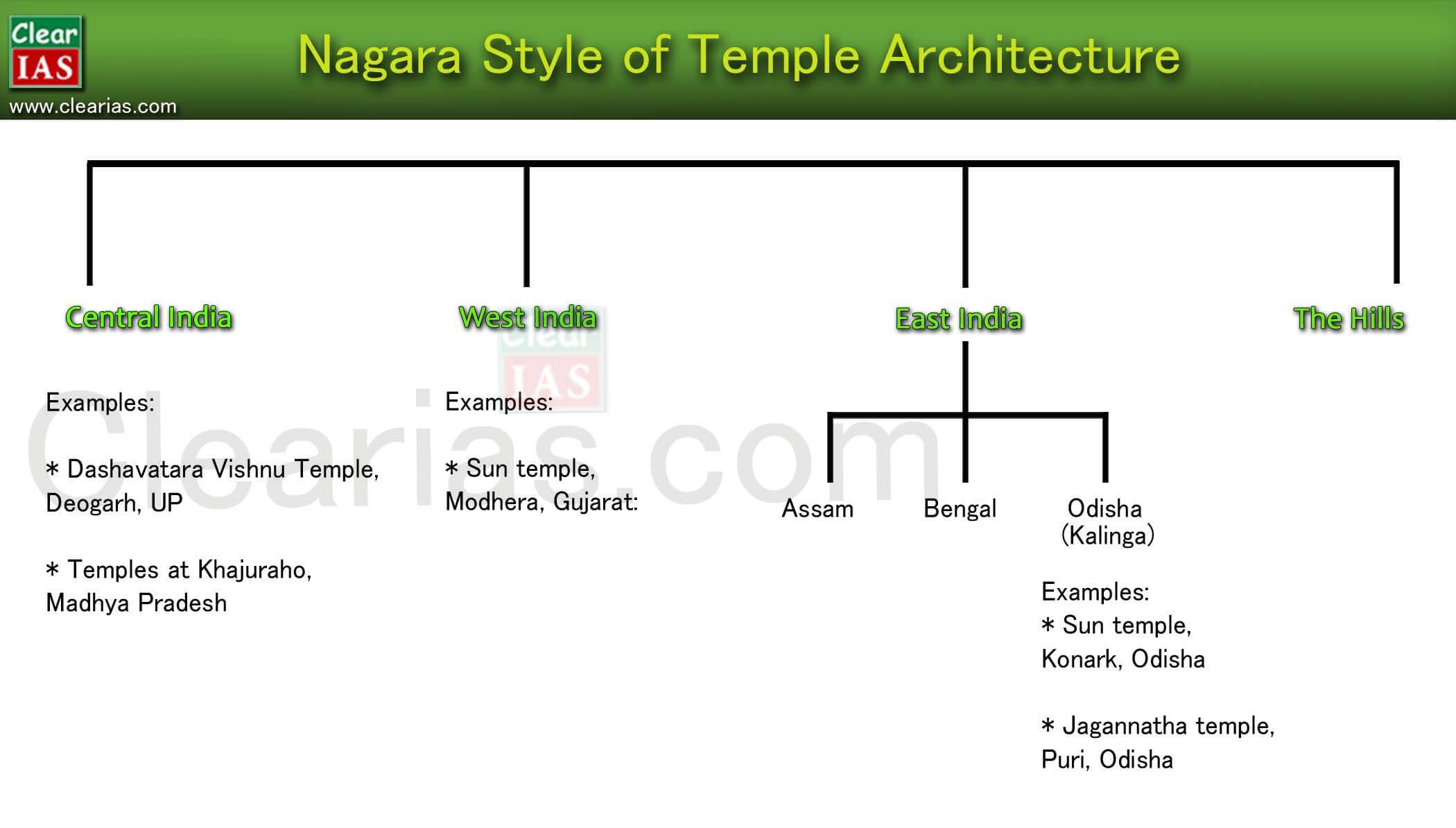 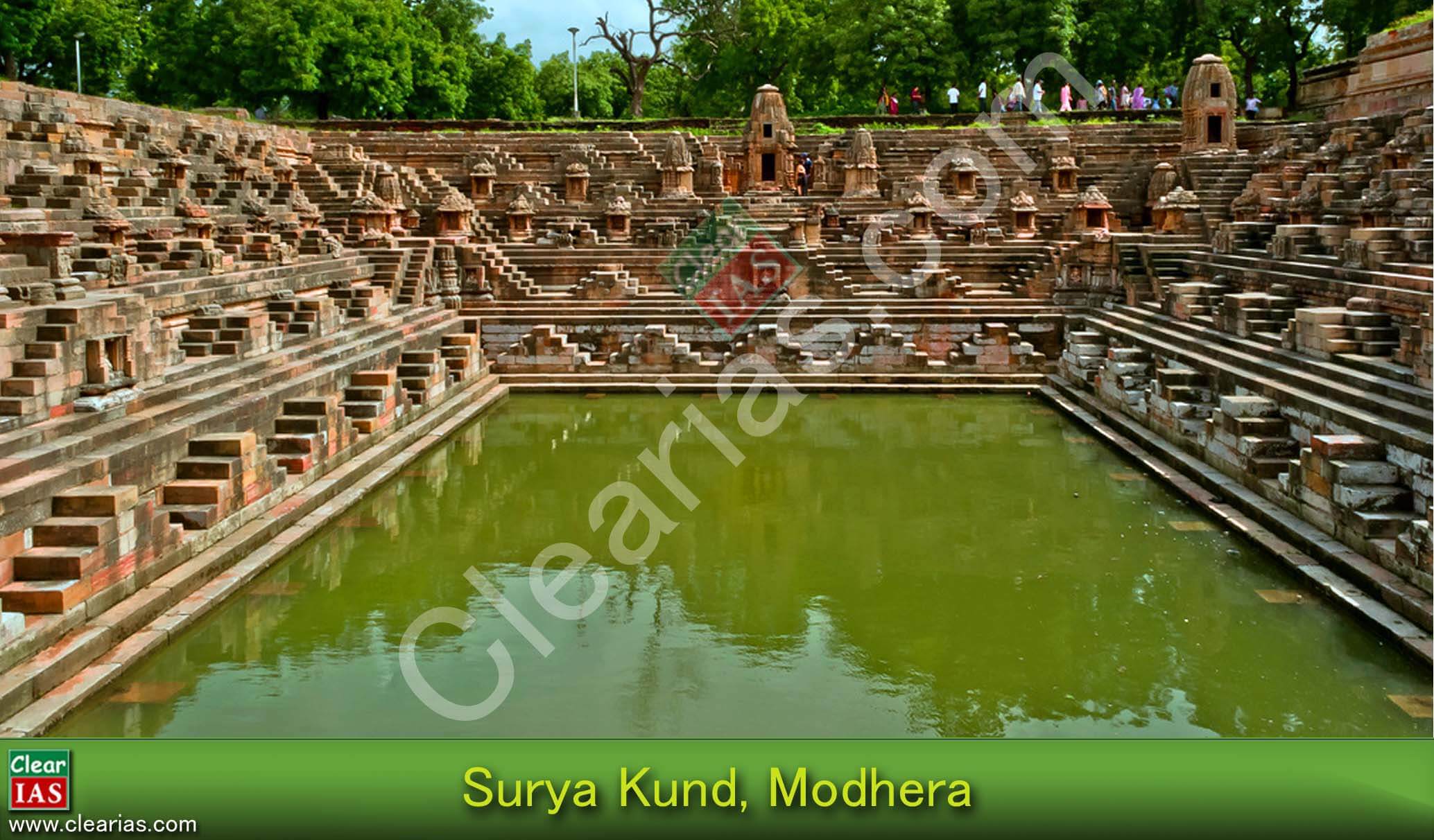 The main architectural features of Odisha temples are classified in three orders:

Rekha means line and it is a tall straight building with a shape of a sugar loaf. It covers the garbhagriha.

It is a square building with a pyramid shaped roof and is mainly found for housing the outer dancing and offering halls.

It is a rectangular building with a truncated pyramid shaped roof. Temples of the female deities are usually in this form (garbhagriha usually) and will have a resemblance with Dravidian temples of the south.

The Pallava temple architecture can be classified into four groups according to the rulers and the features of temples they constructed.

The Vesara or the Deccan Temple Architecture

The period of 5th to 14th centuries was not only the period of the development of Hindu temples but also were the equally vibrant period for the Buddhist and Jain architectures.