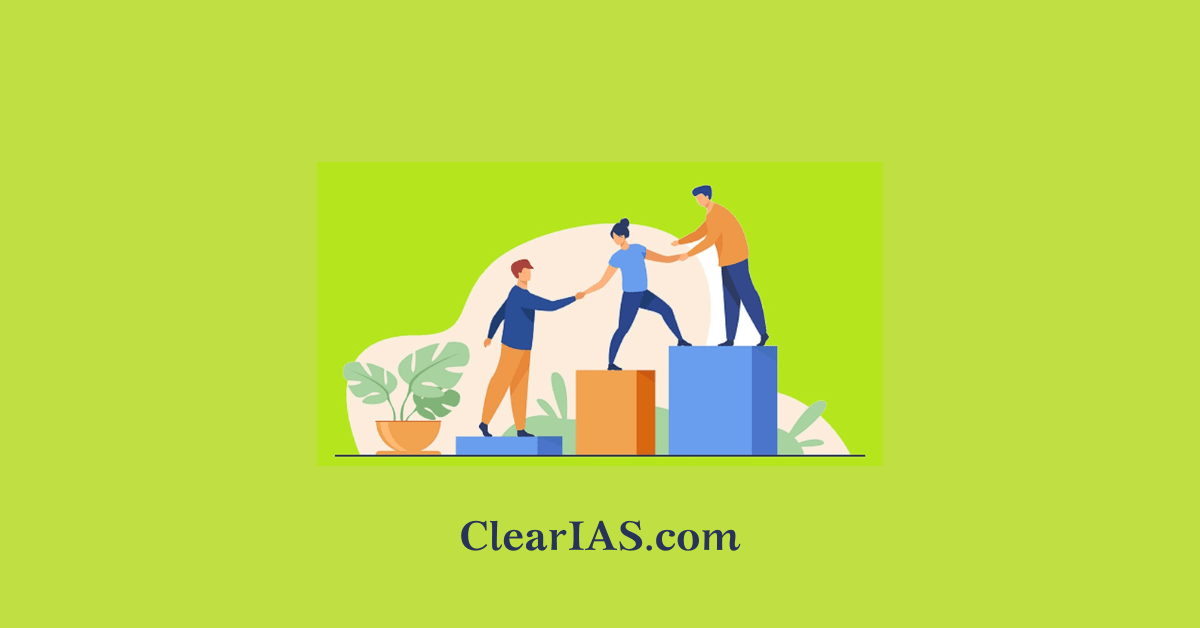 Civil servants with compassion have always left a mark on the services and lives of people. The virtue of tolerance and compassion towards the weaker sections in a country like ours is a must-have for all Civil servants.

Though India has uplifted 250 million from poverty, the level of deprivation in the nation is still large.

As per the latest estimates by National Family Heath Survey- there are 35% of children are still undernourished. There are still farmers in Vidarbha and Marathwada regions committing suicide.

What do you understand by Compassion and Tolerance?

Compassion as a virtue refers to the active feeling to uplift others from pain and suffering. The essential quality of being compassionate is to take steps to elevate suffering and bring joy. The virtue of compassion in a country like ours is must-have for all Civil servants.

A compassionate person goes above and beyond basic empathy by desiring to lessen the suffering of the other person. This places a focus on action and a desire to assist.

Thus, compassion is an even more appropriate predictor of behavior. Mother Teresa’s decision to leave her native country and serve selflessly in Kolkata was motivated by compassion.

Tolerance is the ability to appreciate, tolerate, and value others who have different beliefs than oneself, regardless of their race, religion, ethnicity, or other characteristics.

It equips one with the ability to put up with or accept the existence of ideas or behaviors they disagree with. When one prioritizes important objectives over minor differences, this is achievable.

In this age of globalization, where individuals from different racial, ethnic, and religious backgrounds coexist and the world has become more multicultural and diverse, it is crucial to promote mutual love and affection as well as tolerance and harmony. Societies cannot sustain their long-term peace and commitment to one another without tolerance and harmony.

Examples to better understand the concept of tolerance:

Need For Tolerance and Compassion for The Weaker Sections

As per an estimate made by the government, there are approx 269.3 million people living below the poverty line in our country.

The rural Socio-Economic Caste Census found that 107.4 million of the 179.7 million rural households (or 59.76% of them) were deprived, based on the criteria defined by the Saxena committee.

As per the NITI Aayog’s National Multidimensional Poverty Index (MDPI), a quarter of the Indian population (approx 322.5 million of the projected population in 2016) was “multidimensionally” poor in 2015-16.

Example of Tolerance and Compassion towards Weaker Section

R. Sankaran (1934–2010) was an Indian civil servant, social worker, and the Chief Secretary of the State of Tripura, known for his contributions to the enforcement of the Abolition of Bonded Labour Act of 1976 which abolished bonded labor in India.- Known as ‘ The Peoples IAS Officer’.

A government employee from Kozhikode, popularly known as “Collector Bro,” founded “Compassionate Kozhikode” and “Compassionate Keralam,” gaining the support and voluntary help of the people in the process. These organizations have been successful in cleaning ponds, feeding the needy, helping and improving lives after the recent floods, and engaging the young in the improvement of society.

Mother Theresa has often been referred to as an embodiment of tolerance and compassion. Her selfless work for the poor and weaker section to date is inspiring and spoken of.

Components of Tolerance and Compassion

Tolerance and Compassion: In Latin, the word “compassion” actually means “co-suffering.” It also fuels a desire to lessen other people’s pain. According to the Dalai Lama, “compassion is a necessity, not a luxury, and without it, humanity cannot survive”. It is usually considered to have an emotional component. Despite the fact that compassion and empathy are two distinct emotions, compassion for another person frequently results in feelings of empathy for that person.

Accountability: The government employee is responsible for maintaining the law and following its rules and regulations. The public servant is responsible for ensuring that the government’s programs, policies, and projects are carried out efficiently, impartially, and professionally. Finally, it is the responsibility of public servants to keep accurate records of the reasons for the decisions they make and carry out.

No Biasness and Procedural Fairness: Procedure fairness refers to the requirement that public servants make choices that are rational, fair, just, and transparent. This implies that the motivations behind the choices must be disclosed. Additionally, it means that judgments must be made based on the data at hand, without bias or the impression of bias, and with the opportunity for anybody who will be negatively impacted by the decision to express their opinions.

Honest Practices: Public officeholders have a responsibility to disclose any private interests that may conflict with their official responsibilities and to take action to address any such conflicts in a way that safeguards the public interest.

Efficiency and Effectiveness: Resources used by public employees are funded by the community. The public expects government servants to use these resources as efficiently as possible. This requires public employees to work effectively and efficiently, refrain from misusing or wasting resources in an inappropriate way, and uphold the highest standards of performance.

Accountability: Holders of public office are answerable to the public for their choices and deeds and are required to put up with whatever scrutiny is suitable for their office.

How can this be fostered?

One can inculcate tolerance and compassion for the weaker section by: