It has to be specially noted that Union Budget 2016 comes at a time when there is an additional financial burden to due the implementation of 7th Pay Commission Report and OROP (One Rank One Pension). But Finance minister, Arun Jaitley has managed to continue the good track record by adhering to FRBM (Financial Responsibility and Budget Management) policies.

What makes a good budget?

As we noted in our analysis of Indian Budget 2015, a budget with zero fiscal deficit may not be always a good budget. A budget can be considered good if it focuses on the right areas, if it sets the priorities right and if it shows the vision of the government. 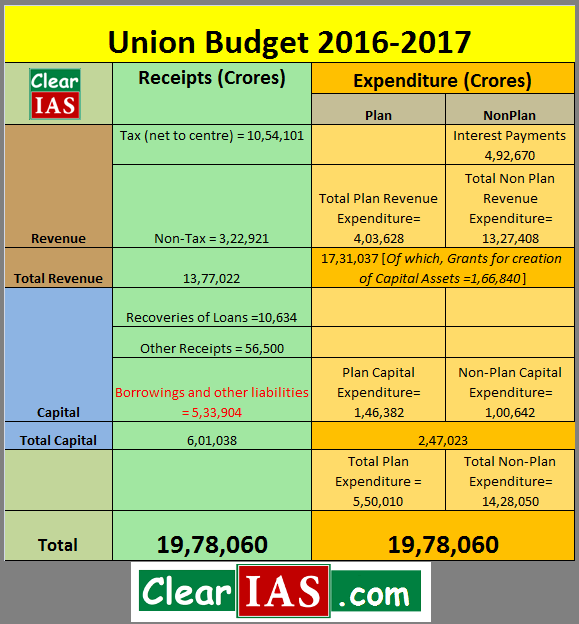 Questions based on Indian Budget 2016

Question: Deficits are a major concern for Indian Budget. As per Indian Budget 2016-17, which of the following deficits decreased to a figure which is less than half of its value for last budget? Choose from the below codes