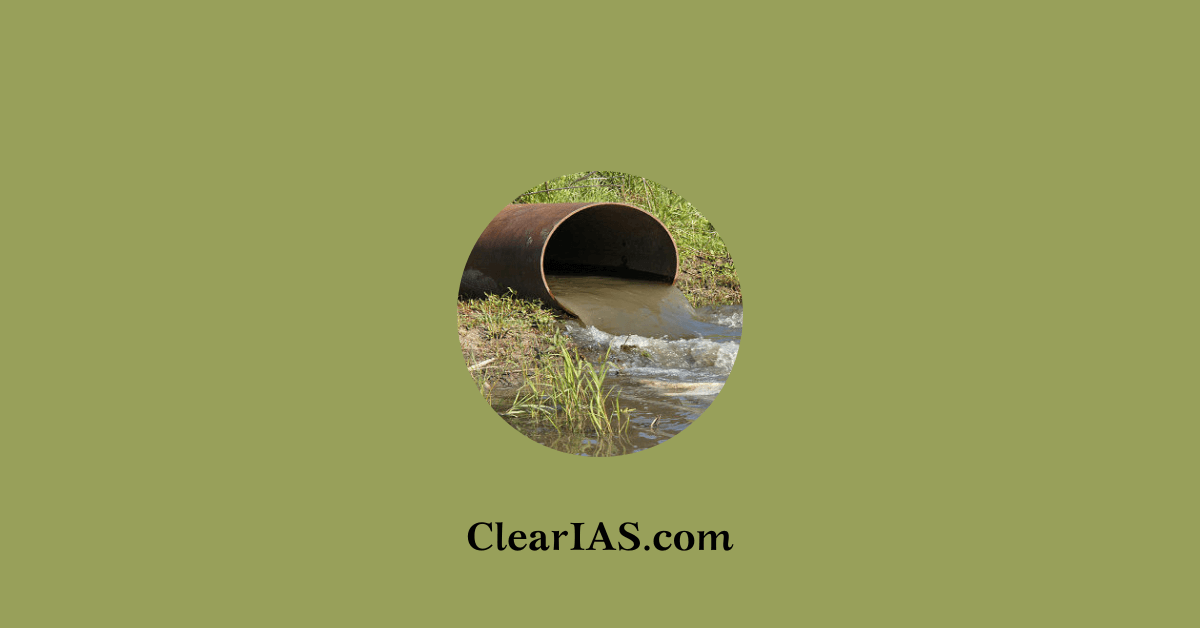 A survey by the Central Pollution Control Board (CPCB)  found that 351 river segments on 323 different rivers throughout the nation were polluted. What are the challenges in managing this Wastewater? What are the harmful impacts of Wastewater? Read the article to know more about  Wastewater Management In India.

Wastewater Management In India is a serious issue which has an impact on both environment and the economy. Pharmaceutical pollution is a global problem that is probably hurting the health of the world’s rivers, according to research results that were recently published in Environmental Toxicology and Chemistry.

43 per cent, or over half, of the world’s rivers are contaminated with pharmaceutical active components at levels that could have catastrophic effects on health.

A framework that restricts the amounts of antibiotic residues in the waste waters of pharmaceutical production units and healthcare facilities is urgently needed given the size of the Indian pharmaceutical and healthcare industries. According to NITI Aayog, a majority of the nation’s freshwater sources—70%—were discovered to be tainted.

Let us check on what are the damages caused by wastewater.

Initiatives by the Government

Water  Act of 1974 (Prevention and Control of Pollution)

According to the provisions of these Acts, industrial units must set up effluent treatment facilities (ETPs) and treat their effluents to meet the specified environmental standards before releasing them into rivers and other bodies of water.

Among the pollution control measures undertaken under the NRCP are the installation of sewerage systems to capture and divert raw sewage entering rivers through open drains, as well as the construction of Sewage Treatment Plants (STPs) to treat the diverted sewage.

The Union Government’s Namami Gange Programme is an Integrated Conservation Mission designed to achieve the twin goals of effective pollution reduction and the preservation and revitalization of the National River Ganga.

On the website of the National Mission for Clean Ganga, it is stated that 68 sewage treatment facilities under the Namami Gange Program have been finished in Haryana, Uttar Pradesh, Uttrakhand, Bihar, Jharkhand, West Bengal, Delhi, Rajasthan, and Himachal Pradesh. In addition to that, 69 sewage treatment management projects have been in progress.