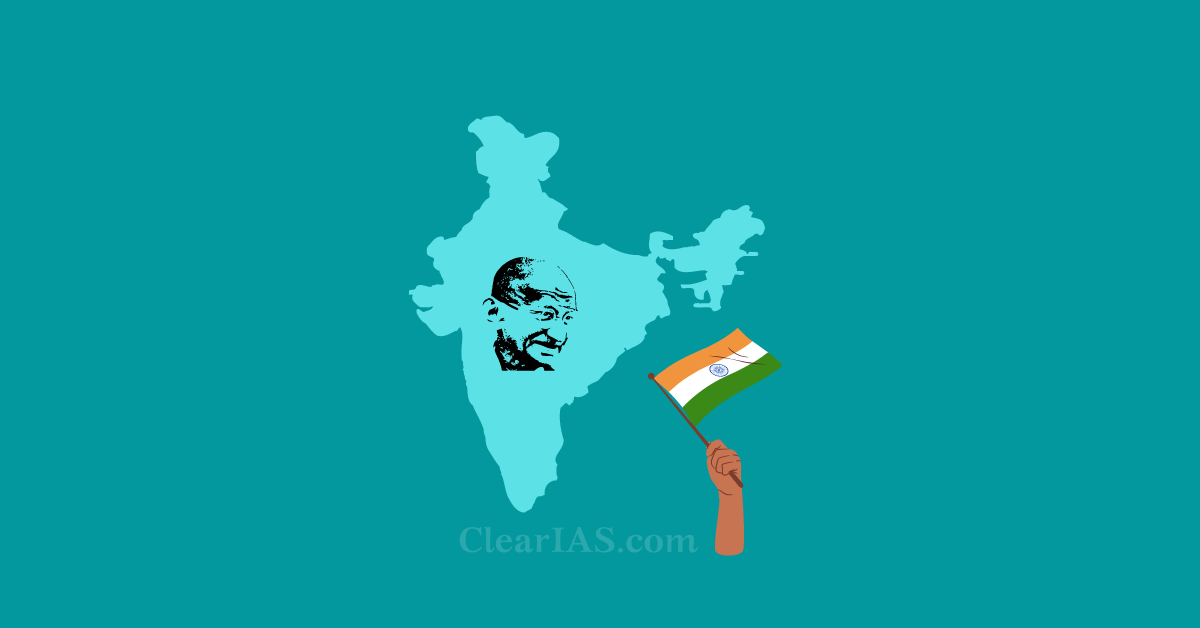 How to learn Modern Indian History in less than 30 days for the UPSC Exam?

Indian History is a vast topic that can be broadly divided into three – (1) Ancient India (2) Medieval India (3) Modern India.

Each of these three sub-topics is also extensive in nature and generally require years of learning to properly understand the details.

However, most UPSC aspirants do not have the luxury of time. Hence a smart plan needs to be developed to learn quickly.

In this post, I shall explain a framework and strategy that will help you cover Modern Indian History in less than 30 days for the UPSC exam.

The first step in mastering modern Indian history is to properly understand the structure. The key is to learn history like a story – stressing important events in the timeline. For this, I have developed a 6-parts framework that is roughly based on the timeline of Indian History. Once the chronology of the major events is studied, learning history is quite easy.

This is how Modern India topics are divided into 6 parts for ease of understanding:

Almost the whole of India was centrally administered under the great Mughal rule in the early 1700s.

Aurangzeb, who is widely considered as the last effective ruler of the Mughal Empire ruled over almost the entire Indian subcontinent for a period of 49 years, until 1707.

With the death of Aurangzeb, the power shifted to the hands of Later Mughals (1707-1857) who were weak in administration.

This led to the decline of the Mughal Empire and the rise of autonomous states like Hyderbad, Carnatic, Bengal and Awadh. Marathas, Sikhs, Jats, and Afghans created new states. Mysore, Kerala, and Rajput area also became independent kingdoms.

Learn more: India in 1750 – Decline of the Mughal Empire, Rule of Later Mughals, and Emergence of Successor States

With the emergence of capitalism and imperialism in Europe, many Europeans arrived in the Indian sub-continent for trade.

Later, when their ambitions grew, they tried to establish colonies in India.

The European powers included the Portuguese, the Dutch (Netherland), the French, the Danes, and the English.

The British became successful in the power struggle among the European countries and gained control over different areas in India.

Later, the British conquered and annexed the North Indian states like Sindh, Punjab, and Awadh.

3. Changes introduced by the British

Once the British gained power, She introduced many changes in the Economic, Political, and Social spheres.

Under the Economic arena, aspirants need to study the British policies towards agriculture and industry.

Under the Polity angle, students should learn various Acts passed by the English which lead to the constitutional development like the Regulating Act of 1773, Pitts India Act 1784, various Charter Acts etc. Students should also learn the administration part – particularly the revenue administration, civil services, police, army, and judicial services.

Under the Social angle, the British policies towards education, language, culture etc should be covered.

Learn more: The changes introduced by the British in India.

4. Popular Uprisings and Revolts against the British

Many of the policies and changes introduced by the British were unfavourable to most of the Indians.

This resulted in a lot of local uprisings and revolts against the English rule and policies like the Sanyasi-Fakir Rebellion, Khond Uprisings, Santhal Rebellion, Bhil Uprisings, Mappila Uprisings etc.

A major revolt against the English East India Company was the Revolt of I857, which is popularly known as the First War of Independence.

However, most of these revolts were unsuccessful and failed to overpower British rule.

Learn more: Popular Uprisings and Revolts against the British

The policies of the British like Engish Education resulted in an awakening in east, west, north and south India.

While some of the reform movements were against the policies of the British, others were aimed at reforming Indian society.

The reform movements paved way for an organised nationalism in India – which was divided across social, political, and economic dimensions.

6. The emergence of Indian Nationalism and India’s struggle for independence

Different political associations started to form in Bengal, Bombay and Madras. However, the Indian National Congress (INC) formed in 1885 turned the foundational stone of organised nationalism in India. Crores of people who were oppressed under the foreign British rule started to unite and demanded their rights and representation.

The early phase of the Indian National Congress is known as the Moderate Phase (1885-1905). Later, with the rise of militant nationalism and radical politics, extremists started to gain prominence. The extremist phase (1905-1918) is marked by major events like the Partition of Bengal, Swadeshi movement, Revolutionary Terrorist movement, Ghadar movement, Home Rule movement etc.

By 1918, Mahatma Gandhi emerged as an influential leader in Indian Politics. He was actively involved in the Khilafat movement and the Non-Cooperation Movement (1919-1922).

The later period witnessed the emergence of new parties and movements within and outside Congress like the Swaraj Party, the Revolutionary Terrorist Movement, the Communist Party, the peasant movements, the worker’s movements, the states’ peoples movement etc.

However, Indian National Congress remained the central party which received massive support from all sectors.

The British tried to pacify Indians by conducting three Round Table Conferences, without much success.

Over the years, Indian National Congress pressed for more power and representation to Indians. Various acts passed by the British Parliament led to constitutional development and resulted in the legislature, executive, and judiciary in British India.

Elections were conducted in 1937, however, the hopes of Indian democracy were short-lived because of the 2nd world war.

Gandhi started Quit India Movement in 1942 with an aim to end the British rule in India.

Various negotiations were attempted for a peaceful settlement and freedom. However, the extreme communalism at that period resulted in the Partition of British India into Pakistan and India.

How to learn modern Indian History from ClearIAS?

ClearIAS publishes online notes on various subjects which can be accessed from our free study materials link in the Menu.

Once you come across any note about modern Indian History on the ClearIAS website, associate that with the 6-part structure of Indian History as formulated in this post. This will help you learn in an organised way. This will also make your foundation strong.

You should not limit your learning to mainstream leaders or movements. Nowadays, UPSC frames questions from the subaltern perspective too.

Note: A subaltern is someone with a low ranking in a social, political, or other hierarchy. It can also mean someone who has been marginalized or oppressed.

Due to its extensive nature of various subjects, we do not claim that ClearIAS notes are complete or enough for UPSC preparation.

Once a basic idea is formed from ClearIAS notes, I recommend you supplement your learning with authoritative textbooks. Remember, Textbooks, Test-Series, and Techniques are the core 3T’s in the ClearIAS approach of learning.

Books that can help you learn Modern Indian History for UPSC

From the UPSC exam perspective, I recommend UPSC aspirants to depend on Modern Indian History by Sonali Bansal and Snehil Tripathi for preparation. Even though a bit heavy, this book is highly reader-friendly and helps aspirants cover priority topics for Prelims and Mains in an orderly fashion.

If you have time constraints, don’t try to learn everything mentioned in this book line by line, but rather try to understand the contents of the book on the backdrop of the 6-part structure of Indian History as formulated in this article.

Another popular book among aspirants is ‘A Brief History of Modern India‘ authored by Rajiv Ahir and published by Spectrum Publications. You can buy either of the two books.

For History enthusiasts who have further time, links to a few other good textbooks are also provided below.