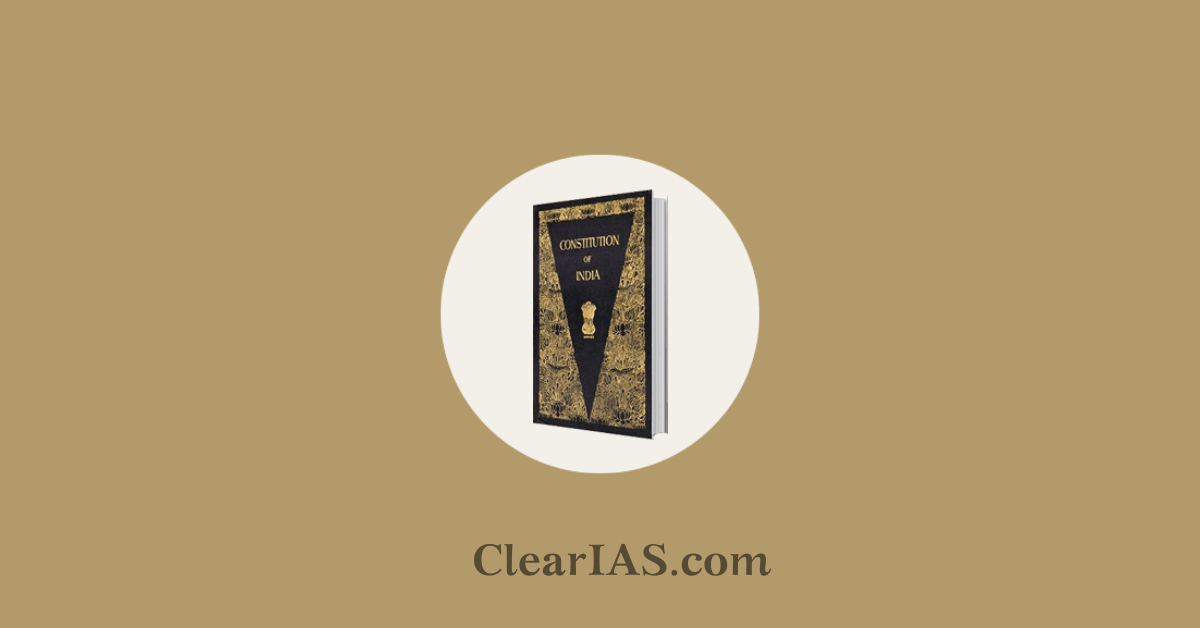 Constitution Day is observed on 26th November each year in India since 2015. It commemorates the adoption of the constitution of India back in 1949. Read here to know more about the importance of the day and some important facts related to the constitution.

The Constitution of India, the largest democracy in the world, is the longest one ever written, with 448 articles grouped into 25 parts and 12 schedules.

November 26, 2022, marks the 73rd anniversary of the adoption of the Indian constitution.

This year also several new initiatives have been announced by the Prime Minister. Following initiatives under the E-Court Project:

Constitution Day is also known as ‘Samvidhan Divas’, is celebrated in the country on 26th November every year to commemorate the adoption of the Constitution of India.

On 26th November 1949, the Constituent Assembly of India adopted the Constitution of India, which came into effect on 26th January 1950.

The Ministry of Social Justice and Empowerment on 19th November 2015 notified the decision of the Government of India to celebrate the 26th day of November every year as ‘Constitution Day’ to promote Constitution values among citizens.

History of Framing of the constitution

1934: The idea of calling a Constituent Assembly was initially conceived in by Mr. M.N. Roy, an Indian communist pioneer.

1935: With its proposal for the formation of a Constituent Assembly to draft the Indian Constitution, the Indian National Congress then took center stage.

1940: The British Government ultimately agreed to this uncompromising demand of the Indians in 1940 after receiving a draught plan from Sir Stafford Cripps.

Stephen Cripps recognized that an Indian constitution ought to be developed by the Cripps Proposal, but the Indians rejected it. The British idea was referred to by Gandhiji as a “bankrupt bank check.”

The Constituent Assembly was first recommended by the Cabinet Mission, making a lasting historical impression as it signaled the start of the process of drafting the Indian Constitution.

1946: An “Objective Resolution” was presented by Jawaharlal Nehru, laying down the underlying principles of the constitution. This later became the Preamble of the Constitution.

The Constituent Assembly drafted the nation’s supreme law between 1946 and 1950, and it was finally approved on November 26, 1949- observed as Constitution Day.

On January 26, 1950, India’s freshly designed constitution went into effect, and every year we commemorate this event with Republic Day.

A Constituent Assembly was established under the Cabinet Mission Plan of 1946 to establish the Indian Constitution.

The Constituent Assembly met for the first time on December 9, 1946. Dr. Sachchidananda Sinha chaired this meeting.

The Constituent Assembly of India appointed a total of 13 committees to deal with different tasks related to the framing of the constitution.

On August 14, 1947, the Assembly reassembled as a sovereign body and successor to the British Parliament’s authority in India.

Influence of other Constitutions

The history of Indian Constitution creation has a special position in Indian history. It was not an easy procedure to create such a comprehensive text, and it required brilliant brains to toil tirelessly day and night to leave behind an incredible legacy that India’s future generations would treasure for decades.