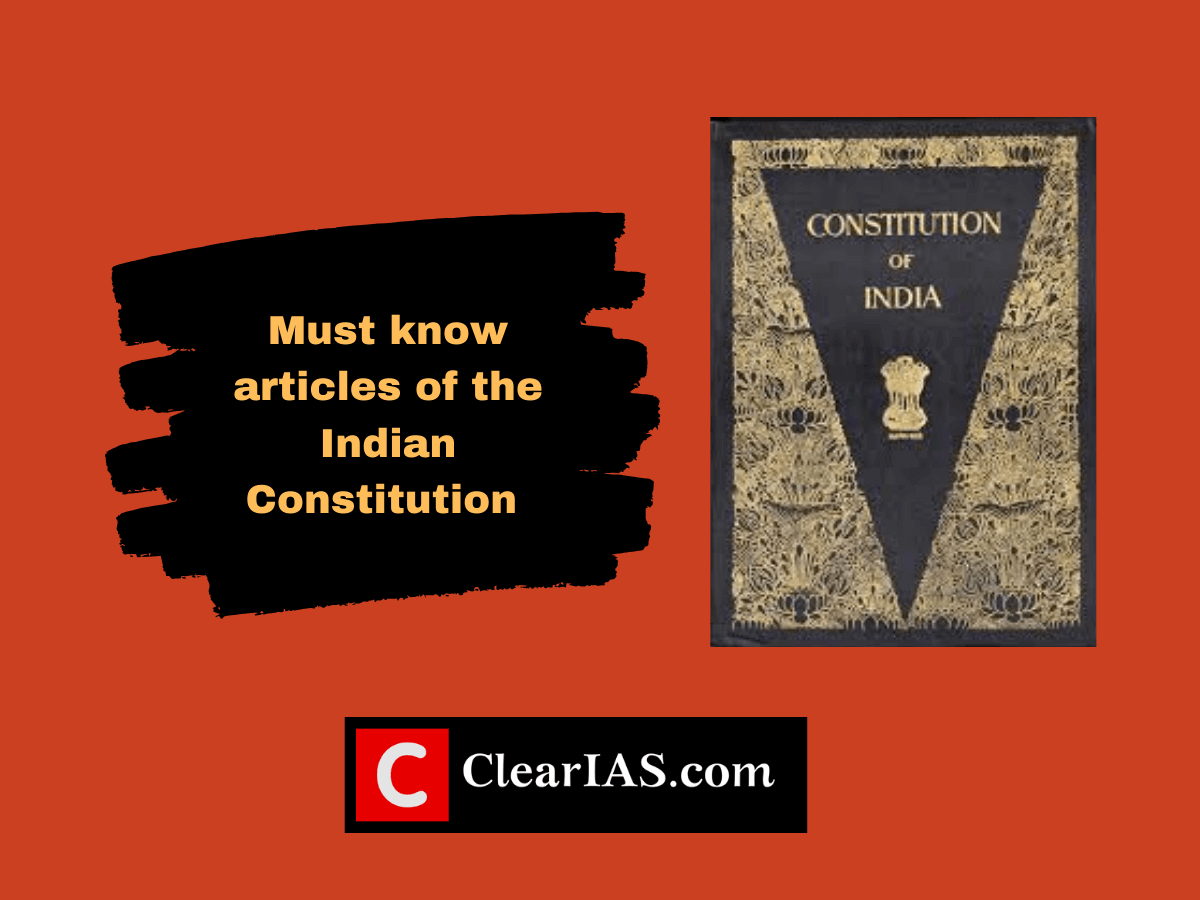 Which are the must-know articles of the Indian Constitution?

Original Indian Constitution, when adopted by Constituent Assembly in 1949, had 395 articles and 22 parts. Many other articles and three other parts were added to it by subsequent constitutional amendments. As of now, the Indian constitution has about 450 articles in 25 parts.

In this post, let’s learn the must-know articles of the Indian Constitution.

It’s not expected from a UPSC aspirant to by-heart all articles in Indian Constitution. But he/she is expected to have a fair idea about the nature and salient features of the Indian Constitution like Federalism, Separation of Powers, Fundamental Rights etc.

Other Important Articles of the Indian Constitution

While learning, take a special note on the below articles.

Some important Fundamental Rights are:

Part 13: Trade, Commerce and Intercourse within the territories of India (301-307)