Just like all vegetation cannot be seen all over the world, industries too are not seen everywhere. Industries have an affinity towards particular locations. Of course, the availability of raw material is one of the major reasons, but that is not the sole determinant.

This post explores the distribution of major industries across the world and reasons for the variations.

Note: This is one topic specifically mentioned in UPSC syllabus for main exam and aspirants are advised to start from our previous articles related to various sectors of economy and factors responsible for the location of industries.

Yes, there are lot many industries, and it is not possible to analyze location details of all. So we are limiting this post on the world’s major industries (article courtesy: NCERT). Our focus is on three major industries in the world, but aspirants are advised to go through other industries like petroleum, fertilizers, automobile, pharmaceuticals, sugar etc too.

The world’s major industries are:

The iron and steel and textile industry are the older industries while information technology is an emerging industry. 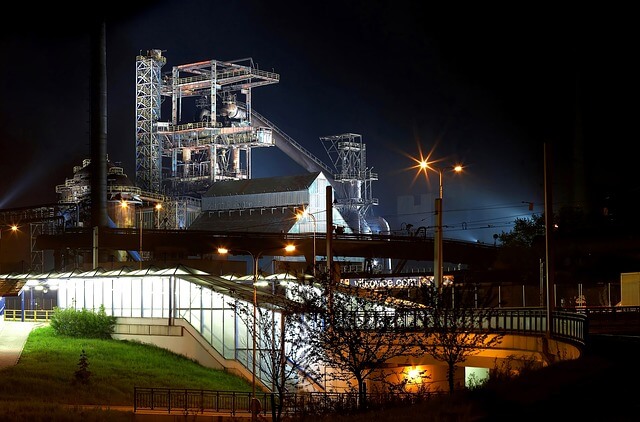 Like other industries iron and steel industry too comprises various inputs, processes and outputs. The inputs for the industry include raw materials such as iron ore, coal and limestone, along with labour, capital, site and other infrastructure. The process of converting iron ore into steel involves many stages. The raw material is put in the blast furnace where it undergoes smelting. It is then refined. The output obtained is steel which may be used by other industries as raw material.

Changes in locations: Before 1800 A.D. iron and steel industry was located where raw materials, power supply and running water were easily available. Later the ideal location for the industry was near coal fields and close to canals and railways. After 1950, iron and steel industry began to be located on large areas of flat land near sea ports. This is because by this time steel works had become very large and iron ore had to be imported from overseas.

Locations in India: In India, iron and steel industry has developed taking advantage of raw materials, cheap labour, transport and market. All the important steel producing centres such as Bhilai, Durgapur, Burnpur, Jamshedpur, Rourkela, Bokaro are situated in a region that spreads over four states — West Bengal, Jharkhand, Odisha and Chhattisgarh. Bhadravati and Vijay Nagar in Karnataka, Vishakhapatnam in Andhra Pradesh, Salem in Tamil Nadu are other important steel centres utilising local resources. India’s steel production increased from one million tonne in 1947 to 30 million tonnes in 2002.

Why Jamshedpur? Before 1947, there was only one iron and steel plant in the country – Tata Iron and Steel Company Limited (TISCO). It was privately owned. After Independence, the government took the initiative and set up several iron and steel plants. TISCO was started in 1907 at Sakchi, near the confluence of the rivers Subarnarekha and Kharkai in Jharkhand. Later on Sakchi was renamed as Jamshedpur. Geographically, Jamshedpur is the most conveniently situated iron and steel centre in the country.

Sakchi was chosen to set up the steel plant for several reasons. This place was only 32 km away from Kalimati station on the Bengal-Nagpur railway line. It was close to the iron ore, coal and manganese deposits as well as to Kolkata, which provided a large market. TISCO gets coal from Jharia coalfields, and iron ore, limestone, dolomite and manganese from Odisha and Chhattisgarh. The Kharkai and Subarnarekha rivers ensured sufficient water supply. Government initiatives provided adequate capital for its later development.

Why Pittsburgh? It is an important steel city of the United States of America. The steel industry at Pittsburgh enjoys locational advantages. Some of the raw material such as coal is available locally, while the iron ore comes from the iron mines at Minnesota, about 1500 km from Pittsburgh. Between these mines and Pittsburgh is one of the world’s best routes for shipping ore cheaply – the famous Great Lakes waterway. Trains carry the ore from the Great Lakes to the Pittsburgh area. The Ohio, the Monogahela and Allegheny rivers provide adequate water supply.

Today, very few of the large steel mills are in Pittsburgh itself. They are located in the valleys of the Monogahela and Allegheny rivers above Pittsburgh and along the Ohio River below it. Finished steel is transported to the market by both land and water routes. The Pittsburgh area has many factories other than steel mills. These use steel as their raw material to make many different products such as railroad equipment, heavy machinery and rails. 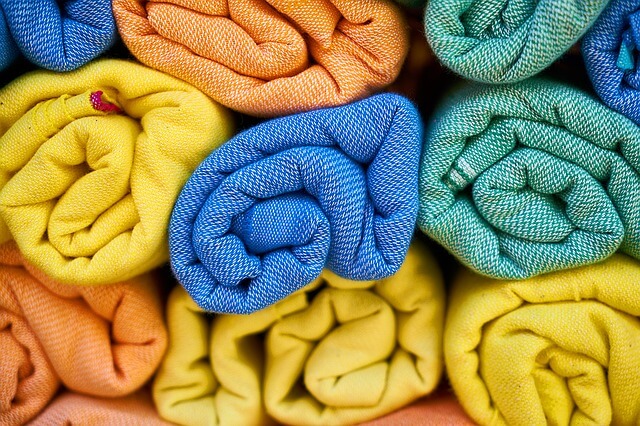 Weaving cloth from yarn is an ancient art. Cotton, wool, silk, jute, flax have been used for making cloth. The textile industry can be divided on the basis of raw materials used in them. Fibres are the raw material of textile industry. Fibres can be natural or man-made. Natural fibres are obtained from wool, silk, cotton, linen and jute. Man-made fibres include nylon, polyester, acrylic and rayon. The cotton textile industry is one of the oldest industries in the world. Till the industrial revolution in the 18th century, cotton cloth was made using hand spinning techniques (wheels) and looms. In 18th century power looms facilitated the development of cotton textile industry, first in Britain and later in other parts of the world. Today India, China, Japan and the USA are important producers of cotton textiles.

India has a glorious tradition of producing excellent quality cotton textiles. Before the British rule, Indian hand spun and hand woven cloth already had a wide market. The Muslins of Dhaka, Chintzes of Masulipatnam, Calicos of Calicut and Gold-wrought cotton of Burhanpur, Surat and Vadodara were known worldwide for their quality and design. But the production of hand woven cotton textile was expensive and time consuming. Hence, traditional cotton textile industry could not face the competition from the new textile mills of the West, which produced cheap and good quality fabrics through mechanized industrial units.

Why Mumbai? The first successful mechanized textile mill was established in Mumbai in 1854. The warm, moist climate, a port for importing machinery, availability of raw material and skilled labour resulted in rapid expansion of the industry in the region. Initially this industry flourished in the states of Maharashtra and Gujarat because of favourable humid climate. But today, humidity can be created artificially, and raw cotton is a pure and not weight losing raw material, so this industry has spread to other parts of India. Coimbatore, Kanpur, Chennai, Ahmedabad, Mumbai, Kolkata, Ludhiana, Puducherry and Panipat are some of the other important centres.

Why Ahmedabad? It is located in Gujarat on the banks of the Sabarmati river. The first mill was established in 1859. It soon became the second largest textile city of India, after Mumbai. Ahmedabad was therefore often referred to as the ‘Manchester of India’. Favourable locational factors were responsible for the development of the textile industry in Ahmedabad. Ahmedabad is situated very close to cotton growing area. This ensures easy availability of raw material. The climate is ideal for spinning and weaving. The flat terrain and easy availability of land is suitable for the establishment of the mills. The densely populated states of Gujarat and Maharashtra provide both skilled and semi-skilled labour. Well-developed road and railway network permits easy transportation of textiles to different parts of the country, thus providing easy access to the market. Mumbai port nearby facilitates import of machinery and export of cotton textiles.

But in the recent years, Ahmedabad textile mills have been having some problems. Several textile mills have closed down. This is primarily due to the emergence of new textile centres in the country as well as non- upgradation of machines and technology in the mills of Ahmedabad.

Why Osaka? It is an important textile centre of Japan, also known as the ‘Manchester of Japan’. The textile industry developed in Osaka due to several geographical factors. The extensive plain around Osaka ensured that land was easily available for the growth of cotton mills. Warm humid climate is well suited to spinning and weaving. The river Yodo provides sufficient water for the mills. Labour is easily available. Location of port facilitates import of raw cotton and for exporting textiles. The textile industry at Osaka depends completely upon imported raw materials. Cotton is imported from Egypt, India, China and USA. The finished product is mostly exported and has a good market due to good quality and low price. Though it is one of the important textile cities in the country, of late, the cotton textile industry of Osaka has been replaced by other industries, such as iron and steel, machinery, shipbuilding, automobiles, electrical equipment and cement.

The information technology industry deals in the storage, processing and distribution of information. Today, this industry has become global. This is due to a series of technological, political, and socio-economic events. The main factors guiding the location of these industries are resource availability, cost and infrastructure. The major hubs of the IT industry are the Silicon Valley, California and Bangalore, India.

Why Silicon Valley? Silicon Valley is a part of Santa Clara Valley, located next to the Rocky Mountains of North America. The area has temperate climate with the temperatures rarely dropping below 0 degrees centigrade.

Why Bangalore? Bangalore is located on the Deccan Plateau from where it gets the name ‘Silicon Plateau’. The city is known for its mild climate throughout the year. There are other emerging information technology hubs in metropolitan centres of India such as Mumbai, New Delhi, Hyderabad and Chennai. Other cities such as Gurgaon, Pune, Thiruvanthapuram, Kochi and Chandigarh are also important centres of the IT industry. However, Bangalore has always had a unique advantage, as a city with highest availability of middle and top management talent.