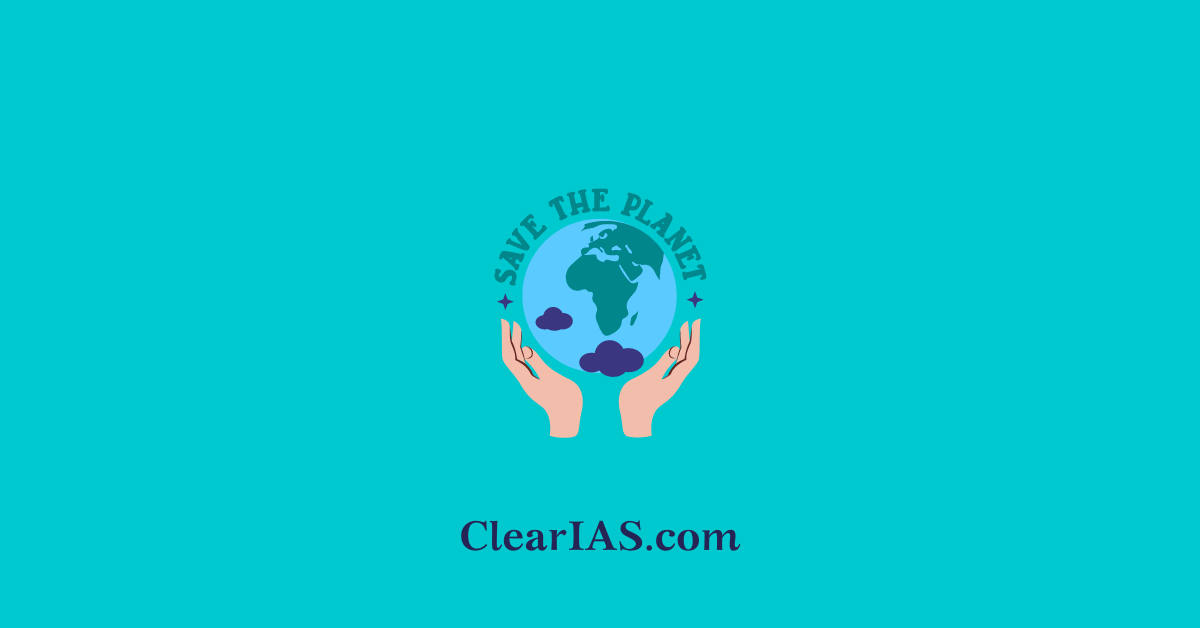 The environment is the physical surroundings of a person, a part of which they are, and on which they depend for activities including physiologic function, production, and consumption. The natural resources in his physical environment include air, water, and land as well as plants, animals, and ecosystems.

Pollution is any unfavorable alteration in the physical, chemical, or biological characteristics of our environment, including the air, water, and soil, that may or will have a negative impact on people or other species as well as the life support systems of our biosphere. Pollutants can be natural, such as volcanic ash, and can also be created by human activity, such as trash or runoff produced by factories.

According to the origin, pollutants are categorized as:

According to their nature of disposal, pollutants are grouped into:

As per their existence in nature, pollutants are categorized as:

According to the form in which they persist after release into the environment, pollutants are categorized as:

The main contributors to environmental degradation include modern urbanization, industrialization, population expansion, deforestation, etc. Unplanned urbanization and industrialization have contaminated the water, air, and sound systems.  The air is additionally polluted by the smoke produced by automobiles and industries, which includes nitrogen oxide, carbon monoxide, and chlorofluorocarbon.

The release of greenhouse gases into the atmosphere causes climate change. It mostly results from the burning of fossil fuels, agricultural emissions, and changes in land use brought on by the eradication, clearing, and burning of forests.

The rapid population growth and economic development in the country are degrading the environment through the uncontrolled growth of urbanization and industrialization, expansion and intensification of agriculture, and the destruction of natural habitats.

Because of the pollution caused by chlorofluorocarbons (CFCs) in the atmosphere, stratospheric ozone is being depleted. It is a serious issue because the absence of protective ozone at high altitudes causes an increase in the amount of harmful solar ultraviolet (UV-B) radiation that penetrates the surface of the earth, leading to a variety of health problems and ecological effects.

Poverty is said to be both cause and effect of environmental degradation. The fast increment of human numbers joined with urgent poverty and rising levels of utilization are draining natural resources on which the vocation of present and future ages depends.

Worldwide, Approximately a billion people live in areas that mostly comprise industrial cities, and they are said to be the ones who are most affected by air pollution. The deterioration of air quality is caused by a number of air pollutants, but some major ones are particulate matter, such as oxides of nitrogen, oxides of sulfur, lead, and other aromatic compounds (such as benzene).

Impurities brought on by contaminants can also seriously affect water quality, having a variety of negative repercussions on both the environment and human health.

Numerous other human activities, such as mining and industrial processes that may release harmful effluents, contribute to water contamination. Other significant factors contributing to the marine environment’s substantial degradation are oil spills, plastic waste buildup, and biological accumulation of persistent organic pollutants.

It has been estimated that around half of the world’s mature forests have been cleared by humans. Deforestation occurs for a variety of reasons, but the majority of deforestation now occurs when tropical forests are cleared for agriculture and pastoralism; destruction of trees for charcoal production, and the selective logging of forests for timber.

Environmental pollution and degradation have an impact on several aspects of life:

Public health is clearly threatened by pollution, a lack of fresh water, and population growth. According to the WHO, unhealthful settings are directly responsible for about one out of every four deaths each year.

Additionally, diarrheal infections claim the lives of 340,000 children under five years of age every year. Water scarcity already affects four out of every 10 people and according to UNISDR, 90% of natural disasters are water-related.

Both ecosystems and species are impacted by the long list of environmental problems that exist on this planet. In fact, by 2050, one in ten plant and animal species is predicted to become extinct.

Social Awareness: The need to raise public awareness of the consequences of pollution is urgent.

Population Control: If the environment is to be protected it is essential to check population growth.

Environment Conservation Acts Implementation: The Environment (Protection) Act was passed in 1986 in India with the objective to check the deterioration in the quality of the environment. Such government measures should be strictly enforced.

Control over Industrial and Agricultural Pollution: Controlling the air and water pollution brought on by industrial development is essential for environmental conservation. The use of pesticides and chemical fertilizers should be avoided to prevent agricultural pollution.

Afforestation: Extensive afforestation campaign should be launched in the interest of environmental protection.