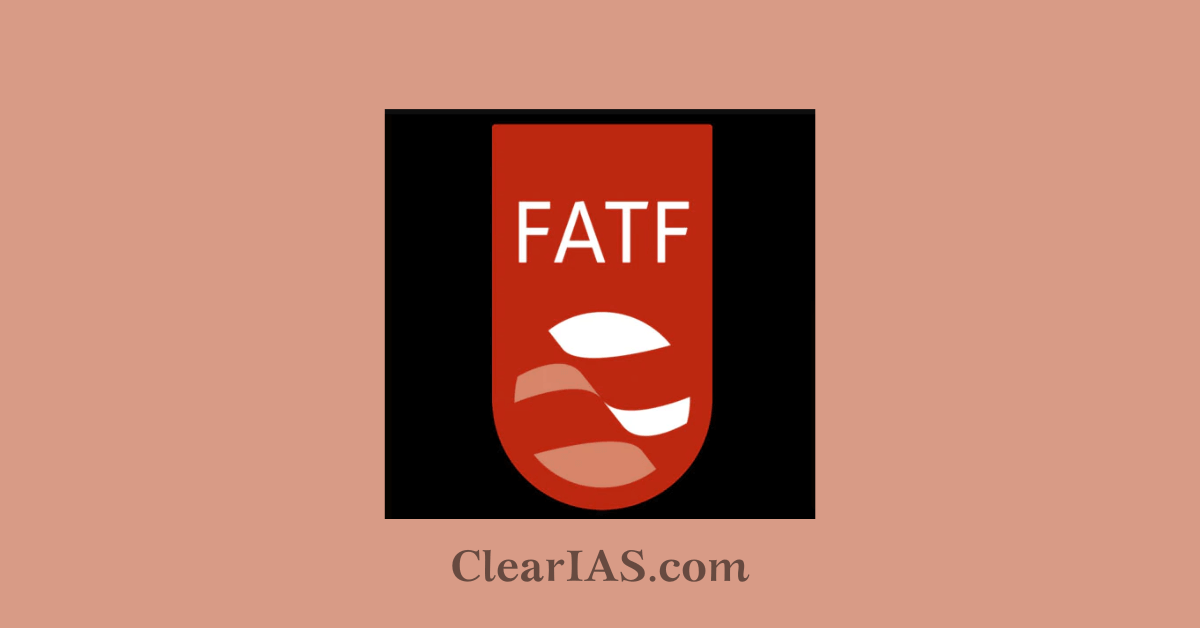 The Financial Action Task Force (FATF) is an intergovernmental organization monitoring the international financial crimes that aid terrorism. Read here to know more about it.

The financial Action Task Force (FATF) announced that a country could be removed from the grey list.

The FATF has developed the FATF Recommendations, or FATF Standards, which ensure a coordinated global response to prevent organized crime, corruption, and terrorism.

Its Secretariat is located at the Organisation for Economic Cooperation and Development (OECD) headquarters in Paris.

In response to mounting concern over money laundering, the Financial Action Task Force on Money Laundering was established by the G-7 Summit that was held in Paris in 1989.

In October 2001, after the 9/11 attack, the FATF expanded its mandate to incorporate efforts to combat terrorist financing, in addition to money laundering.

In April 2012, it added efforts to counter the financing of proliferation of weapons of mass destruction.

The objectives of the FATF are:

Starting with its members, the FATF monitors countries’ progress in:

The FATF currently comprises 37 member jurisdictions and 2 regional organizations (GCC and European commission), representing most major financial centers in all parts of the globe.

As of March 2022, there are 23 countries on the FATF’s increased monitoring list (officially referred to as “jurisdictions with strategic deficiencies”):

Currently, Iran and the Democratic People’s Republic of Korea (DPRK) are under High-risk Jurisdiction or black list.

The Financial Action Task Force removes countries from the list if it fulfills the recommendations of the FATF.

The FATF most recently took Zimbabwe, and before that Botswana and Mauritius, off the grey list.

Since 2018, it has not been removed from the list.

The FATF issued the 27-point action plan after placing Pakistan on the ‘Grey List’ in June 2018.

The action plan pertains to curbing money laundering and terror financing. A parallel action plan was handed out by the FATF’s regional partner – the Asia Pacific Group (APG) – in 2019.

When the Financial Action Task Force (FATF) places a jurisdiction under increased monitoring, it means the country has committed to resolving swiftly the identified strategic deficiencies within agreed timeframes and is subject to increased monitoring.

Greylisting adversely impacts the imports, exports, and remittances of the country and limits access to international lending.

Major financial institutions like the IMF and World Bank are affiliated with FATF as observers; a grey-listed country faces complications in accessing international lending instruments.