In the post ‘Government Budgeting basics‘, we have seen that Indian Budget is not a single document, but consists of many documents like Annual Financial Statement, Demand for Grants, Appropriation Bill, Finance Bill etc. Also, there are certain budget documents as per the requirements of FRBM act 2003. In this post, we shall go into the details of each of these documents and see what these documents are all about. 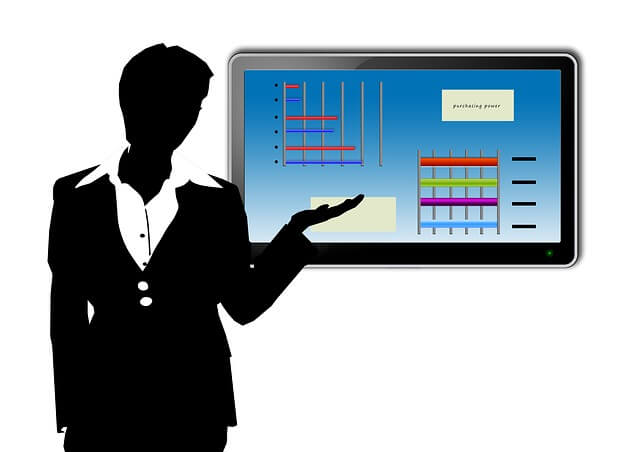 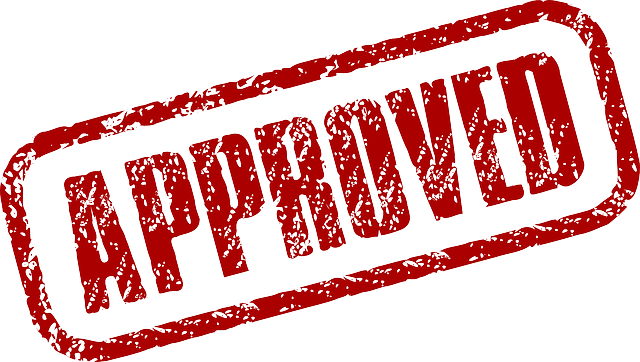 Article 113 of the Constitution mandates that the estimates of expenditure from the Consolidated
Fund of India included in the Annual Financial Statement and required to be voted by the Lok Sabha are submitted in the form of Demands for Grants. The Demands for Grants are presented to the Lok Sabha along with the Annual Financial Statement. Generally, one Demand for Grant is presented in
respect of each Ministry or Department. However, more than one Demand may be presented for a
Ministry or Department depending on the nature of expenditure. In regard to Union Territories without Legislature, a separate Demand is presented for each of the Union Territories. In budget 2014-15 there were 106 Demands for Grants.

Each Demand first gives the totals of ‘voted’ and ‘charged’ expenditure as also the ‘revenue’ and ‘capital’ expenditure included in the Demand separately, and also the grand total of the amount of expenditure for which the Demand is presented. This is followed by the estimates of expenditure under different major heads of account. The breakup of the expenditure under each major head between ‘Plan’ and ‘Non-Plan’ is also given. The amounts of recoveries taken in reduction of expenditure in the accounts are also shown. A summary of Demands for Grants is given at the beginning of this document, while details of ‘New Service’ or ‘New Instrument of Service’ such as formation of a new company, undertaking or a new scheme, etc., if any, are indicated at the end of the document.

PS: For more reference on any of these budget documents refer: Key to Budget Documents by Ministry of Finance as given in indiabudget.nic.in.

The whole process beginning with the presentation of the Budget and ending with discussions and voting on the Demands for Grants requires sufficiently long time. The Lok Sabha is, therefore, empowered by the Constitution to make any grant in advance in respect of the estimated expenditure for a part of the financial year pending completion of procedure for the voting of the Demands. The purpose of the ‘Vote on Account’ is to keep Government functioning, pending voting of ‘final supply’. The Vote on Account is obtained from Parliament through an Appropriation (Vote on Account) Bill.

At the time of presentation of the Annual Financial Statement before Parliament, a Finance Bill is also
presented in fulfillment of the requirement of Article 110 (1)(a) of the Constitution, detailing the imposition, abolition, remission, alteration or regulation of taxes proposed in the Budget. A Finance Bill is a Money Bill as defined in Article 110 of the Constitution. It is accompanied by a Memorandum explaining the provisions included in it.

Memorandum Explaining the Provisions in the Finance Bill

Documents as per the requirements of FRBM act:

The Macroeconomic Framework Statement presented to Parliament under Section 3(5) of the Fiscal
Responsibility and Budget Management Act, 2003 and the rules made thereunder contains an assessment of the growth prospects of the economy with specific underlying assumptions. It contains assessment regarding the GDP growth rate, fiscal balance of the Central Government and the external sector balance of the economy.

The Fiscal Policy Strategy Statement, presented to Parliament under Section 3(4) of the Fiscal Responsibility and Budget Management Act, 2003, outlines the strategic priorities of Government in the fiscal area for the ensuing financial year relating to taxation, expenditure, lending, and investments, administered pricing, borrowings and guarantees. The Statement explains how the current policies are in conformity with sound fiscal management principles and give the rationale for any major deviation in key fiscal measures.

The Medium-term Fiscal Policy Statement presented to Parliament under Section 3(2) of the Fiscal
Responsibility and Budget Management Act, 2003, sets out three-year rolling targets for four specific fiscal indicators in relation to GDP at market prices namely (i) Revenue Deficit, (ii) Fiscal Deficit, (iii) Tax to GDP ratio and (iv) Total outstanding Debt at the end of the year. The Statement includes the underlying assumptions, an assessment of sustainability relating to balance between revenue receipts and revenue expenditure and the use of capital receipts including market borrowings for generation of productive assets.

The Medium-term Expenditure Framework Statement presented to Parliament under Section 3 of the
Fiscal Responsibility and Budget Management Act, 2003 sets forth a three-year rolling target for the expenditure indicators with a specification of underlying assumptions and risks involved. The objective of the MTEF is to provide a closer integration between budget and the FRBM Statements.
PS: This Statement is presented separately in the session next to the session in which Budget is presented, i.e. normally in the Monsoon Session.

This document deals with revenue and capital disbursements of various Ministries/Departments and
gives the estimates in respect of each under ‘Plan’ and ‘Non-Plan’. It also gives analysis of various
types of expenditure and broad reasons for the variations in estimates.

The provisions made for a scheme or a programme may spread over a number of Major Heads in the
Revenue and Capital sections in a Demand for Grants. In the Expenditure Budget Vol. 2, the estimates made for a scheme/programme are brought together and shown on a net basis at one place, by Major Heads. To understand the objectives underlying the expenditure proposed for various schemes and programmes in the Demands for Grants, suitable explanatory notes are included in this volume in which, wherever necessary, brief reasons for variations between the Budget estimates and Revised estimates for the current year and requirements for the ensuing Budget year are also given.

Estimates of receipts included in the Annual Financial Statement are further analysed in the document
“Receipts Budget”. The document provides details of tax and non-tax revenue receipts and capital receipts and explains the estimates. The document also provides the arrears of tax revenues and non-tax revenues, as mandated under the Fiscal Responsibility and Budget Management Rules, 2004. The trend of receipts and expenditure along with deficit indicators, statement pertaining to National Small Savings Fund (NSSF), statement of revenues foregone, statement of liabilities, statement of guarantees given by the government, statements of assets and details of external assistance are also included in Receipts Budget.

Budget at a Glance

This document shows in brief, receipts, and disbursements along with broad details of tax revenues
and other receipts. This document also exhibits broad break-up of expenditure – Plan and Non-Plan,
allocation of Plan outlays by sectors as well as by Ministries/Departments and details of resources
transferred by the Central Government to State and Union Territory Governments. This document
also shows the revenue deficit, the gross primary deficit and the gross fiscal deficit of the Central
Government. The excess of Government’s revenue expenditure over revenue receipts constitutes
revenue deficit of Government. The difference between the total expenditure of Government by way
of revenue, capital and loans net of repayments on the one hand and revenue receipts of Government
and capital receipts which are not in the nature of borrowing but which finally accrue to Government
on the other, constitutes gross fiscal deficit. Gross primary deficit is measured by gross fiscal deficit
reduced by gross interest payments. In the Budget documents ‘gross fiscal deficit’ and ‘gross primary
deficit’ have been referred to in abbreviated form ‘fiscal deficit’ and ‘primary deficit’, respectively. This
document also shows liabilities of the Government on account of securities (bonds) issued in lieu of
oil and fertilizer subsidies.

This document explains the key features of the Budget, inter alia, indicating the prominent
achievements in various sectors of the economy. It also explains, in brief, the budget proposals for allocation of funds to be made in important areas. The summary of tax proposals is also reflected in the document.

Other Documents Along with Budget Statements

With effect from Financial Year 2007-08, the Performance Budget and the Outcome Budget hitherto
presented to Parliament separately by Ministries/Departments, are merged and presented as a single
document titled “Outcome Budget” by each Ministry/Department in respect of all Demands/
Appropriations controlled by them, except those exempted from this requirement. Outcome Budget
broadly indicates physical dimensions of the financial budget of a Ministry/Department, indicating
actual physical performance in the preceding year (2015-2016), performance in the first nine months
(up to December) of the current year (2016-2017) and the targeted performance during the ensuing
year (2014-2015).

The Economic Survey brings out the economic trends in the country which facilitates a better appreciation of the mobilisation of resources and their allocation in the Budget. The Survey analyses the trends in agricultural and industrial production, infrastructure, employment, money supply, prices, imports, exports, foreign exchange reserves and other relevant economic factors which have a bearing on the Budget, and is presented to the Parliament ahead of the Budget for the ensuing year.

The Budget of the Central Government is not merely a statement of receipts and expenditure. Since
Independence, with the launching of Five Year Plans, it has also become a significant statement of government policy. The Budget reflects and shapes, and is, in turn, shaped by the country’s economy. For a better appreciation of the impact of government receipts and expenditure on the other sectors of the economy, it is necessary to group them in terms of economic magnitudes, for example, how much is set aside for capital formation, how much is spent directly by the Government and how much is transferred by Government to other sectors of the economy by way of grants, loans, etc. This analysis is contained in the Economic and Functional Classification of the Central Government Budget which is brought out by the Ministry of Finance separately.