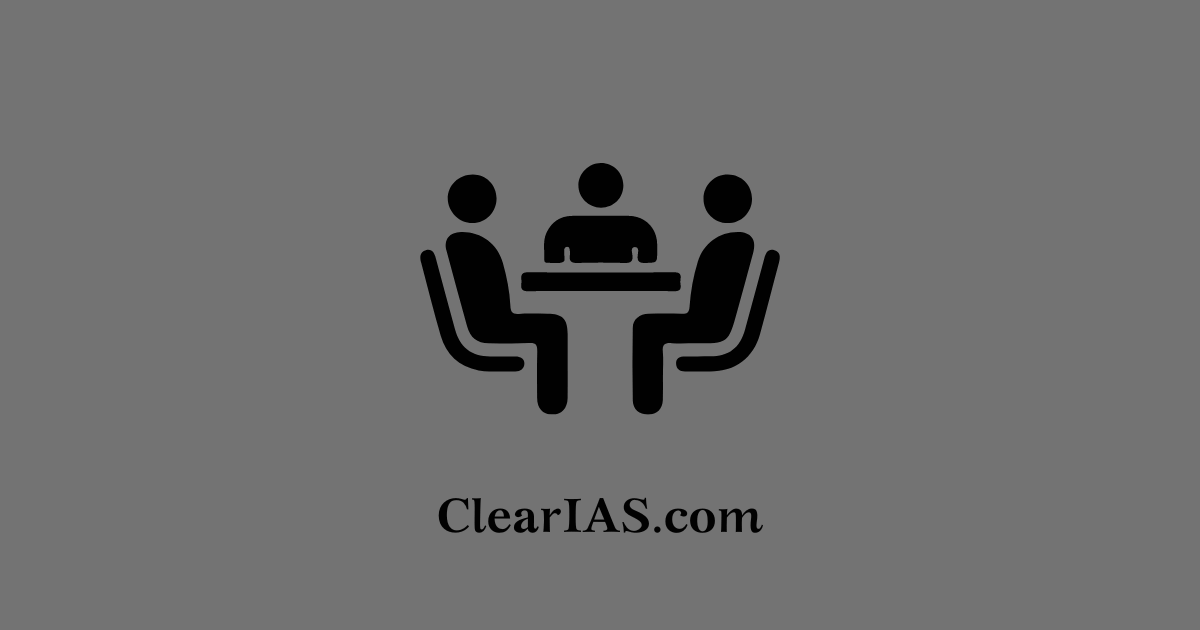 What is an Inter-State Council? What are its functions and composition? Why is it so important? What are the existing issues? To answer these questions, read further.

An Inter-State Council (ISC) is established in accordance with Article 263 of the Indian Constitution “if it appears to the President at any time that the institution of a Council would be in the public interests”.

The council was established on May 28, 1990, by presidential order, in response to the Sarkaria Commission’s recommendation.

It is a constitutional, advisory, and quasi-federal body. It will be chaired by the prime minister.

For the first time, it was established in 1990 by presidential order under the Ministry of Home Affairs. The Council should convene at least three times per year.

While Article 131 gives the Supreme Court exclusive authority and permits the judicial adjudication of interstate disputes. One category of such disputes may be decided by an extrajudicial tribunal under Article 262.

Article 263 on the other hand demands on administrative bodies to conduct investigations and make recommendations to prevent interstate disputes.

The country can advance only with the cooperation of the Union and the State governments. The federation’s operation is loaded with difficulties. Periodic conversations and debates are important for the system to operate well. The Inter-State Council serves as a tool for collaboration, coordination, and the development of universally accepted policies.

Composition of the council

Significance of the Inter-State Council

In a decentralized polity where the interaction between several levels of government is significant, the interstate council is an essential preliminary step.

The Inter-State Council is involved in a variety of disputes between two governments. It helps in resolving disputes.

It plays a role as a forum for conversation and debate. And as a result, it holds central and state governments more responsible for their activities.

It provides an ideal environment for discussing the needs of the people, dealing with their issues, and making decisions that benefit everyone.

The council aids in bridging the gap in trust between the federal government and the states. It served as a safety valve if not always a problem solver.

Inter-State Council has constitutional support, unlike similar center-state collaboration platforms like NITI Aayog, which gives the states a stronger footing.

The necessity for conversation becomes more critical when many political parties are in charge of the federal government and individual states. States can voice their issues on this platform.

The council also serves as a vehicle for fostering trust between the two administrative units, much like interactions between states, the centre, and union territories.

In the event of a crisis, the Inter-State Council aids in maintaining amicable relations between the two. The center must pay attention to the demands of the states.

The Centre has the authority to engage with other governments, and sponsoring organizations. Inter-State Council will give them a platform to do so.

Issues with the Inter-State Council

One of the most significant issues is the council’s underutilization. In the last 22 years of its existence, the Council has only convened 10 meetings and has moved slowly toward resolving inter-State conflicts.

It is only a consultative organization with no obligations to the state or the federal government. As a result, governments frequently disregard their advice.

It lacks the autonomy necessary for efficient operation as well as technical and managerial professionals. The lack of civil society participation in the council makes it less cooperative and participatory.

There is no permanent constitutional body like the Inter-state council. If it seems to the President that the establishment of such a council will serve the interests of the public, he may do so at any moment.

The purpose of the Inter-State Council was to coordinate between States on matters such as river water conflicts, issues with the placement, financing, and implementation of large-scale projects, ecosystem management, the growth of tourism, etc. On these fronts, the council has not been able to make much progress. As a result, it needs to be strengthened to be able to carry out its purpose.

To properly address the issues and challenges relevant to the current times, the council must meet frequently and for a set period of time.

Instead of being just an advising body, the council should have additional power and jurisdiction under Article 263.

In addition to the All India Services cadre, the council should have professionals from the fields of law, management, finance and economics, and political science.

One of the key recommendations of the Sarkaria Commission was that the council be constituted as a permanent body.

It is necessary to first establish a regular meeting schedule for the Inter-State Council in order for it to become the main institution for settling inter-state disputes.

It needs to be strengthened as a platform for exchanges between the centre and the states on not just administrative, but also political and legislative issues.

Inter-State Council should give more representation to NGOs, the corporate sector, and subject-matter experts to reflect their representations.