ClearIAS » Civil Services Mains » Loaded Questions by UPSC – How should you answer them? 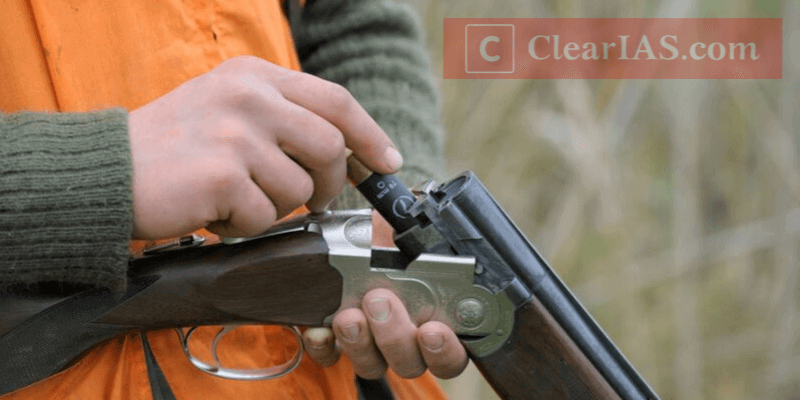 Civil Services Mains (written) Exam 2019 surprised many candidates because UPSC had used some ‘loaded questions’ in the General Studies Papers.

Are you familiar with loaded questions?

You may be a veteran with respect to UPSC Preparation. Still, you may not be familiar with the loaded questions. This is not your fault, because UPSC was not known to use them in their papers. However, they did, this year.

So all aspirants, from now onwards, should know how to properly answer a loaded question. ClearIAS – who keenly analyse and understand the new trends with respect to the latest UPSC requirements – can surely help.

See the loaded questions in the General Studies Papers of UPSC CSE Mains 2019 below:

Question 1) “What are the challenges to our cultural practices in the name of secularism?” (Answer in 150 words)

Question 2) “Do you agree with the view that steady GDP growth and low inflation have left the Indian economy in good shape? Give reasons in support of your arguments.” (Answer in 150 words)

What is a loaded question? A loaded question is a tricky question that’s based on an unjustified assumption.

Loaded questions are based on unfounded presumptions, which may sometimes be false as well.  However, the questioner who uses it cause people to respond in a particular way.

You may note that there may be more meaning to a loaded question than it appears to have.

Example of a loaded question

The traditional example is the question: “Have you stopped beating your wife?”.

Whether the respondent answers yes or no, he will admit to having a wife and having beaten her at some time in the past.

Thus, these facts are presupposed by the question. This is a perfect case of entrapment because it narrows the respondent to a single answer.

This technique is successfully used by lawyers and media persons while questioning. Now, even UPSC too has started using it. Unless you are extremely cautious to realise that the question is a loaded one, you may fall into the trap laid by the questioner.

Why is the ‘Secularism Question’ by UPSC a ‘loaded’ one?

“What are the challenges to our cultural practices in the name of secularism?”.

The question is a loaded question because it has a prejudice that there are some or many challenges to our cultural practices in the name of secularism.

As an aspirant, you were asked to write against a core value of Indian Constitution – secularism, by a Constitutional body, UPSC.

Why is the ‘Steady GDP Growth Question’ by UPSC a ‘loaded’ one?

“Do you agree with the view that steady GDP growth and low inflation have left the Indian economy in good shape? Give reasons in support of your arguments.”

How did candidates answer these loaded questions in the exam-hall pressure?

No. We don’t have any data on that.

Answer sheets are still with UPSC 🙂 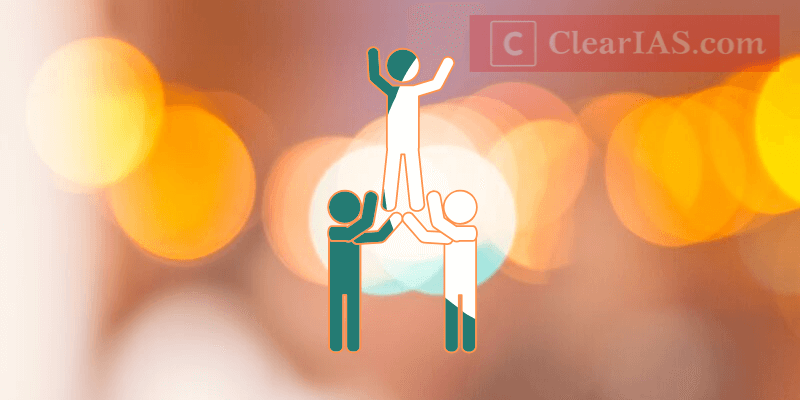 However, we have the data of a very similar challenge.

ClearIAS.com replicated these questions to create an innovative challenge. This time, without any exam-hall pressure. We gave an opportunity to all UPSC aspirants to express his/her opinion, as a patriotic Indian, about the ‘Secularism Question’ asked in UPSC Civil Services Exam – in the comment space provided in the ClearIAS website – in this link.

We got a lot of answers within a short time.

Do you want to know what was the opinion of candidates? How did they respond to the loaded questions?

Yes, most of the aspirants (about 70 %) fell into the trap and started to ‘invent’ challenges to Indian culture because of secularism. Nevertheless, the challenges mentioned were not convincing enough.

Equally flimsy was the sudden tendency to find fault with the Indian version of secularism, which otherwise was always held in high respect. Some aspirants mentioned that the whole concept of secularism is foreign, and India became secular only after the 42nd Constitutional Amendment.

Do you believe you can give a politically correct answer in this question? Well, some aspirants (about 20%) tried that as well, but in vain. In their attempt to give a diplomatic answer, they just poured the confusion in their mind into the answer.

It happens because aspirants are not trained on how to respond when they see questions like these.

All you need to do was to answer as an upright officer!

We are glad to notice some great answers as well. Despite the pressure, they stood cemented to their core values, and preserved their integrity!

Well, the future of India lies in candidates like you.

How should you answer the “Loaded Questions”?

It is an entirely different debate whether UPSC should use loaded questions in Civil Service Main Exam or Personality Test. However, if they ask a loaded question, your approach should be the same.

If you notice a loaded question, don’t get carried away with the flow of the question. Rather use the below tactics. 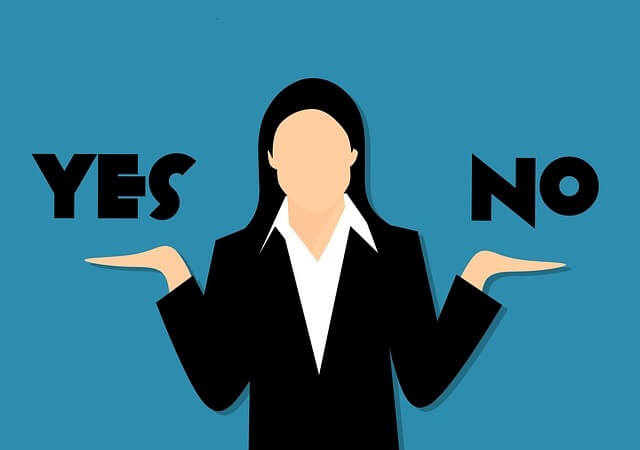 Never try to answer any loaded question with a simple yes or no.

For example, if you try to answer the question ‘Do you agree with the view that steady GDP growth and low inflation have left the Indian economy in good shape?’ with either yes or no, you are just focussing on the current shape of the economy. If you go in that direction, you admit the assumption that India has steady GDP growth (which is a faulty statement, see the graph below.). Don’t prey fall into that trap. 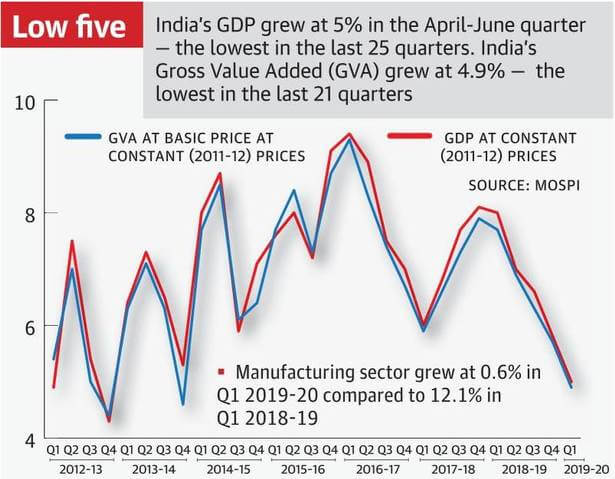 Be bold enough to challenge the assumption behind the question.

In the GDP question, mention that India is growing, however, it is not accurate enough to call the growth as ‘steady GDP growth’, because GDP growth has actually fallen the last couple of years.

You can even challenge the low inflation assumption. As you know, the inflation rate has come down but there is still inflation in the Indian economy. This means that prices are still rising. It is because of the base-year effect that the inflation rate has decreased. Also, inflate rate varies based on the indices we choose for calculation – WPI or CPI. 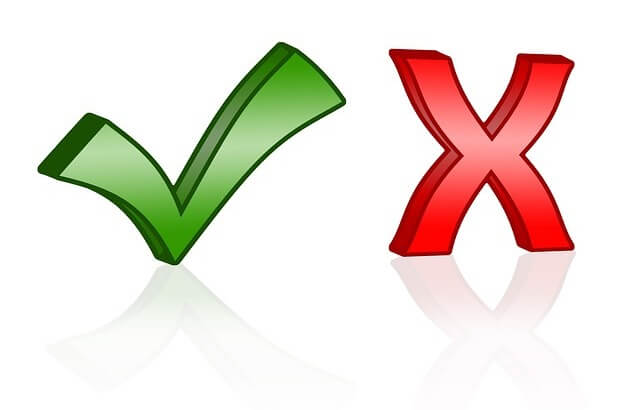 In the question “What are the challenges to our cultural practices in the name of secularism?”, find the two key entities first. They are (1) Cultural Practices (2) Secularism.

Which of the entities has more negativities associated with it – Cultural Practices or Secularism?

As you all know, Sati was once a cultural practice in India. Untouchability was a cultural practice – which still exists in some other forms in India. The caste system is also a cultural practice. We still have many superstitions associated with our culture. On the worst side, we also hear news about many crimes which liberal minds cannot accept in a modern society like the honour killings (Khap panchayats).

What about Secularism then?

Indian secularism is a result of the interaction between positive elements in Indian Culture, the ‘religious tolerance’ and the ideas that came from the west. It resulted in an equal focus on intra-religious and inter-religious domination.

Indian secularism equally opposed the oppression of Dalits and women within Hinduism, the discrimination against women within Indian Islam or Christianity, and the possible threats that a majority community might pose to the rights of the minority religious communities (Courtesy – NCERT).

Clearly, secularism is a positive concept, whereas culture can have negative aspects as well. It is not the other way around. Even in stressful situations, don’t think against your core values. As a future upright officer, you should show your integrity and resist all pressures to bend. Opportunistic alignment to any ideology which is against our constitutional values is a strict NO.

The question may appear to be right or left-biased, however, as a future officer that should never bother you. Your duty is to answer the same befitting an officer of impeccable integrity. Yes, ethics is not something that should be brought just in your ‘Ethics, Integrity, and Aptitude’ paper but it should be visible in all your answer sheets!

As you know, politicians are not permanent. They change sides with every election. However, bureaucrats are permanent executives who stay in power for the next 30-40 years.

India, in all practical purposes, is governed by bureaucrats like IAS, IPS, IFS etc.

Union Public Service Commission (UPSC), is highly reputed for its intention to select aspirants who are able and impartial. They never ever encourage politicisation of Indian Bureaucracy. The Commission may include ‘loaded questions’, but that’s a technique to filter out candidates who bend. Nobody wants India to be in the hands of persons with no individuality!

‘Loaded Questions’ are one of the new techniques used by UPSC recently. There are a lot of new changes in UPSC Prelims, Mains, and Interview with the kind of questions being asked.

Aspirants need to be alert to understand the changing trends. Regular reading of ClearIAS guidance and strategy articles can surely help. Also, check our emails.

It is quite OK to point a logical fallacy in a ‘loaded question’. In fact, we encourage that. Your answer will stand out.

Don’t listen to people who ask to write answers to please evaluators with an ‘ideology’. They are mistaken. They have no idea how this exam works. Don’t be misguided.

Be bold. Be a person of integrity.