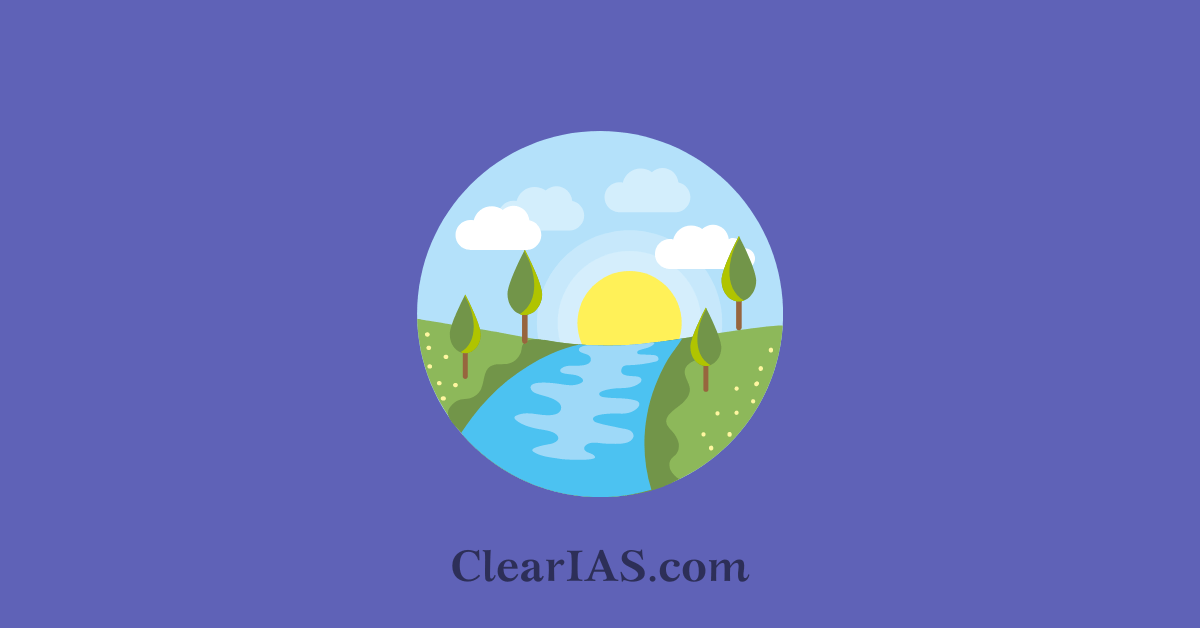 Recently, the MoEFCC released Detailed Project Reports (DPRs) on river rejuvenation. Read here to know the details of the project.

The Ministry of Environment, Forests and Climate Change has proposed the rejuvenation of 13 major rivers across the country, including the Himalayan, and Peninsular Rivers, as well as one inland river – Luni.

The rivers identified for forestry interventions include:

It will be funded by the National Afforestation and Eco-development Board under the Ministry and the DPRs have been prepared by the Indian Council of Forestry Research and Education, Dehradun (ICFRE).

Why there is a need for the Conservation and rejuvenation of rivers?

The rivers and their basins have been impacted by developmental activities like the expansion of the road network, construction of hydroelectric projects, or expansion of agriculture.

The most common problems which have been identified include:

All these issues have led to the poor health of the rivers which is reflected in both the quantity and quality of water.

The DPR on river rejuvenation is based on the work done in the National Mission for Clean Ganga (NMCG) in 2015-16. They are proposed under 4 significant components:

It focuses on acknowledging that the growing water crisis is on account of the degradation of river ecosystems.

The 13 rivers collectively cover a total basin area of 18,90,110 square kilometers that representing 57.45% of the geographical area of the country.

It proposes many kinds of afforestation for the rivers with timber species, medicinal plants, grasses, shrubs, fuel fodder, and fruit trees which are aimed at augmenting water, groundwater recharge, and erosion containment.

The DPRs are created for three major landscapes along the rivers- natural, agricultural and urban, including specific plans for each river.

Site-specific treatments in terms of soil and moisture conservation and plantations of grasses, herbs, forestry, and horticultural trees have been proposed for the treatment of prioritized sites in the riverscape supported by GIS techniques.

These works are expected to be executed through the State Forest Departments together with State Agriculture, Horticulture, Urban Municipal Bodies & Rural Development, etc.

Benefits of a river rejuvenation project

Works proposed under these DPRs include:

These efforts would help India meet its international climate commitments:

At the COP26 meeting, India promised to:

Under the Bonn Challenge 2015, India had also pledged to restore five million hectares of degraded land by 2030.

The freshwater resources are depleting fast adding to the growing water crisis. The shrinking and degradation of river ecosystems is the major issue to be tackled on a national level to attain goals related to the conservation of the environment, climate change, and sustainable development.

The major impediments to the success of the River rejuvenation DPR are changes in climate, risks of plantation method failure, wrongful implementation, and so on. The concerned departments should ensure that full prior knowledge is obtained before any implementation to mitigate any risks of failure.

Which of the following are the key features of ‘National Ganga River Basin Authority (NGRBA)’? (2016)