At United Nations Millennium Summit (Sep 2000), world leaders agreed to eight specific and measurable development goals—later came to be known as the Millennium Development Goals (MDGs). There were 8 MDGs, 18 targets and 48 indicators to measure the results. The target year was 2015.

Target 3. Ensure that, by 2015, children everywhere, boys and girls alike, will be able to complete a full course of primary schooling

Target 4. Eliminate gender disparity in primary and secondary education, preferably by 2005, and in all levels of education no later than 2015

Indicators
9. Ratio of girls to boys in primary, secondary and tertiary education (UNESCO)
10. Ratio of literate women to men, 15-24 years old (UNESCO)
11. Share of women in wage employment in the non-agricultural sector (ILO)
12. Proportion of seats held by women in national parliament (IPU

Target 6. Reduce by three-quarters, between 1990 and 2015, the maternal mortality ratio

Target 9. Integrate the principles of sustainable development into country policies and programs and reverse the loss of environmental resources

Target 14. Address the special needs of landlocked developing countries and small island developing states (through the Program of Action for the Sustainable Development of Small Island Developing States and 22nd General Assembly provisions)

Target 15. Deal comprehensively with the debt problems of developing countries through national and international measures in order to make debt sustainable in the long term

Some of the indicators listed below are monitored separately for the least developed countries, Africa, landlocked developing countries, and small island developing states

Target 16. In cooperation with developing countries, develop and implement strategies for decent and productive work for youth

Indicators
46. Proportion of population with access to affordable essential drugs on a sustainable basis (WHO)

Target 18. In cooperation with the private sector, make available the benefits of new technologies, especially information and communications technologies 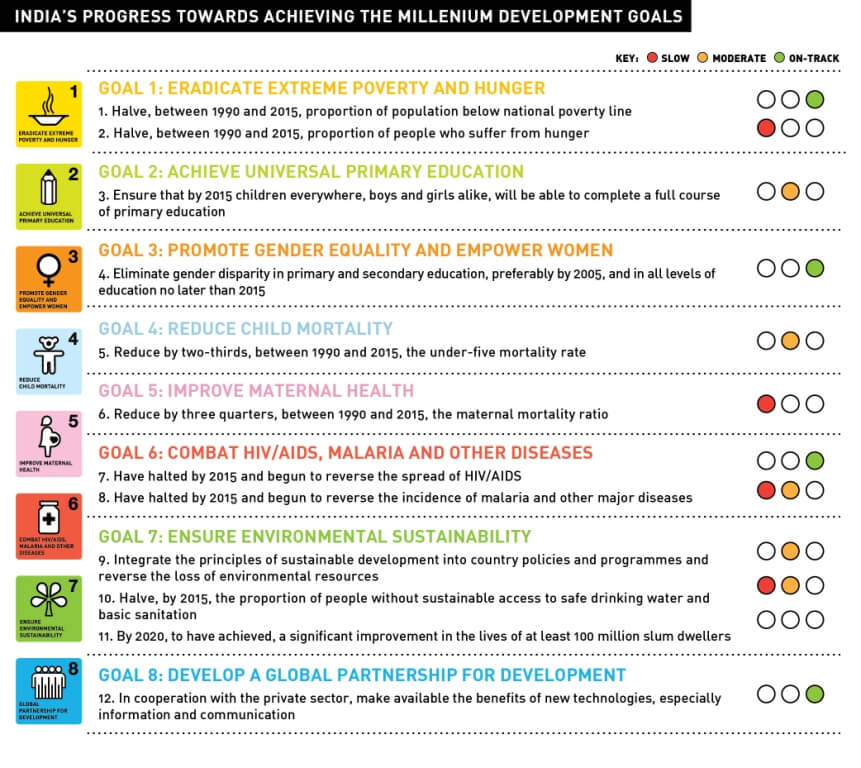