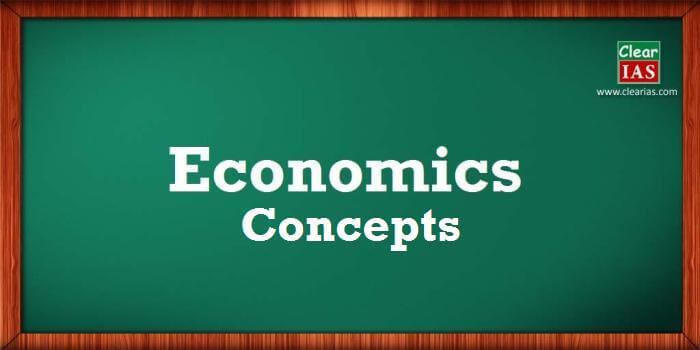 Economics is a tough nut to crack for many – GDP, GNP, NDP, NNP, Repo, Reverse Repo, SLR, CLR, CRAR – there are many concepts to be understood. But if the concepts are properly understood economics is fun.

ClearIAS.com is trying to provide an overview of the basic concepts of Economics in a simple language for easy understanding.

Economics is the study of how society allocates scarce resources (land, labour, capital, and entrepreneurship) to produce output (goods and services).

What is the main objective of any economy?

Production of goods and services.

3 Basic Economic Activities in an Economy

What are the factors of production?

Factors of production are those inputs used in the production process to produce the outputs (finished goods and services).

There are mainly four factors of production. They are (1) Land (2) Labour (3) Physical Capital and (4) Human Capital.

Why is production low in many economies?

Goods and services are scarce because the four factors of production (land, labour, capital, and entrepreneurship) are scarce.

Basic Concepts of the Indian Economy

The main areas covered in this article are – national income, monetary policy, fiscal policy, and balance of payments(BoP).

GDP: Gross Domestic Product (GDP) is the total money value of final goods and services produced in the economic territories of a country in a given year.

GDP stands for the total value of goods and services produced inside the territory of India irrespective of whom produced it – whether by Indians or foreigners.

To give an approximate idea, let’s assume the total value of goods and services produced in India to be around 100 lakh crore Indian rupees or around 2 trillion US dollars.

This is the value of Indian GDP when expressed at the current market price.

GNP: Gross National Product (GNP) is the total value of goods and services produced by the people of a country in a given year.

It is not territory specific.

If we consider the GNP of India, it can be seen that GNP is lesser than GDP. 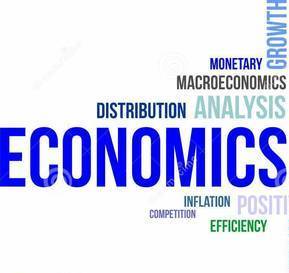 REPO means Re Purchase Option – the rate by which RBI gives loans to other banks. Bank re-purchases the securities deposited with RBI at the REPO rate.

Let’s assume that the current REPO rate is 4.5%. This means RBI gives loans to other banks at a 4.5% interest rate.

RBI at times borrows from banks at a rate lower than the REPO rate, and that rate is known as the Reverse REPO rate.

Let’s assume that the current Reverse REPO rate is 4%. This means banks give loans to RBI at a 4% interest rate.

Also see: REPO and CRR Rate Cuts – What Should You Understand?

MSF is the rate at which scheduled commercial banks could borrow money overnight from RBI against approved securities.

The borrowing limit of banks under the marginal standing facility is 2 per cent of their respective Net Demand and Time Liabilities (NDTL).

Let’s assume the current MSF Rate is 5.5%. This means commercials banks can borrow money from RBI overnight equal to 2% of their deposits at a 5.5% interest rate. You may note that MSF rate is usually higher than the REPO rate.

The bank rate is a higher rate, (usually 1% higher than the REPO rate) charged by RBI when it gives loans to commercial banks.

To get a figure, let’s assume the present bank rate is 5.5 %. This is higher than the REPO rate of 4.5%. However, you may wonder how Bank Rate is different from MSF.

The Bank rate is different from MSF in the nature that the Bank rate is long term. It applies to all commercial banks and there is no limitation like 2 per cent of their respective Net Demand and Time Liabilities (NDTL).

It corresponds to the percentage of liquid reserves each bank have to keep as cash reserve with RBI (in their current accounts) corresponding to the deposits they have.

Banks will not get any interest for these deposits.

To get a mental picture, let’s assume the present CRR is 3%.

SLR (Statutory Liquidity Ratio) corresponds to the percentage of liquid reserves each bank have to keep as cash reserve with themselves corresponding to the deposits they have.

Banks have to mandatory keep reserves corresponding to SLR locked with themselves in the form of gold or government securities.

The main difference between CRR and SLR is that banks need to keep CRR with RBI, but SLR with themselves, but locked.

Capital to Risk-Weighted Assets Ratio is arrived at by dividing the capital of the bank by aggregated risk-weighted assets.

The higher the CRAR of a bank the better capitalized it is.

Fiscal Deficit (FD):  The fiscal deficit is the difference between the government’s total expenditure and its total receipts (excluding borrowing). In layman’s terms, FD corresponds to borrowings and other liabilities.

A deficit in the capital account means money is flowing out of the country, but it also suggests the nation is increasing its claims on foreign assets. In other words at times of Capital Account Deficit, foreign investment in domestic assets is less and investment by the domestic economy in foreign assets is more. If you need to know more about BoP, refer to our notes on Balance of Payments.