ClearIAS » Economics Notes » Effects of Liberalization on the Indian Economy 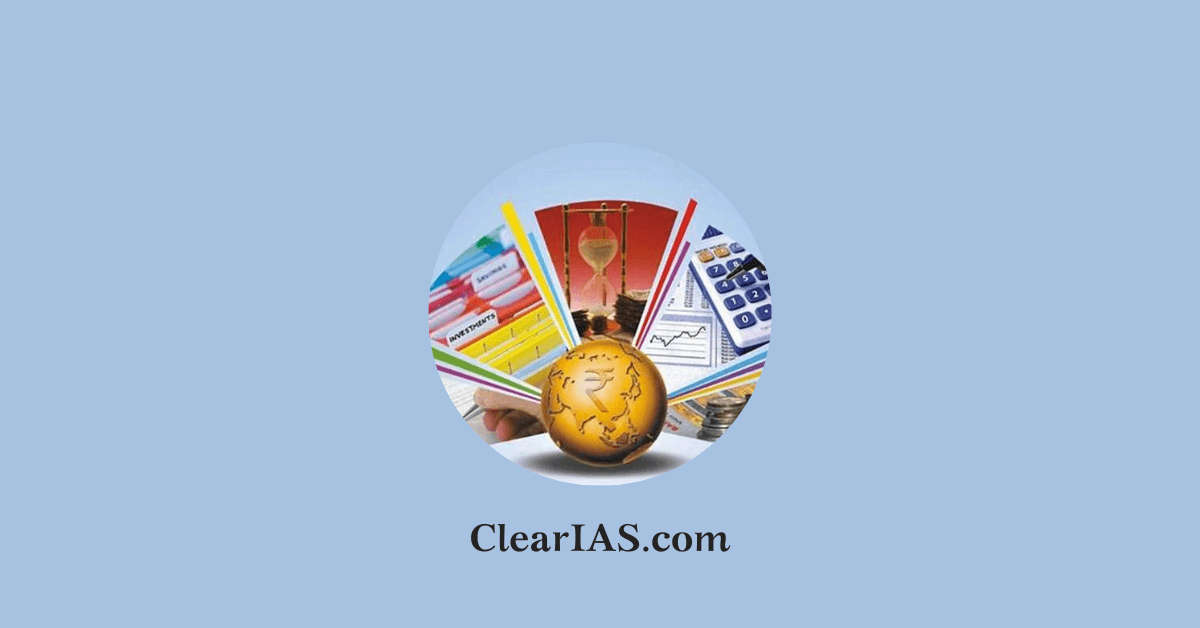 Any process of a state removing limitations on some private individual activity is known as liberalization. Liberalization has taken place when formerly prohibited items are no longer prohibited or when government regulations are loosened.

It removes governmental involvement and increases the autonomy of commercial firms. It refers to a government loosening previously enacted limits on economic or social policies. Deregulation of the industrial sector, banking sector changes, tax reforms, and reforms to the foreign exchange market all contributed to India’s liberalization.

Then what is Economic liberalization? What are its objectives?

Economic liberalization is the process of reducing or removing governmental controls over commerce and business. Those who support economic liberalism, commonly known as proponents of free markets and free trade, are typically those who advance it. Taxes, social security contributions, and unemployment compensation are frequently decreased as a result of economic liberalization.

When did economic reforms begin in India?

India began a sequence of economic reforms on July 23, 1991, in response to a fiscal and balance-of-payments (BoP) crisis. The historic reforms would fundamentally alter the character and structure of the economy in the years to come.

What were the measures taken by the Indian government to start economic reforms?

Let us discuss what the objectives of liberalization are.

The policies of liberalization which helps in the growth of the economy are:

The economic repercussions of liberalization on both the country and investors might be significant. 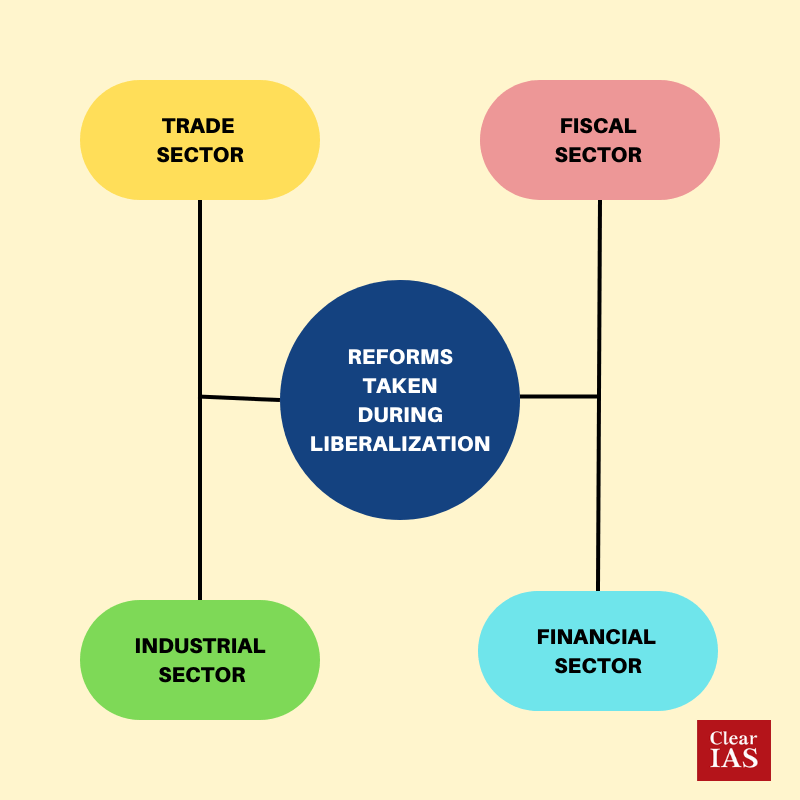 Economic liberalization means that a nation “opens up” to the rest of the world in terms of commerce, rules, taxes, and other areas that generally have an impact on domestic business.

It has many impacts on the Indian economy. Let us discuss them.

Impacts of liberalization on the Indian economy

Impact on the rate of GDP growth

India’s 6.6% annual average growth rate from 1990 to 2010 is almost twice as high as it was before the country’s economic reforms.

Taking Down Obstacles to International Investment

When a country has many barriers to entry, investing in emerging market nations can occasionally seem unattainable. These obstacles can include tax policies, prohibitions on foreign investment, legal concerns, and accounting requirements, all of which make entry into the nation difficult or impossible.

These restrictions are loosened as part of the economic liberalization process, and some private sector influence over the economy’s direction is given up. Frequently, deregulation and the privatization of businesses are involved.

Due to unfettered access to Indian markets, indigenous products are no longer competitive. Of course, they had more access to technology and scale economies.

The main objectives of economic liberalization are the effective distribution of resources and competitive advantages, as well as the free flow of capital between states. Usually, this is accomplished by lowering protectionist measures like tariffs, trade regulations, and other trade barriers.

It becomes less expensive for businesses to access capital from investors due to the increased capital flow into the nation. Higher growth rates are the result of corporations being able to invest in profitable ventures that they might not have been able to before liberalization due to a higher cost of capital.

After independence, the government made an effort to revitalize the small-scale industry by reserving goods solely for its manufacture. The list of restricted commodities was significantly reduced as a result of liberalization, and many new industries were made accessible to large corporations.

However, there is still a small-scale sector that supports the Indian economy. It significantly impacts exports and private-sector employment. The results are conflicting, although many once small-scale industries have grown and improved. Although they only exist because of government backing, overall value addition, product innovation, and technology adoption continue to be poor.

Agriculture now only accounts for 15% of the national economy. However, the percentage of people who depend on agriculture is still about 55%. Although there has been a significant change in crop patterns, the effects of liberalization cannot be accurately quantified. We learned through the agricultural television programs that there are still a lot of pervasive government regulations and interventions, from the point of production to the point of distribution.

Result for the Services Sector

Additionally, India has benefited in the banking sector. There have been three rounds of licence grants for private banks since the reforms. Private banks like ICICI, HDFC, and Yes Bank, as well as foreign institutions, increased the bar for the Indian banking sector. The banking sector is now more competitive, and public sector banks are more customer-focused. Similarly, the insurance sector currently provides a wide range of products, including Unit Linked Insurance Plans and Travel Insurance.

Sectors of Education and Health

Advantages of liberalization in India

Economic liberalization started in 1991 in India by reviving economic policies, with the goal of creating an economy more market-oriented and increasing the role of private and foreign investment.

Self-reliance and a lack of R&D spending served as roadblocks to technological advancement, which resulted in the manufacture of items of lower quality. In Indian society, there is still a strong assumption that imported items are preferable to domestic ones. It is widely accepted that, before assessing the success of the ongoing industrial policy, consideration must be given to the state of the country following two centuries of exploitation and a horrific separation.

Many factors like lack of tactical skills, low literacy levels, unskilled labor, and absence of technology were significant aspects of the Indian economy before independence. It is stated that industrial strategies, policies, and their restoration are essential for a nation’s economy to thrive.