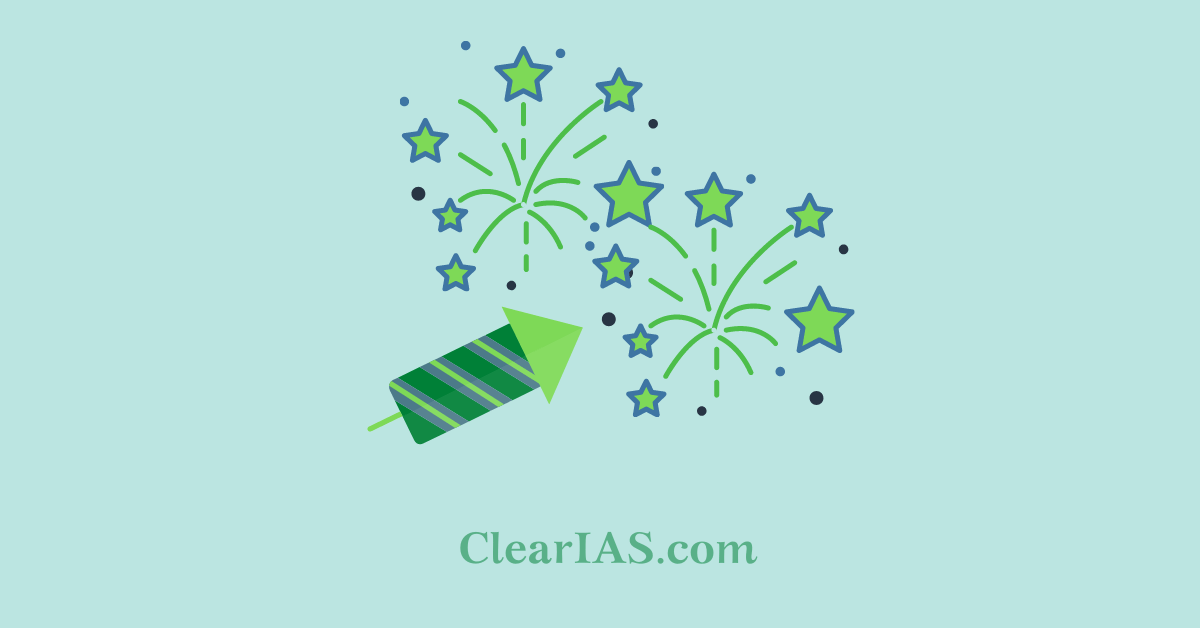 The Supreme Court on September 29, 2021, held that six major fireworks manufacturers had violated orders requiring them not to use prohibited chemicals such as Barium salts and to label the firecrackers in compliance with the law.

In a warning to the manufacturers, the court felt that it had to take a balanced view of the production and use of firecrackers, because so much of it was being burst, and people could not be allowed to suffer and die from pollution.

Hearing a plea by the manufacturers’ association of firecrackers, the Supreme Court said that it cannot infringe the right to life of other citizens “under the guise of employment of few”.

What are Green crackers?

Green Crackers are developed by the Council for Scientific and Industrial Research – National Environmental Engineering Research Institute (CSIR-NEERI), green crackers emit pollutants at a 30% lesser rate than their conventional counterparts. It’s an environmentally friendly solution to India’s air pollution problems and a step towards efforts to combat climate change as well.

The approval for these crackers is given by Petroleum and Explosives Safety Organisation (PESO), Department for Promotion of Industry and Internal Trade (DPIIT), Ministry of Commerce and Industries.

The raw materials used in these crackers are less polluting– their chemical formulation ensures that the particle emission into the atmosphere is reduced by suppressing the dust.

(1) Video Classes The easiest way to cover the entire UPSC Prelims and Mains syllabus in the shortest time.(2) Intelligent Elimination Techniques (IETs): 40 IETs to solve questions using logic and common sense.Prelims Test Series: The best Mock Exams you ever get for practice for UPSC Prelims.

These crackers release water vapour or air as a dust suppressant and for diluting the gaseous emissions.

There are three types of green crackers available in India-

Regulators: For burst speed and intensity

Binders: Medium to hold together all the components

The increasing air pollution in urban areas needs the smallest of steps to be combated with. The use of eco-friendly solutions is the need of the hour and will eventually contribute to greater effect. These small yet significant will add to the global efforts to mitigate climate change as well.