In this article, we shall try to understand the key points of the Union Budget 2019.

Total Receipts (without considering borrowing) is only Rs.20,80,201 crores

The total revenue expected in the financial year 2019-20 (without considering borrowing) is only Rs. 20.80 lakh crores. As you can see the expenditure (Rs.27.84 lakh crores) is way higher than the receipts (Rs.20.80 lakh crores).

To balance the expenditure and receipts side of the budget, the government needs to borrow money.

The borrowings and other liabilities are Rs. 7,03,999 crores The Indian government needs to borrow Rs. 7 lakh crore in the financial year 2019-20 to meet its expenditure. Borrowings and other liabilities are known as Fiscal Deficit.

Ideally, Fiscal Deficit should be kept below 3% of GDP.

The Indian government had already taken many loans – mainly from the public. The interest payments for the same is above Rs.6.6 lakh crore. You may note that this is just for interest payments and not for principal repayments.

The value of primary deficit denotes the borrowing which is not used for interest payments. Out of the borrowed money, only 0.2% of GDP is, in reality, available for productive purposes.

The government also try to meet its expenditure by selling the shares of public limited companies. For 2019, the government hopes to get at least Rs.80,000 crore, though the target mentioned in the budget document is Rs.90,000. In 2017, the government had obtained about Rs.1,00,000 crore via disinvestment route. 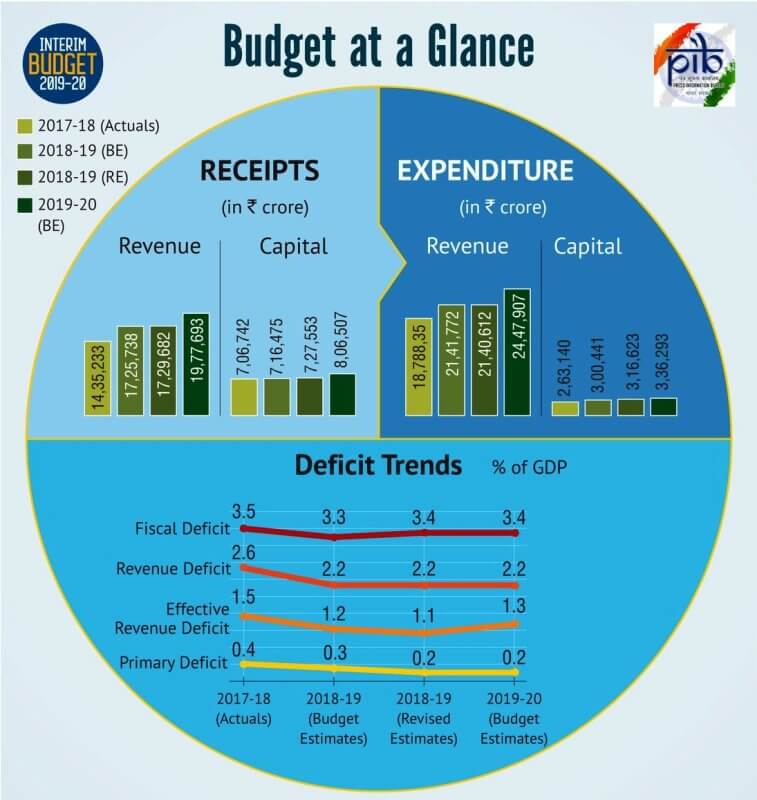 The Finance minister estimates a tax revenue of Rs.17 lakh crore for the financial year 2019-20. This is much higher expectations than the current year revised estimates of Rs.14.84 lakh crores.

Apart from the tax revenue of Rs.17 lakh crore, the government also expect to get Rs.2.7 lakh crore as non-tax revenue. 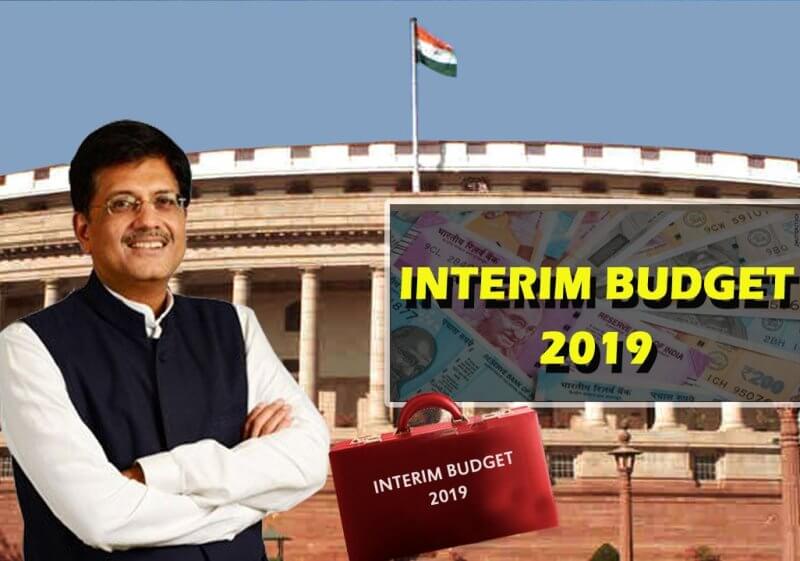