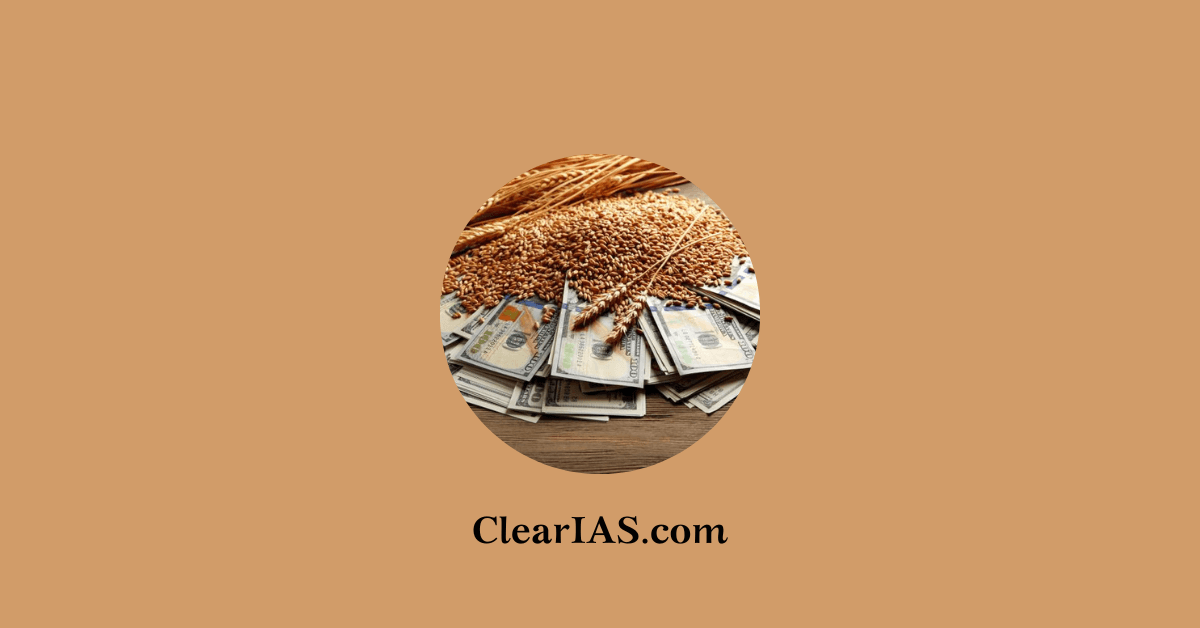 What are farm subsidies?

The government’s proactive measure to help farmers in the agricultural industry produce more and receive the necessary compensation is called farm subsidies. It influences the pricing and supply of agricultural goods and aids in managing their supply.

Let’s first examine the need for such subsidies before examining what direct and indirect subsidies are and the problems they raise.

The main agricultural subsidies in India are for food, fertiliser, irrigation, power, and loans. While the Center pays for food and fertiliser subsidies, the corresponding state government is responsible for electricity and irrigation subsidies.

Credit stipends are distributed via the banking system.

The price at which the Food Corporation of India (FCI) purchases from farmers and sells through the Public Distribution System is what is referred to as a food subsidy (PDS).

Different types of farm subsidies include:

These are covert subsidies, not payments in the traditional sense. In this situation, the input prices of the products are controlled, for instance, by low electricity costs.

Prices on the domestic market are kept higher than they would have been as a result of the restrictive trade rules.

Direct farm subsidies are those that are paid in the form of a direct cash subsidy and are given to farmers directly. In direct subsidies, the beneficiary pays the same price for the product but receives a separate payment for the purchase.

The PM Kisan Scheme, PAHAL in LPG, and agricultural loan waivers are a few examples of direct farm subsidies.

Direct farm subsidies have some benefits.

It is indirect as there are no direct transfers or payments involved. They can be in the form of lower prices, welfare mechanisms, more affordable credit, insurance options, waivers of agricultural loan payments, etc. These payments are mostly made to farmers in conjunction with the use of inputs, and as a result, they are closely tied to the volume of those payments.

Measures and suggestions to tackle the issues

MSP is the minimum price that the government pays for the farmers’ produce at the time of procurement. It is aimed at saving the crops from price fluctuations in the market.

The MSP fixed by the government is considered as being remunerative for farmers.

However, MSPs do not have legal backing.

MSPs were first introduced in 1966-67 when the country adopted Green Revolution technologies. To boost domestic production and encourage farmers to plant high-yielding varieties, the government resorted to MSP. A minimum support price was guaranteed to them.

The fact that the agriculture industry, which accounts for greater than 40% of employment, only contributes 16–17% of GDP highlights the difficulties and issues that farmers must deal with. The government’s goal of doubling farmer income by 2022 is therefore achieved with the aid of farm subsidies, which also aid India in achieving double-digit growth by assuring food security.