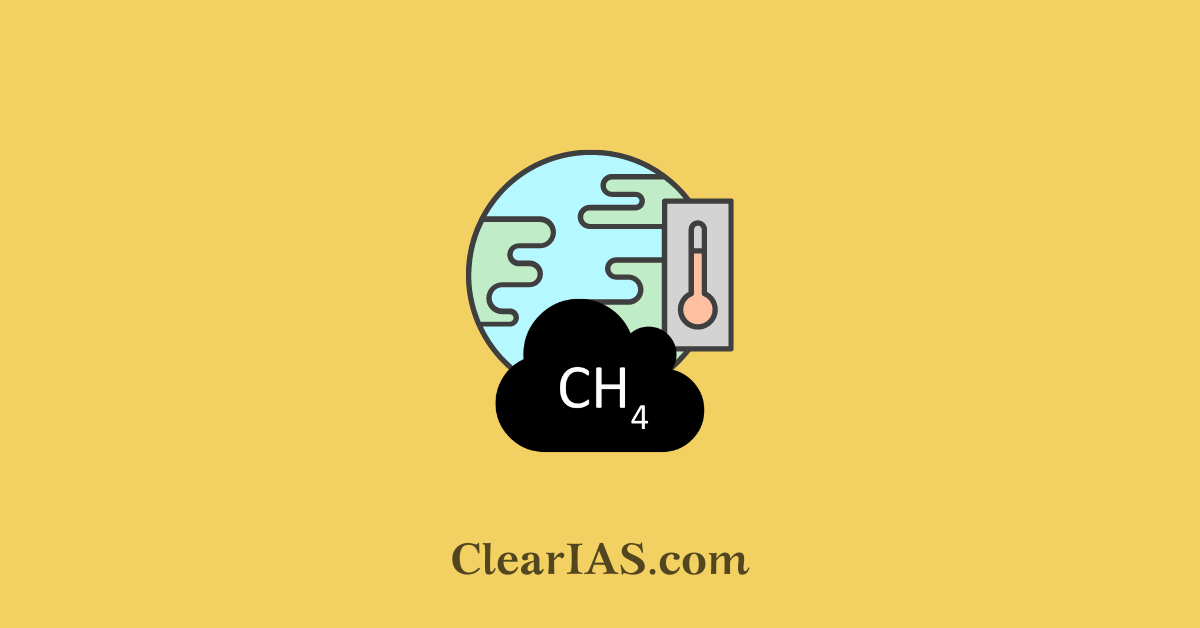 According to an analysis by the Climate and Clean Air Coalition and the United Nations Environment Programme (UNEP), reducing methane emissions from agriculture will be crucial in the fight against climate change. But how is that possible for the world? Read here to understand.

Methane (CH4) accounts for 15–35% of the rise in greenhouse gas emissions that are caused by human activity.

Over the past ten years, the atmospheric methane growth rate (MGR) has increased significantly, most likely due to rising fossil fuel and microbial source emissions.

What are methane emissions? 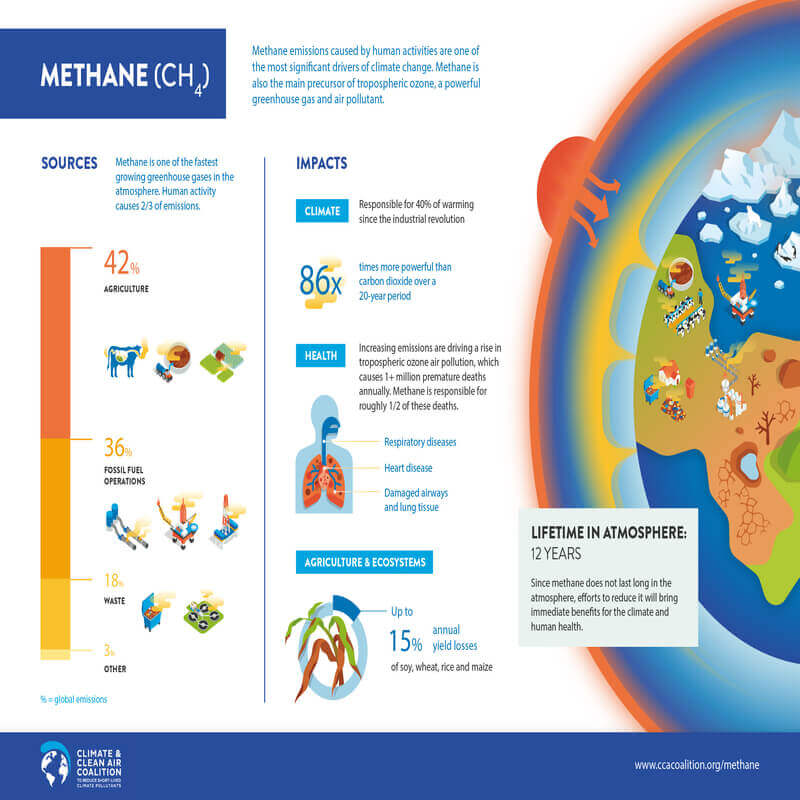 An invisible gas called methane has the potential to severely worsen the climate problem. It is a hydrocarbon that makes up a sizable portion of natural gas, which is utilized as fuel for stoves, homes, and industrial power plants.

Methane can form a thicker blanket than carbon dioxide, one that can warm the globe more quickly and to a greater extent.

It immediately contributes to global warming. Methane, in contrast to carbon dioxide, which stays in the atmosphere for hundreds of years, causes heat for only ten years.

Methane pollution, a major contributor to ground-level ozone and released with hazardous substances like benzene, has been connected to heart disease, birth defects, asthma, and other conditions.

Methane has biological origins because methanogens, or bacteria that produce methane, make it from certain chemical components.

Agriculture is the predominant source of methane emissions.

Agricultural methane doesn’t only come from animals, though. Paddy rice cultivation – in which flooded fields prevent oxygen from penetrating the soil, creating ideal conditions for methane-emitting bacteria – accounts for another 8 percent of human-linked emissions.

Why are methane emissions a cause of worry?

Methane is the primary contributor to the formation of ground-level ozone, a hazardous air pollutant, and greenhouse gas, exposure to which causes 1 million premature deaths every year.

Methane is also a powerful greenhouse gas. Over 20 years, it is 80 times more potent at warming than carbon dioxide.

Methane has accounted for roughly 30 percent of global warming since pre-industrial times and is proliferating faster than at any other time since record-keeping began in the 1980s.

In fact, according to data from the United States National Oceanic and Atmospheric Administration (NOAA), even as carbon dioxide emissions decelerated during the pandemic-related lockdowns of 2020, atmospheric methane shot up.

How can methane be reduced?

Leveraging new technology, shifting towards plant-rich diets, and embracing alternative sources of protein are basic steps to take in order to rethink our approaches to agricultural cultivation and livestock production.

This will be key if humanity is to slash greenhouse gas emissions and limit global warming to 1.5°C, a target of the Paris climate change agreement.

It takes only about a decade for methane to break down. So, reducing methane emissions now would have an impact in the near term and is critical for helping keep the world on a path to 1.5°C.