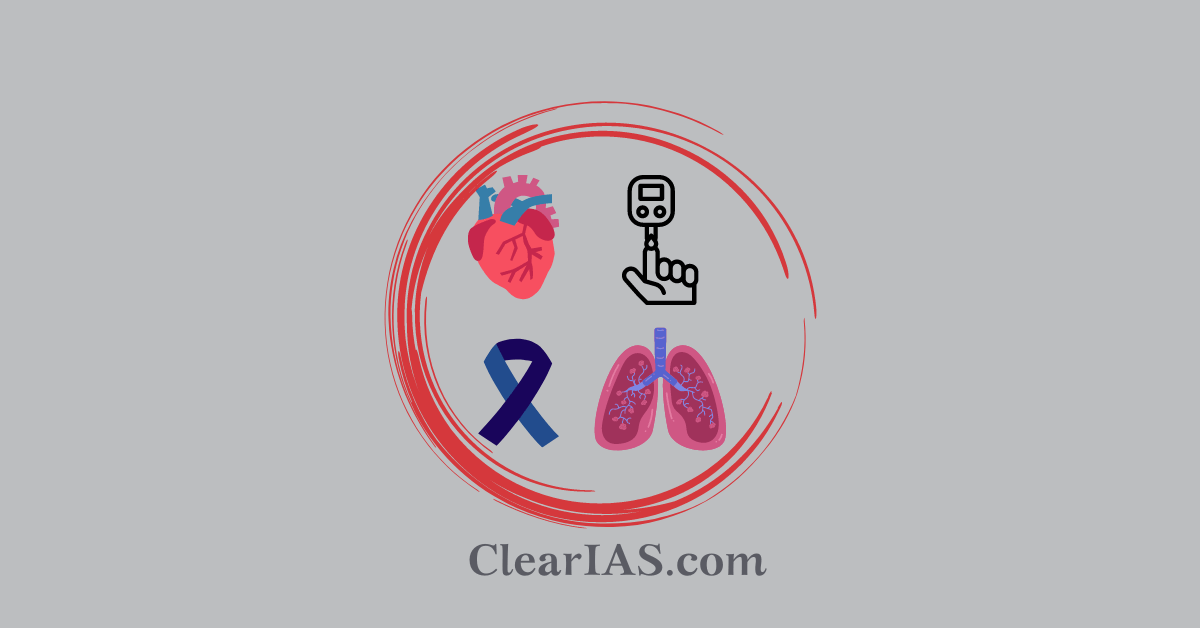 Non-communicable diseases (NCDs) cause nearly three-quarters of deaths in the world.

Their drivers are social, environmental, commercial, and genetic, and their presence is global.

Every year 17 million people under the age of 70 die of NCDs, and 86% of them live in low- and middle-income countries (LMICs).

Recently, the World Health Organisation (WHO) released its report “Invisible Numbers – The True Extent of Non-communicable Diseases and What to Do About Them”.

Statistics about the major diseases in the report:

Diabetes: One in 28 deaths, that is roughly 2.0 million people a year, is due to diabetes. More than 95% of diabetes cases globally are of type 2 diabetes.

Cancer: It causes one in six deaths (9.3 million people a year), a further 44% of cancer deaths could have been prevented or delayed by eliminating health risks.

Respiratory Disease: It indicated that 70% of deaths due to chronic respiratory diseases could have been prevented or delayed by eliminating health risks.

Covid-19 highlighted the links between NCDs and infectious diseases, with serious impacts on NCD care. In the early months of the pandemic, 75% of countries reported disruption to essential NCD services.

According to WHO, only a handful of countries were on track to meet the Sustainable Development Goal target to reduce early deaths from NCDs by a third by 2030.

Diseases are frequently referred to as communicable or non-communicable.

There are four major NCDs:

Only 6% of countries are on track to achieve the related SDG target 3.4.

Non-Communicable Diseases hinder social and economic development and can pose significant threats to international health security, as is illustrated by the increased case fatality and health systems disruptions during the COVID-19 pandemic.

WHO reports that over 60.46 lakh persons in India passed away in 2019 as a result of NCDs.

Initiatives by the government:

Global leadership, increased technical assistance, research and innovation, strengthening primary health care and the inclusion of NCDs into Universal Health Coverage will be crucial to reach the SDG target and achieving the 9 global voluntary NCD targets by 2025.

In 2019, the World Health Assembly extended the WHO Global action plan for the prevention and control of NCDs from 2013–2020 to 2030 and called for the development of an Implementation Roadmap from 2023 to 2030 to accelerate progress on preventing and controlling Non-Communicable diseases.