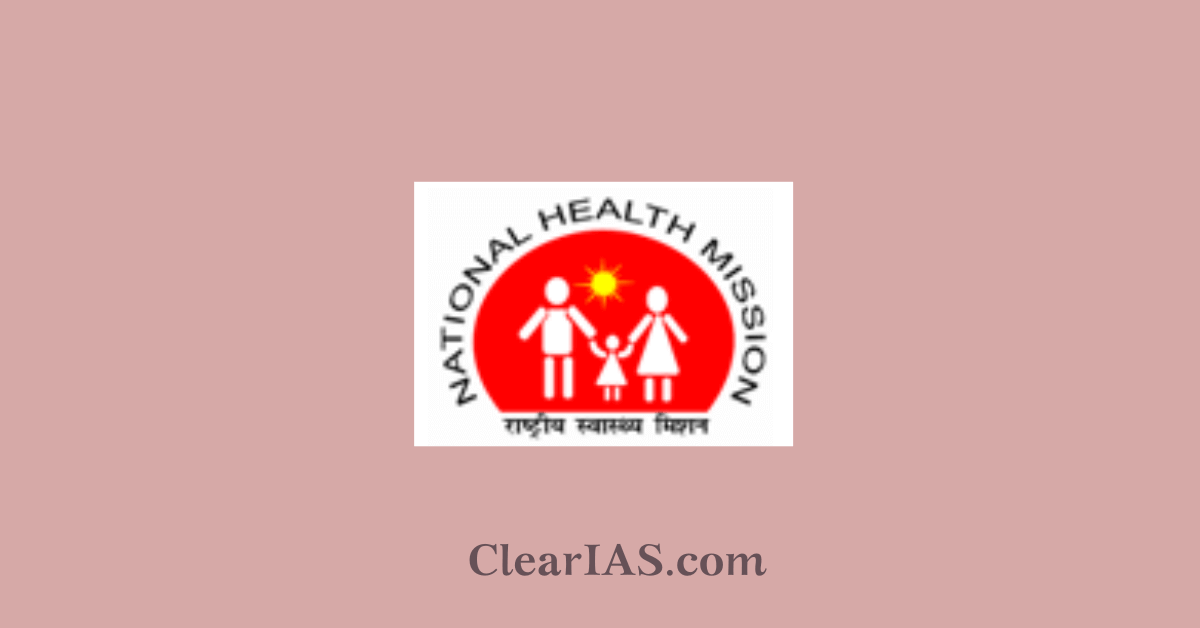 To ensure that health services are properly distributed to the underprivileged, the Ministry of Health and Family Welfare established the National Health Mission in 2013. The NHM has had a great impact on the health services in the country since its implementation. Read here to know in detail about the mission.

The main programmatic components include:

The NHM envisages the achievement of universal access to equitable, affordable & quality healthcare services that are accountable and responsive to people’s needs.

The goals for NHM have been set specific for states-

The aim is to achieve the following indicators:

The National Rural Health Mission (NRHM) was launched in 2005.

Under the NRHM, the Empowered Action Group (EAG) States, as well as the North Eastern States, Jammu, Kashmir, and Himachal Pradesh, have been given special focus.

The thrust of the mission is on establishing a fully functional, community-owned, decentralized health delivery system with inter-sectoral convergence at all levels, to ensure simultaneous action on a wide range of determinants of health such as water, sanitation, education, nutrition, and social and gender equality.

Institutional integration within the fragmented health sector was expected to provide a focus on outcomes, measured against Indian Public Health Standards for all health facilities.

The key features of the mission:

NUHM envisages meeting the healthcare needs of the urban population with a focus on the urban poor, by making available to them essential primary healthcare services and reducing their out-of-pocket expenses for treatment.

This will be achieved by strengthening the:

The goals of the NUHM are:

NUHM would cover all State capitals, district headquarters, and cities/towns with a population of more than 50000.

The Programme Implementation Plans (PIPs) sent the by the states are apprised and approved by the Ministry.

Other initiatives under NHM

As part of Ayushman Bharat, the States are supporting the establishment of 1.5 lakh Health and Wellness Centres across the country by December 2022 for the provision of comprehensive primary care that includes preventive healthcare and health promotion at the community level with a continuum of care approach.

In the years of implementation, the NHM has enabled the achievement of the Millennium Development Goals (MDGs) for health.

It has also led to significant improvements in maternal, new-born, and child health indicators, particularly for maternal mortality ratio, and infant and under-five mortality rates, wherein the rates of decline in India are much higher than the global averages and these declines have accelerated during the period of implementation of NHM.

NHM-supported health system reforms have resulted in the development of resilient health systems, albeit at different stages of maturity.

It has enabled the successful scaling up of existing interventions and the addition of newer reforms given the rapid transitions from rural to urban, gradual demographic transition to aging populations, increasing burden of chronic diseases, and the emergence of newer infectious diseases.