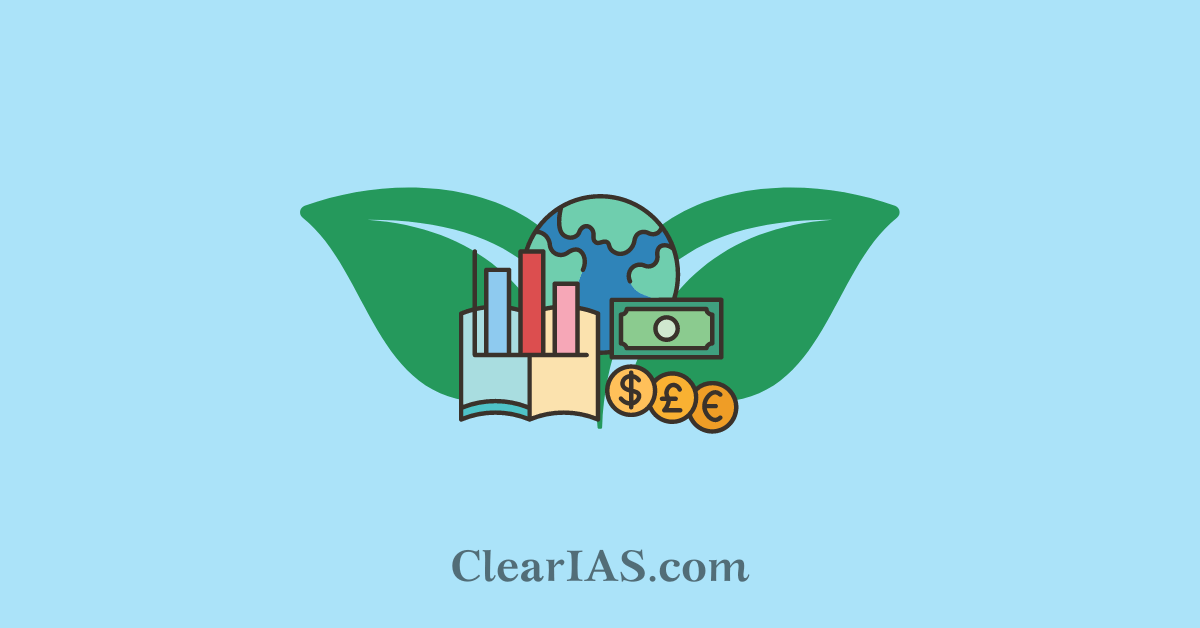 Bioeconomy is being pitched as the key to India’s future economy over the next 25 years. Read here to know more about it.

With further growth, India would save its import costs, thereby, directly impacting the Forex reserves and Import-Export imbalance in the favor of achieving the $10 Trillion overall economy target by 2030.

A bioeconomy is defined as “an economy where the basic building blocks for materials, chemicals, and energy are derived from renewable biological resources.”

UN FAO defines the Bioeconomy as “knowledge-based production and the use of biological resources, processes and methods to provide goods and services in a sustainable manner in all economic sectors”.

The term bioeconomy became popular in the first decade of the 21st century.

Why do we need a Bioeconomy?

Human activity has modified the global climate over the last century leading to an increase in greenhouse gas emissions. This has in turn led to an increase in the earth’s average temperature and climate change.

The climate change impact on food security, human health, migratory flows, biodiversity loss, and rising sea levels, among other aspects, will lead to a decline in productivity and wealth creation, especially in less-developed countries.

In this context, the bioeconomy will play a key role in the fight against climate change.

Bioeconomy has enormous potential for:

Bioeconomy is aligned with the SDGs in the 2030 agenda adopted by United Nations:

The principles of circular economy are- reuse, repair, and recycle- these are also fundamentals of bioeconomy.

The bioeconomy thrives to derive both sustainable development and circularity in tandem.

Bioeconomic advancement requires a strategic action plan starting from the grass root level of governance along with multilateral efforts:

The biotechnology sector has the potential to have a cascading multiplier effect on the overall economic growth of the country. This sunrise sector enables technology-led solutions for Healthcare, Industrial manufacturing, Agriculture, Environment, and Clean Energy.

The biotech sector particularly for vaccines, diagnostics, and therapeutics has shown to the world that India can fight global challenges like the COVID pandemic from the forefront and contribute with first-in-class and best-in-class solutions not only for itself but for the world.

From large manufacturers to young start-ups, the innovation ecosystem in the country has come together and today, India is self-sufficient in most of the products required to manage the pandemic and we need to keep this momentum.