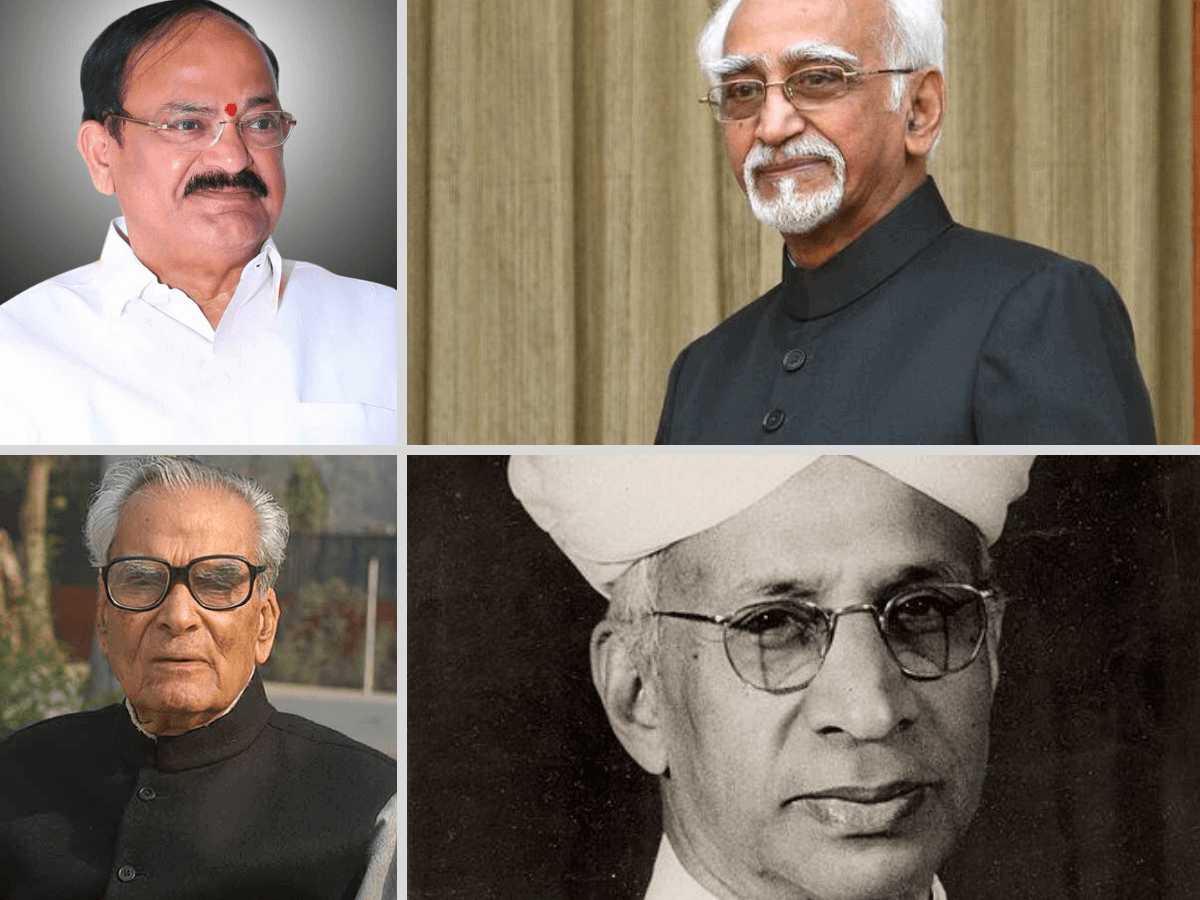 Names of Vice Presidents of India – in the chronological order.

The Vice-President of India is the second-highest constitutional office in the country.

VP of India serves for a five-year term but can continue to be in the office, irrespective of the expiry of the term, until the successor assumes office.