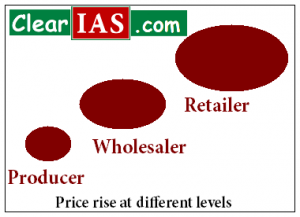 Inflation is defined as a situation where there is sustained, unchecked increase in the general price level and a fall in the purchasing power of money. Thus, inflation is a condition of price rise. The reason for price rise can be classified under two main heads : (1) Increase in demand (2) Reduced supply. Inflation […] 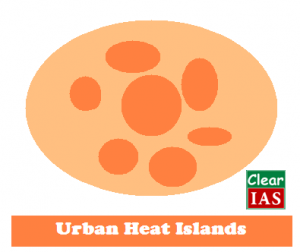 Urban Heat Islands (UHI) are significantly warmer urban areas than its surrounding rural areas due to human activities. Urban Heat Island is a major problem associated with rapid urbanisation. The temperature increase is attributed to deforestation and the construction materials adopted for city building. Usually, under the urban heat island phenomenon, the central regions of urban […]

Let’s have a quick look at the public service values. Of-course many values like Impartiality, Transparency, Courage of conviction, Probity, Accountability, Empathy towards weaker sections etc. are expected from a public servant, but let’s focus more on a few which UPSC had asked in Mains 2013. Integrity : The quality of being honest and having strong moral […]

Crisis of Conscience and Voice of Conscience are two terms related with Ethical Decision Making. We are discussing this topic as UPSC Mains 2013 had a direct question related to this under GS4 (Ethics, Integrity and Aptitude) Paper. Qn : [A] What do you understand by the term ‘voice of conscience’? How do you prepare […]

Tax Expenditure corresponds to relaxations given when tax burden becomes difficult for the sustainability of a particular sector. Tax exemptions or incentives are given in the form of lower rates of tax relative to normal rates. Tax expenditures are revenue losses attributable to tax provisions that often result from the use of the tax system […]