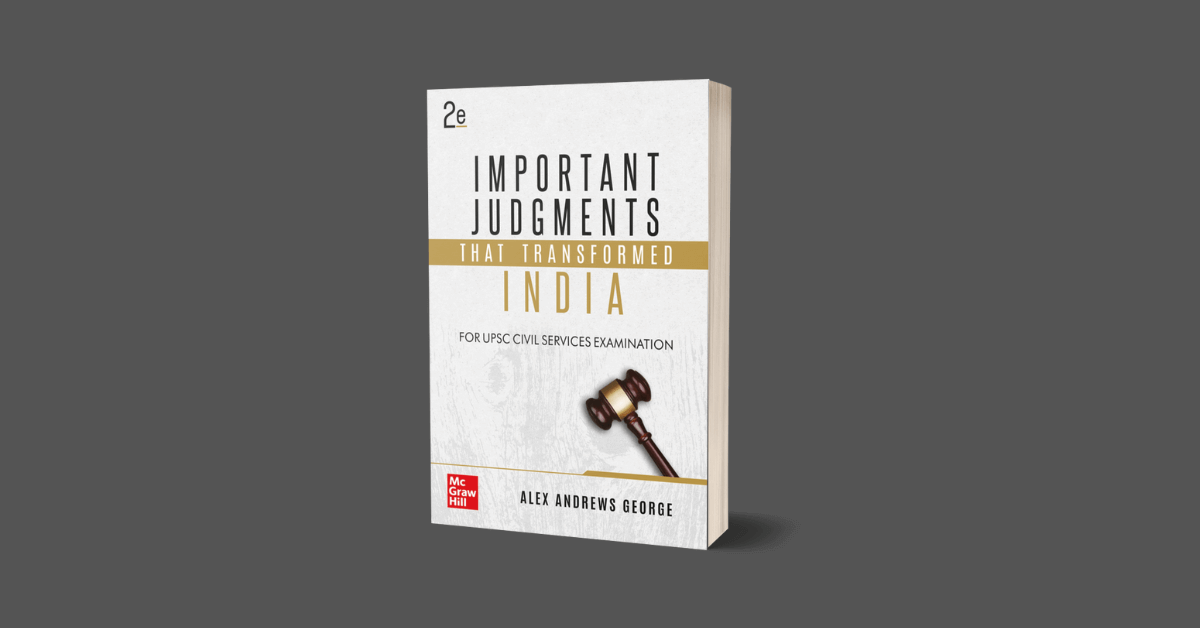 The way democracy now functions in India owes a lot to many Supreme Court judgments.

It is quite interesting to learn how the Supreme Court judgments protected the essence of the Indian Constitution, strengthened democracy, and transformed the lives of ordinary citizens of India.

The book “Important Judgments that transformed India” presents an easy understanding of the landmark court cases that everyone needs to know about.

This book includes a lot of additional judgments. The summary of 100+ landmark Supreme Court judgments is given in table format for quick learning and revision.

Some of the other cases included in this book include:

Famous Cases that made news headlines

The book also covers the summary of many famous cases that were constantly in news. Some of these include:

In exams, reverse thinking is also tested. That means with respect to a particular topic, you may need to mention all related case laws.

The Important Judgments that transformed India (IJTTI) book includes special tables which compile such case laws. This will be extremely useful in UPSC/Law exams.

Salient Features of the Important Judgments that Transformed India 2 Edition

Special Attractions of the 2nd Edition of IJTTI