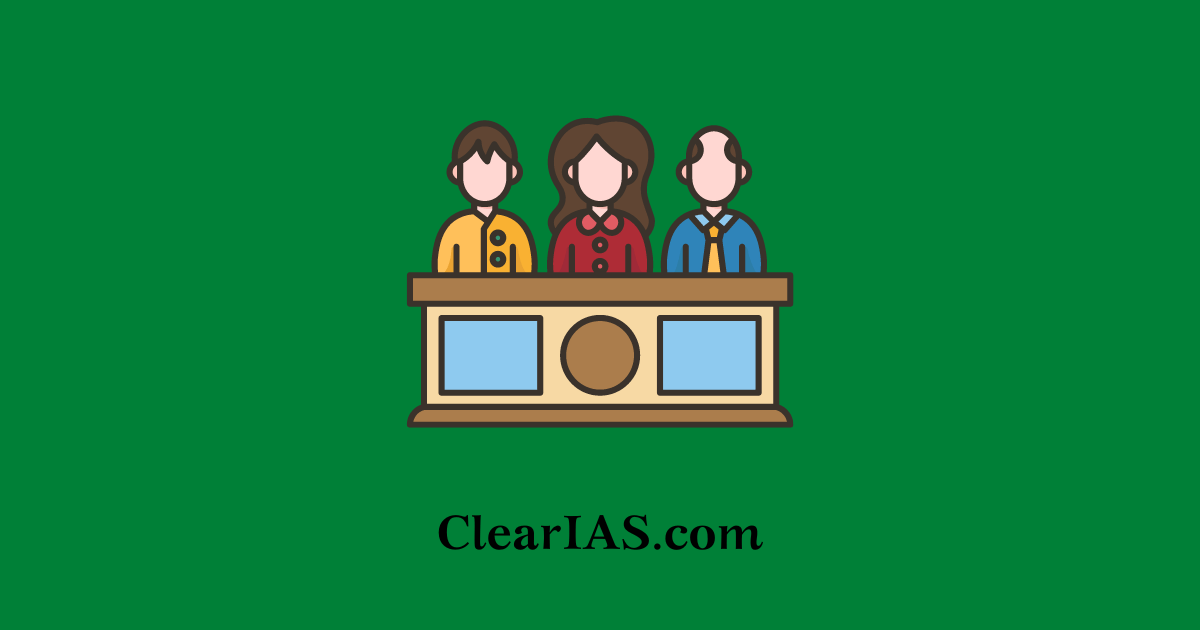 A Cabinet committee is a collection of ministers that has the authority to make decisions that are binding on all other ministries and departments.

The prime minister can create groups of three to eight ministers to thoroughly investigate policy issues to lighten the burden of the cabinet. These organizations are referred to as “cabinet committees”.

At present there are 8 Cabinet Committees:

The President shall set rules for the more convenient transaction of the Gol’s business and the distribution among them.

According to Ashok Kumar Jain vs. PIO (Ministry of Power), which addresses decision confidentiality, the decisions of the Cabinet Committee on Economic Affairs fall under Section 8 (1) (1).

Cabinet Committees serve as an organizing tool to ease the Cabinet’s heavy burden.

They are founded on the ideas of efficient delegation and labor division.

They make judgments as well as handle problems and formulate ideas for the Cabinet’s consideration. Of course, the Cabinet has the right to evaluate these choices.

Features of the Cabinet Committees:

The Commission noted that because there are so many Groups of Ministers, many of them are unable to meet regularly to finish their job, which causes considerable delays on many important matters.

The Commission believed that using the institution of a Group of Ministers more sparingly would result in more effective coordination, especially if they are given the authority to make decisions on behalf of the Cabinet with deadlines set for completing the work assigned to them.

The Commission suggested that steps be taken to ensure that the Group of Ministers’ current coordination mechanism operates well and aids in problem resolution as soon as possible. judicious but efficient usage of a Group of Ministers with a specific mandate and time limit.

The PM’s responsibility is to only chair important committees. The functions of the Group of Ministries and the Cabinet Committee should be equally distributed. There should be a balance between the group of ministers and the cabinet committees. Any of these in excess hinder effective government.

India should adopt the procedures used by the Cabinet Committees of New Zealand and Britain to protect the secret of the government’s future final policy and prevent market speculation. For instance, there was market speculation before the announcement of the PLI incentive sector.

Cabinet and Cabinet Committees should have a relationship based on the saying “Swim or Sink Together.”