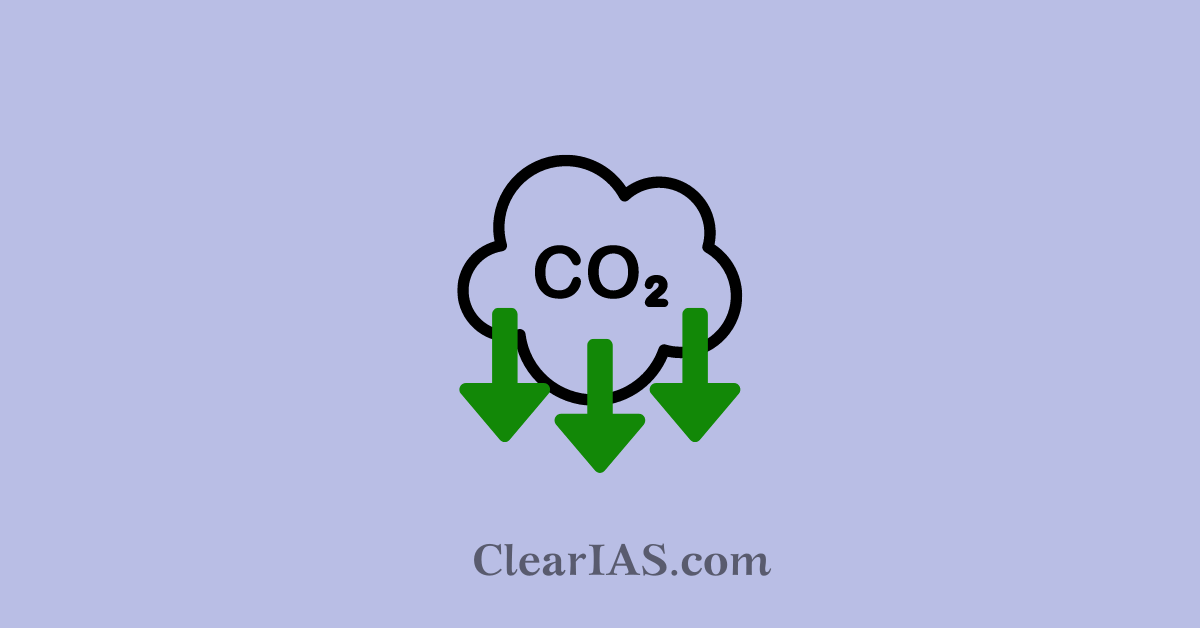 The most often produced greenhouse gas is carbon dioxide. The technique of removing and storing carbon dioxide from the atmosphere is known as carbon sequestration.

It is one way to lessen atmospheric carbon dioxide to slow down the rate of climate change.

The two major types of carbon sequestration are geologic and biologic.

Sustainable Development Goal 13 (SDG 13: Climate Action), which focuses on taking immediate action to address climate change and its effects, is in line with research into carbon sequestration.

The long-term storage of carbon in vegetation, soil, rock formations, and the ocean is known as carbon sequestration.

Carbon is often stored through the process of carbon sequestration, which can happen both naturally and as a result of human activity.

The idea is to stabilize carbon in solid and dissolved forms so that it doesn’t cause the atmosphere to warm. The process shows tremendous promise for reducing the human “carbon footprint.”

Learning how to capture and store carbon dioxide is one-way scientists want to defer the effects of warming in the atmosphere.

This practice is now viewed by the scientific community as an essential part of solving climate change.

There are majorly three types of Carbon sequestration:

The methods or process involved in carbon sequestration or carbon capture occurs naturally, but are encouraged artificially as well-

Forests as Carbon sinks for sequestration

Depending on their characteristics and local circumstances, forests can play different roles in the carbon cycle, from net emitters to net sinks of carbon.

In cases when the net balance of carbon emissions is positive, forests contribute to enhancing the greenhouse effect and climate change.

Forests and their role in the carbon cycle are affected by changing climatic conditions.

Earth’s forests, farms, and grasslands have historically absorbed about 25% of human carbon emissions.

For plants to flourish and sequester carbon, scientists and land managers are working to maintain landscapes vegetated and the soil moist.

The ocean’s upper layer absorbs up to 30% of the carbon dioxide that humans release when we burn fossil fuels.

However, this increases the acidity of the water, and ocean acidification makes it more difficult for marine life to develop their shells.

To track changes brought on by carbon sequestration and modify fishing techniques, scientists and the fishing industry are taking proactive measures.