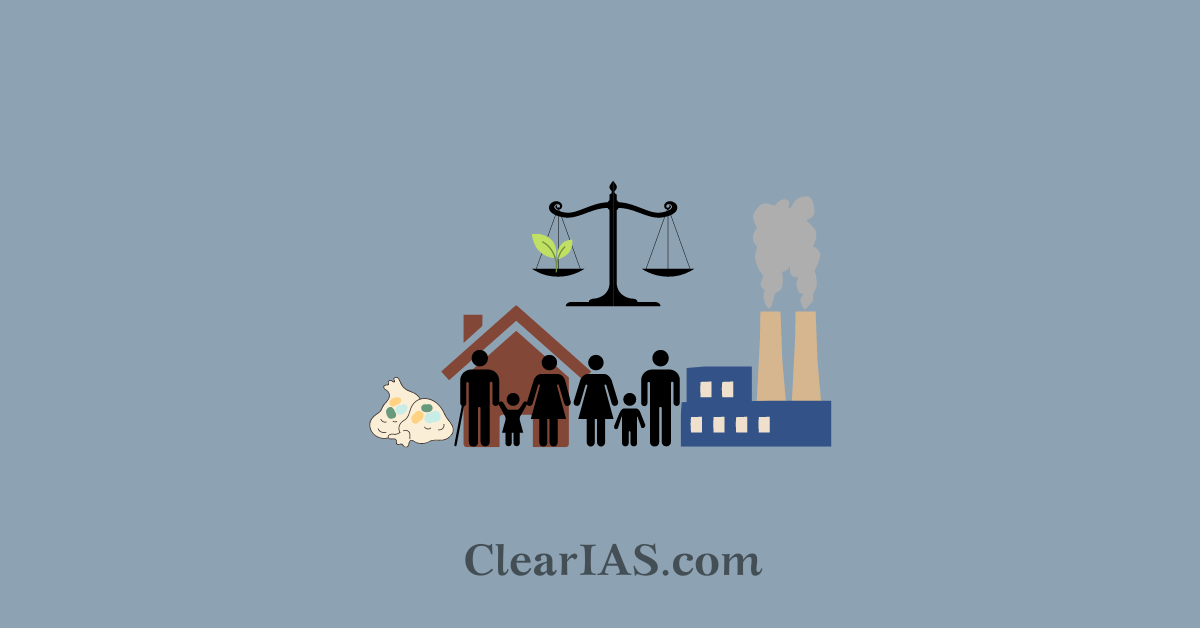 What is Environmental Racism? What is the significance of the concept? Who are the victims of this?  Environmental racism is unknown to many of us. It is essential to be aware of such injustices and work towards reducing the damage. Here we have explained the crux of the matter with suitable examples.

It refers to the way that minority group neighborhoods, which are predominately made up of people of color and economically underprivileged residents, are burdened with an excessive number of risks, such as toxic waste facilities, landfills, offensive odors, and other sources of environmental pollution that reduce the quality of life.

Because of the complicated governmental challenges brought on by a history of systemic disenfranchisement, the problems can be difficult to solve and can be problematic.

Instances of Environmental Racism around the globe

The indigenous Inuit community of the arctic areas of Canada is protesting against the iron ore mining companies on their land. They protested at -30 degrees Celsius against the planned expansion of the mine and adjacent railway line. The mining activity had caused their age-old practice of hunting and fishing to be adversely affected and they fear it will further damage their environment.

North America has numerous cases of environmental racism going on without any reprieve to the aggrieved.

Native Americans are undoubtedly the most severely affected by environmental racism for decades. The Commission for Racial Justice found that about 50 percent of all American Indians live in communities with uncontrolled hazardous waste sites.

Other cases like the 2014 poisoned water tap in Flint, Michigan which made 6000-12000 children sick are caused due to neglect of environmental laws in socioeconomically backward regions. To save money, the city changed its water source to the Flint River but failed to treat the new supply adequately, exposing its 100,000 majority-black inhabitants to dangerous levels of lead from aging pipes and other contaminants such as E. coli.

Guiyu is a town in China where 80% of children have been poisoned by old computer parts. Electronic waste (e-waste) recycling has remained primitive in Guiyu, and thus contributes to the elevation of blood lead levels (BLLs) in children living in the local environment.

China might be the fastest growing economy in the world but its ecological concern is disastrous and it seems advertently harming its people, especially the poor.

Australian planners, to protect urban residents from pollution, assigned some areas as sacrifice zones for noxious and polluting land uses. This is where the marginalized and vulnerable people are pushed to places with low environmental quality.

In Australia, such places are frequently home to Indigenous people, and migrants, working for poor, homeless, welfare-dependent, and other vulnerable populations, partly because they cannot live elsewhere. This inequitable concentration of vulnerable people in hazardous places is called environmental injustice

In more developed areas of Nigeria, close to the Niger Delta, incidences of oil spills, the burning of toxic waste, and urban air pollution are issues.

In support of the Ogoni people, who are native to Nigeria’s oil-rich Delta region, numerous websites have been made.

“A lack of access to adequate, reliable, cost-effective, and clean energy carriers and technologies to meet energy service needs for cooking and those activities enabled by electricity to support economic and human development” is referred to as “energy poverty.” Energy poverty is a problem in many South African areas.

One instance of environmental racism that takes place on a global scale is the export of harmful waste to developing nations.

The poorer or third world countries are victims of this injustice by the so-called developed nations for decades.

Environmental racism in India is highlighted by the North East environmental controversies, proposals to auction off forests in central India for coal extraction, and the weakened Environmental Impact Assessment (EIA) framework as a result of the draught EIA announcement 2020, among other things.

It is considerably harder than one might imagine fighting for environmental justice.

Numerous groups that support environmental racism frequently boost the local economy in the short term, which forces residents to make trade-offs between their long-term well-being and supporting their families.

The individuals and organizations in positions of authority need to realize the harm that they are causing to minorities in the name of financial gain; they should not only remove any hazardous garbage that is already there but also forbid its future placement close to minority populations.

Hopefully, the numerous demonstrations and advocates for the cause will be able to exert the necessary pressure.

In the end, we must remember that no person is expendable and the price of progress or development cannot be a person or a community.

India needs to have its moment of environmental racism as Tribal groups and many other vulnerable sections of the society have been facing the brunt mostly. Comment. (250 words)