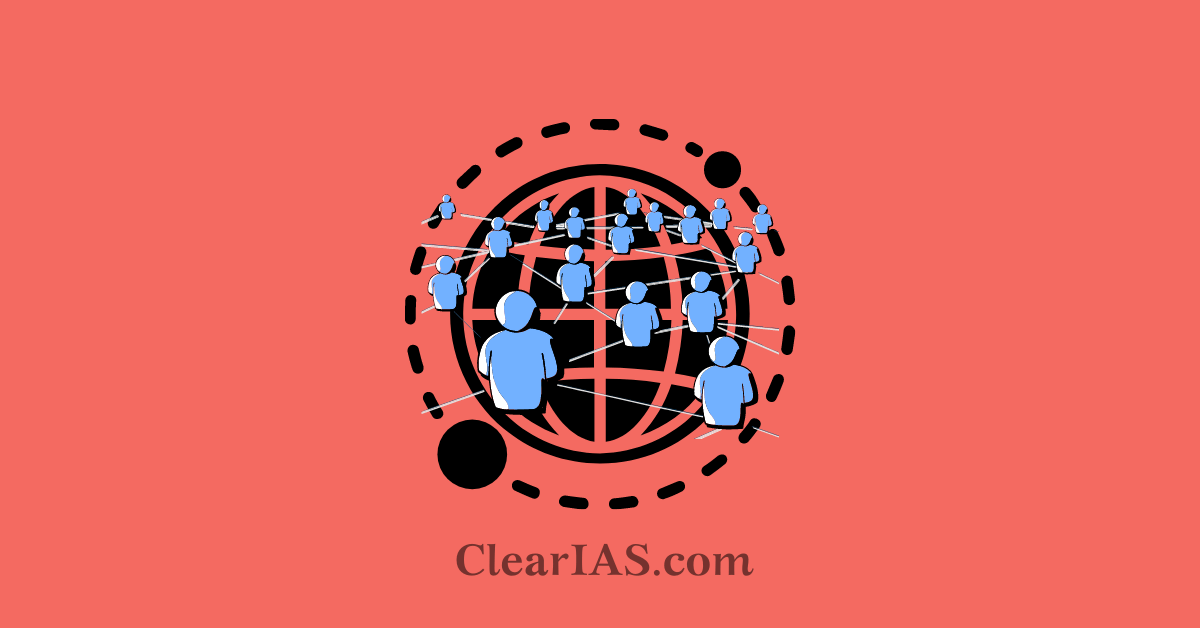 Globalization has virtually diminished the distances and connected the whole world. Read here to know the effect of globalization on Indian society.

Globalization is a term used to describe how trade and technology have made the world a more connected and interdependent place. Globalization also captures in its scope the economic and social changes that have come about as a result.

In today’s world, consumers have a wide choice of goods and services before them. The latest models of digital cameras, mobile phones, and televisions made by the leading manufacturers of the world are within the reach. Every season, new models of automobiles can be seen on Indian roads. Gone are the days when Ambassador and Fiat were the only cars on Indian roads.

Today, Indians are buying cars produced by nearly all the top companies in the world. A similar explosion of brands can be seen for many other goods: from shirts to televisions to processed fruit juices. Such a wide-ranging choice of goods in our markets is a relatively recent phenomenon.

One wouldn’t have found such a wide variety of goods in Indian markets two decades back. In a matter of years, our markets have been transformed! How do we understand these rapid transformations? What are the factors that brought about these changes? And, how did these changes affect the lives of the people? The answer to all these questions starts with ‘globalization’.

Effect of globalization on Indian society

Globalization has several aspects and can be political, cultural, social, and economic, out of which financial integration is the most common aspect. India is one of the fastest-growing economies in the world and is predicted to reach the top three in the next decade.

India’s massive economic growth is largely due to globalization which was a transformational change that didn’t occur until the 1990s. Since then, the country’s gross domestic product (GDP) has grown at an exponential rate.

The many effects of globalization on Indian society and multiple aspects of it have been discussed here.

Impact of globalization on the Indian economy

Overall, globalization has improved various aspects of India, like:

The reduction of export subsidies and import barriers enabled free trade that made the Indian market attractive to the international community. The untapped potential of the nascent Indian market was opened to the global market and the significant changes were made to its industrial, financial, and agricultural sectors:

Industrial sector: It saw a massive influx of both foreign capital investments’ India became a favorite offshore market for pharmaceutical manufacturing, chemical, and petroleum industries. This brought advanced technologies and processes that helped in the modernization of the Indian industrial sector.

Agricultural sector: India still has a largely agrarian society, with a significant majority of the country’s population depending on this sector either directly or indirectly for their livelihood. The new technological capabilities of farmers have increased helping drive global exports of Indian products such as tea, coffee, and sugar.

The betterment of these sectors has brought about an increase in national income, employment, exports, and GDP growth.

Advantages of globalization for India

The cultural impact of globalization on Indian society

The process of globalization increased access to television and other entertainment sources over the years. Even in the rural areas satellite television has an established market. In the cities, Internet facility is everywhere and it is being extended to rural areas also through schemes like Smart Cities Mission.

There is an increase in the global food chain and restaurants in the urban areas of India. Multiple movie halls, big shopping malls, and high-rise residential are seen in every city.

The entertainment sector in India has now obtained a global market. After economic liberalization, Bollywood expanded its area and showed a major presence on the global scale. Bollywood movies are quite famous in Middle Eastern and many African countries as well.

Western styles began to be incorporated into Bollywood films to expand the outreach.

Bollywood movies are also distributed and accepted at the international level. Big international companies like Walt Disney, 20th Century Fox, and Columbia Pictures are investing in this sector.

Similarly, famous International brands such as Armani, Gucci, Nike, and Omega are also making investments in the Indian market with the changing of fashion statement of Indians.

Women are getting the equal opportunities they very well deserve now in more numbers due to the globalization of the market. Their empowerment has given considerable opportunities and possibilities for improving employment conditions through global solidarity and coordination. It is found that the growth of computers and other technologies enabled women with better waged, flex timings, and capacity to negotiate their role and status in-home and at the corporate level.

Effects of Globalization on Indian Education:

There is a profound effect observed in the educational sector due to globalization such as the literacy rate becoming high.

The shift from largely uneducated to an industrial society to an information society has gradually taken shape.

Many government schemes like the ‘New Education Policy’ are pushing for a more global education system to make Indian students from every walk of life at par with the global community.

Challenges of globalization in Indian society

The effects of globalization on Indian society are manifold and have been discussed in detail. The process of globalization has changed the industrial pattern and social life of people. This has had an immense impact on Indian trade, finance, and cultural system.

The globalization of the economic, social, and cultural structures happened in simultaneously. Previously, the pace of the process was slow but now the change is happening in every arena at lightning-fast speed with the use of information technology.

Globalization has resulted in an increase in the production of a range of goods and services. MNCs have established manufacturing plants all over the world. It has positive effects on India and the administration is trying its best to overcome many obstacles and adopt global policies to expand business an international scale.

India is surely gaining international recognition which leads to the strengthening of economic and political areas.

Truly, globalization has made the world a small place, a whole lot of different people interconnected in diverse ways.