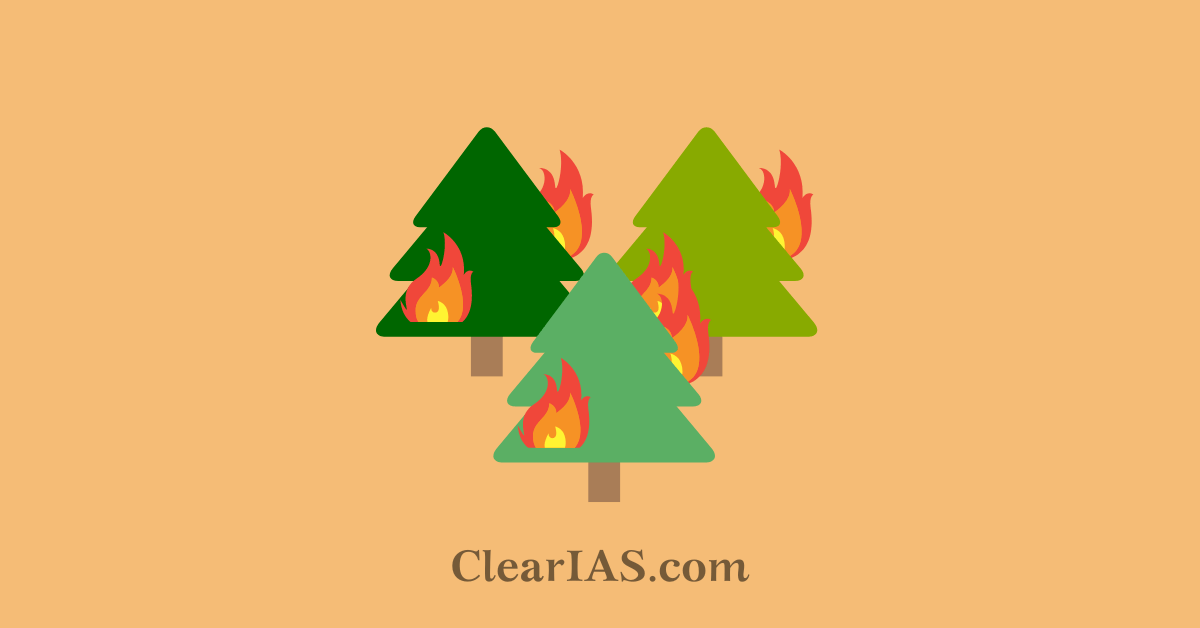 The incidence of forest fires is increasing year by year. Read here to know the cause, effects, and mitigation efforts for it.

Wildfires are a natural occurrence within some forest ecosystems, but in a few years, the fires are becoming more extreme and widespread. Hotter and drier weather caused by climate change and poor land management create conditions favorable for frequent, larger, and high-intensity forest fires.

The fire in the Amazon rainforest during 2019-21 razed millions of acres of the world’s largest tropical forest.

Forest fires can be defined as any uncontrolled and non-prescribed combustion or burning of plants in a natural setting such as a forest, grassland, brushland, or tundra, which consumes the natural fuels and spreads based on environmental conditions (e.g., wind, topography).

Fuel, Oxygen, and heat sources help the spreading of wildfires:

In tropical forests, local and indigenous communities have used fire for ages to clear land for agriculture.

There are three basic types of fires:

In the Indian context, the causes of fire are a combination of natural and manmade-

Mitigation measures by the government

The incidence of forest fires in the country is on the increase and more area is razed each year. The major cause of this failure is the slow and gradual approach to the problem.

Both the national focus and the technical resources required for sustaining a systematic forest fire management program are lacking in the country.

Taking into consideration the serious nature of the problem, it is necessary to make some major improvements in the forest fire management strategy for the country.

The Ministry of Environment, Forests, and Climate Change has prepared a National Master Plan for Forest Fire Control. The Forest Survey of India (FSI) monitors the incidence of wildfires.

This plan proposes to introduce a well-coordinated and integrated fire-management program that includes the following components: