ClearIAS » Science and Technology Notes » The Universe: Everything you need to know 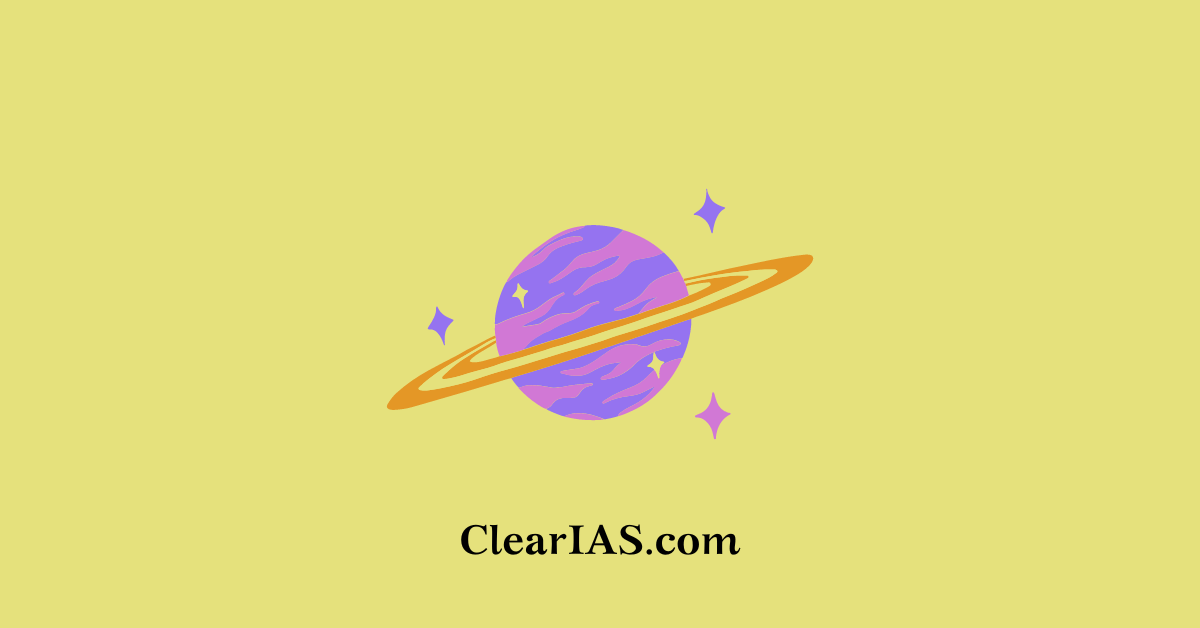 We often heard of the term ‘Universe’. What is actually known as the Universe? Can we measure its size? What is it composed of? Read here to know all the interesting facts about the universe.

The Universe includes all that we can see, hear, feel, detect, and measure. It consists of time, light, galaxies, dust clouds, stars, and planets. Matter, space, and time were non-existent before the creation of the universe.

There are countless millions of galaxies in the universe. There are millions of stars in each of these galaxies.

We still don’t know how big the universe is, thus we can’t see the edge. There is neither a centre nor an edge to the universe.

The universe’s creation is explained by the Big Bang Theory. A massive explosion occurred in the universe when it was only 10-34 of a second old or older, and it caused the universe to expand. Its expansion proceeded more quickly than the speed of light. The size of the universe doubled at least 90 times over this period.

Nobody can hear your screams in outer space. This is due to the fact that space is a vacuum and devoid of any air. A vacuum cannot be entered by sound waves.

About 100 kilometres above the Earth, where the atmosphere that surrounds our planet vanishes, the term “outer space” first arises. Space looks to be a black blanket with stars scattered across it because there is no air to reflect sunlight and create a blue sky.

Typically, space is thought of being entirely empty. However, this is incorrect. Huge amounts of thinly distributed gas and dust occupy the immense spaces between the stars and planets. There are at least a few hundred atoms or molecules per cubic metre in even the most empty areas of space.

Additionally, there are other radiation types in space that are harmful to astronauts. The Sun is primarily responsible for this infrared and ultraviolet energy. Cosmic rays, gamma rays, and high energy X-rays—particles moving at nearly the speed of light—arrive from far-off star systems.

All the energy and matter are present in the universe. As the simplest atomic element with simply a proton and an electron, hydrogen makes up a large portion of the universe’s observable matter (if the atom also contains a neutron, it is instead called deuterium).

A molecule is made up of two or more atoms sharing electrons. An aggregate of several trillions of atoms is a dust particle. An asteroid is created by mixing a few tonnes of carbon, silica, oxygen, ice, and a few metals. Or create a Sun-like star by combining 333,000 Earth masses of hydrogen and helium.

In addition, there appears to be a lot of matter and energy in the universe that we cannot directly observe. Less than 5% of the universe’s matter is made up of stars, planets, comets, sea otters, black holes, and dung beetles all combined. The remaining substance is made up of around 68 percent dark energy and about 27 percent dark matter, neither of which is even vaguely known.

Dark matter and dark energy, which are referred to as “dark” because they are difficult for scientists to directly witness, are necessary for the functioning of the universe as we currently understand it. At least not yet.

The size of the universe has changed over time. According to scientists, the Big Bang, which occurred almost 14 billion years ago, is where it all started. Since that time, the Universe has been rapidly expanding.

Therefore, compared to when the Universe was extremely young, the amount of space that we can see today is billions of times larger. As the distance between them widens, the galaxies are also getting farther away.

Humans continue to reveal the mysteries of the cosmos thanks to ever-improving technology, knowledge, and creativity. This endeavour is aided by and results in fresh insights and creative ideas.

There are billions upon billions of other stars in the galaxy, yet we haven’t even sent a space probe to the nearest one yet. Even the planets in our own solar system have not been fully discovered by humans. In other words, the majority of the cosmos is yet unknown.