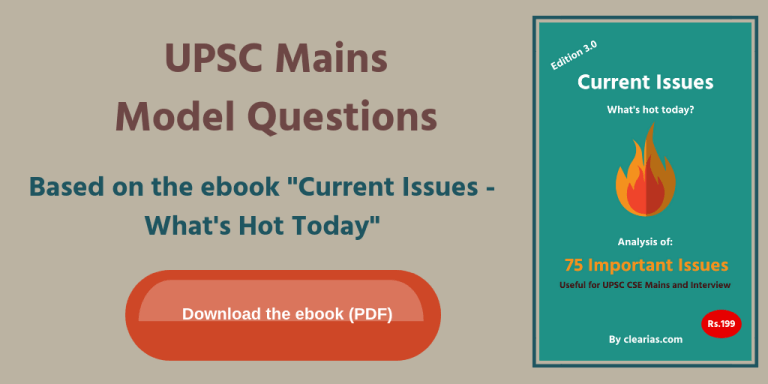 Note: For answer hints, you may refer to the corresponding topic in the eBook “Current Issues – What’s Hot Today? [Analysis of 75 Important Events of National and International Importance]”