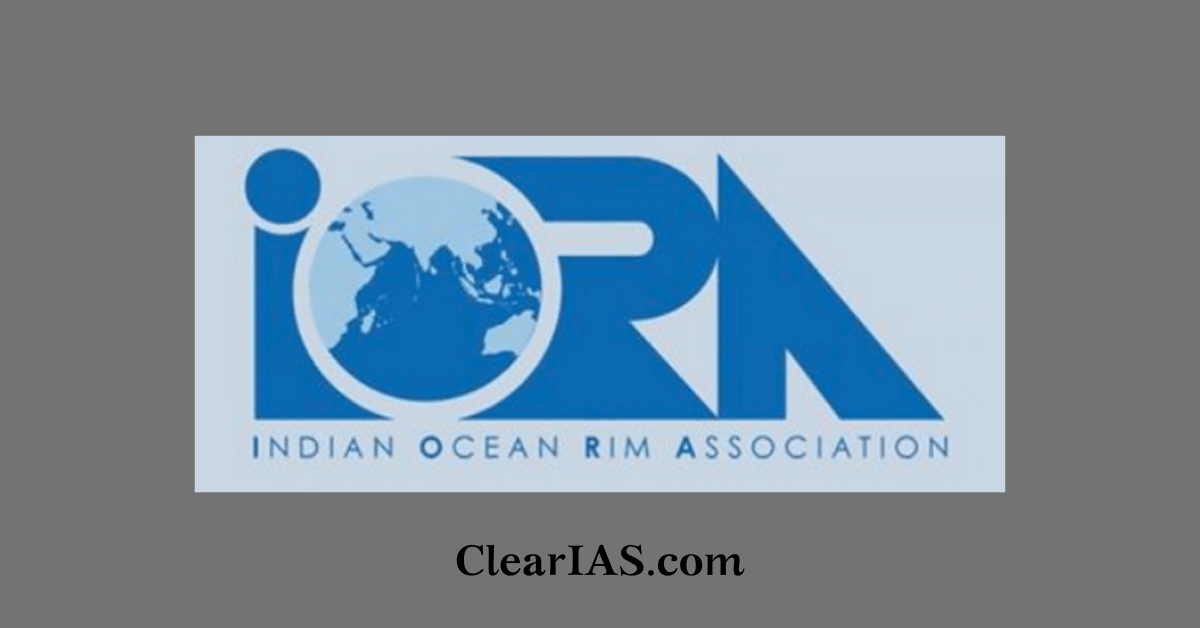 What is Indian Ocean Rim Association (IORA)?  Who are its members? What are its objectives? What are the major initiatives taken by IORA? Read further to know more.

India is a peninsular nation with the Indian Ocean on its three sides.

Indian ocean rim association (IORA) was established under the leadership of India, to ensure the sustainable development of the Indian Ocean region.

The idea for IORA first surfaced during the late South African President Nelson Mandela’s 1995 visit to India, where he stated:

“The natural urge of the factors of history and geography should broaden itself to include the concept of an Indian Ocean Rim for socio-economic cooperation…” This sentiment and rationale underpinned the formation of IORA. Two years later, it was established in 1997, and Mauritius serves as its secretariat.

IORA is an intergovernmental organization dedicated to fostering regional cooperation and sustainable development in the Indian Ocean region through its 23 Member States bordering the Indian Ocean and 10 Dialogue Partners. It is a regional forum that is tripartite in nature and brings together representatives of Government, Business, and Academia, in order to foster cooperation and closer engagement among them.

It is founded on the tenets of open regionalism and aims to strengthen economic cooperation, notably in the areas of investment and trade facilitation, promotion, and social development in the region.

Who are its members?

In order to advance steady growth and balanced development within the Indian Ocean region, IORA improves cooperation and communication with its Member States, namely:

All sovereign nations bordering the Indian Ocean are eligible to become the member of IORA. States must uphold the goals and tenets outlined in the Association’s Charter to join it. 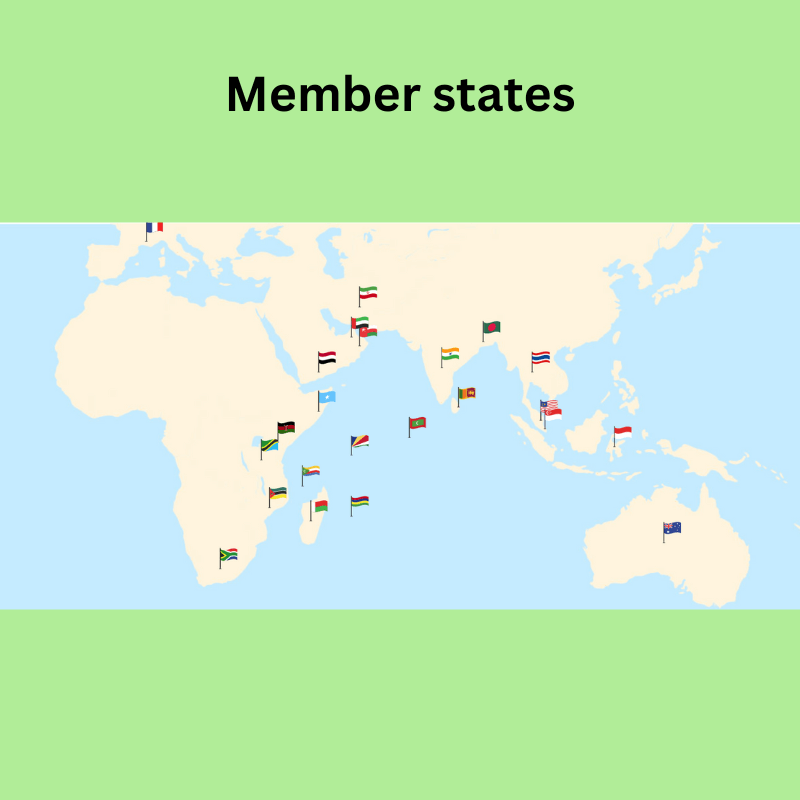 A committee of senior officials (CSO) gathers twice a year to advance the agenda of IORA and to consider recommendations made by working groups and forums of government representatives, business leaders, and academics for the implementation of programs and initiatives to enhance the quality of life for citizens in the Indian Ocean Member States.

IORA confronts a number of challenges that hinder it from developing into a highly effective and significant regional organisation. These challenges vary from structural flaws to external geopolitical tensions that penetrate IORA and prevent cooperation.