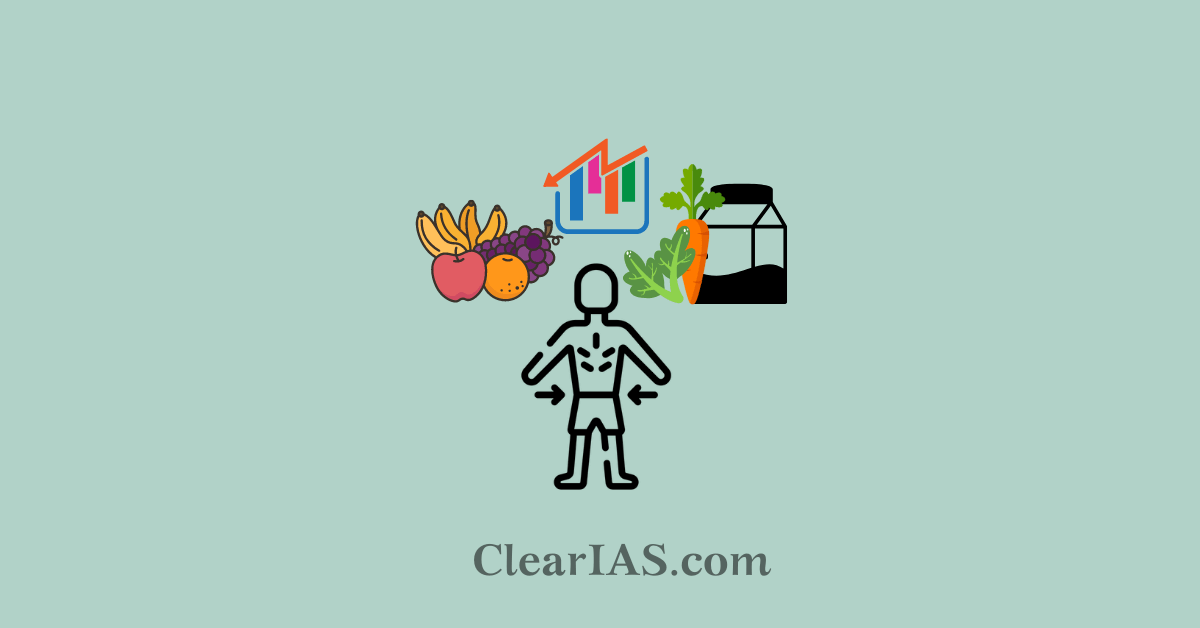 Malnutrition in India is a complicated problem. It serves as an illustration of how India is a country of extremes. Many people in the population are poor and unable to buy as much food as they require. In contrast to this, obesity is becoming a more widespread problem across the nation. Read here to understand more about the issue of malnutrition.

Over 40% of youngsters receive less food than they should, and almost a third of Indians are thought to be malnourished.

The Indian government is raising food subsidies to solve this issue, but there are still problems because of the country’s fast-expanding population and the increased share of its citizens who live in urban areas.

Regarding its global standing as a crucial indication of human development, the Global Hunger Index (GHI) 2022 has handed India more dismal news. India came in at position 107 out of 121.

The double burden of malnutrition consists of both undernutrition and overweight and obesity, as well as diet-related noncommunicable diseases.

The gap in India’s nutrition status

Undernutrition and stunting persist as roadblocks for the country. India is the home to almost one-third of all the world’s stunted children and half the world’s wasted children.

As per the NFHS-5, wealth quintile analysis gives us a further grim picture – half of all children from families in the lowest income quintile are still stunted or underweight. While India has made sustained rapid progress economically, the nutritional status of the country remains at odds.

In India, this situation is complex, as, despite the GDP rise of the country in recent years, untold numbers still live in abject poverty.

Major causes of malnutrition in India

The government is running various schemes that aim to curb the malnutrition problem.

It was launched in 1975 and the program aims to provide food, preschool education, primary healthcare, immunization, health checkups, and referral services to children under 6 years old and their mothers.

Pradhan Mantri Matru Vandana Yojana (PMMVY) is a Centrally Sponsored DBT scheme with a cash incentive of ₹ 5000/- (in three installments) being provided directly in the bank/post office account of Pregnant Women and Lactating Mothers.

The government of India has launched the National Nutrition Mission (NNM), also known as POSHAN Abhiyaan, to eradicate malnutrition by the year 2022.

The mission was launched in 2018 to accelerate anemia decline by one to three percentage points annually.

It aims to improve nutrition levels among school children in addition to increasing enrolment, retention, and attendance.

NFSA Assuring food and nutrition security for the most vulnerable is the aim of this law, which makes access to food a legal entitlement.

Malnutrition in India is a multi-dimensional problem hence the Government efforts should prioritize three key areas: