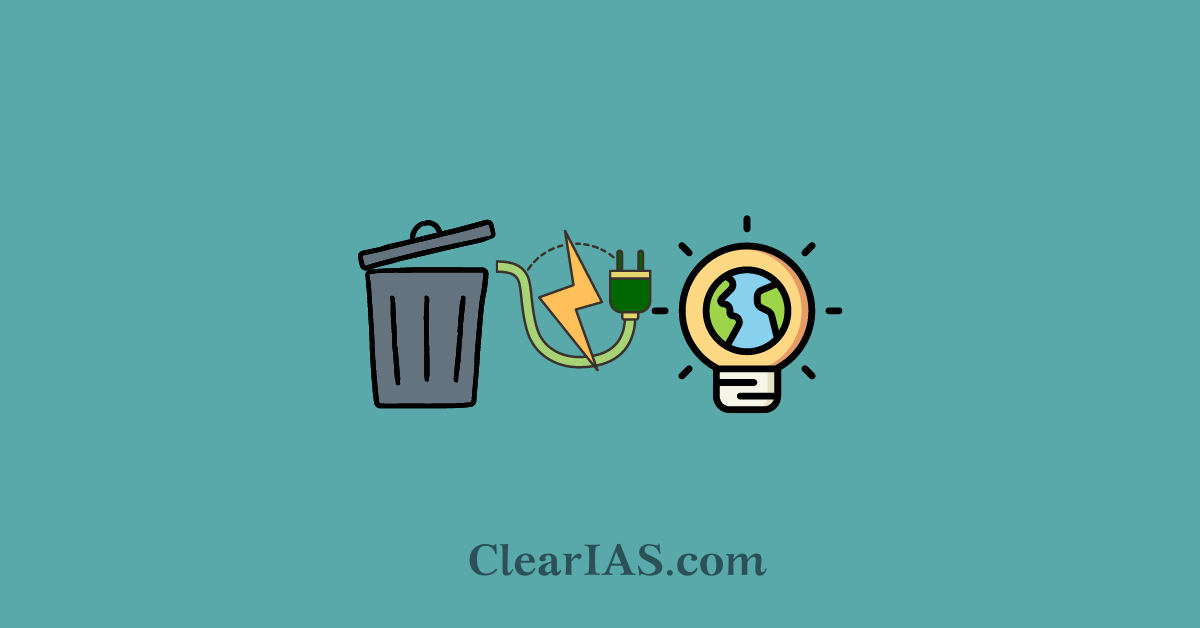 A waste management facility known as a waste-to-energy plant burns garbage to create power. The role of waste-to-Energy plants in urban infrastructure is immense as they are substitutes for fossil fuels for generating electricity. Read here to understand more about them.

A study back in 2019 reported that nearly half of the country’s waste-to-energy plants were lying defunct. And the functioning plants were running at low capacity.

The government has now taken up the cause of waste-energy plants again to move towards garbage-free cities.

In this direction, we are moving forward through the construction of toilets and preparing waste-to-clean energy plants, solar rooftops, and LED lights.

Along with this, encouragement is also being given to Pradhan Mantri Shahari Awas Yojana, PM Svanidhi Yojana, and digital transactions.

Mountains of garbage are gradually decreasing as many plants have been set up for waste disposal, the gutter system has been streamlined and a scientific network has also been established for the collection of waste across the country.

Municipal and industrial solid trash is converted into power and/or heat for industrial processing at waste-to-energy or energy-from-waste plants.

The trash is burned at a high temperature in the energy plant, and steam is created as a result of the heat. After that, the steam powers a turbine to produce energy.

Burning rubbish not only generates power but also lessens the quantity of waste that would otherwise be buried in landfills. MSW is reduced in volume by burning by 80%. resulting in a variety of difficult-to-quantify societal and economic benefits.

Waste-to-Energy (WTE) technologies to recover the energy from the waste in the form of Electricity and Biogas/Syngas are:

Biomethanation is the anaerobic digestion of organic materials which is converted into biogas. Anaerobic digestion is a bacterial fermentation process that operates without free oxygen and results in biogas containing mostly methane (~60%), carbon dioxide (~40%), and other gases. Biomethanation has dual benefits. It gives biogas as well as manure as the end product.

Incineration technology is the complete combustion of waste (Municipal Solid Waste or Refuse derived fuel) with the recovery of heat to produce steam that in turn produces power through steam turbines.

Gasification is a process that uses high temperatures (500-1800 oC) in the presence of limited amounts of oxygen to decompose materials to produce synthetic gas (a mixture of carbon monoxide (CO) and hydrogen (H2)).

Globally, Waste-to-energy generation is being increasingly looked at as a potential energy diversification strategy.

Municipal solid waste is expected to increase to approximately 2.2 billion metric tons by 2025.

Data collected by international organizations such as the World Bank and the United Nations suggest that the higher the degree of economic development and urbanization, the greater the amount of solid waste produced.

Income level (gross domestic product or GNP) and urbanization are usually correlated as well as disposable incomes and living standards.

As the levels of these factors increase, there is a corresponding increase in the generation of solid waste, with urban residents generating almost twice as much solid waste as rural inhabitants.

Waste reduction efforts are anticipated to produce a leveling of peak waste in OECD countries by 2050, East Asia and Pacific countries by 2075, and continued growth of waste in Sub-Saharan Africa.

The Ministry of new and renewable energy is promoting all the technology options available for setting up projects for the recovery of power in the form of Biogas/BioCNG/Electricity.

The energy can be generated from agricultural, Industrial, and urban wastes of renewable nature such as municipal solid wastes, vegetable, and other market wastes, slaughterhouse wastes, agricultural residues, and industrial/STP wastes & effluents.

To facilitate geographical mapping of the different types of waste availability and its energy generation potential across India, GIS Based Waste Mapping Tool has been developed under GEF–MNRE–UNIDO PROJECT.

The increase in environmental degradation causes catastrophic threats to health, safety, environment, and the destabilization of natural resources by the modern production process and their waste generations are quite alarming.

The piling of municipal solid waste (MSW) is of serious concern for every country and India is no exception to any of these issues.

Importantly, still, the municipal solid waste generated in the country is not fully disposed of with scientific methods for zero-waste systems, including energy waste.

Some of the core issues with waste management in India are present at the foundational level since most stakeholders, especially the state governments and local bodies, are heavily focused on the collection, transportation, landfilling, or dumping or burning on streets.

It is time to find scientific solutions with institutional networks at a decentralized method with community involvement.

Mostly, the Waste-to-energy plants have failed in India, but a step in the right direction is being taken to set up the defunct plants with compliance to NGT and environmental laws.